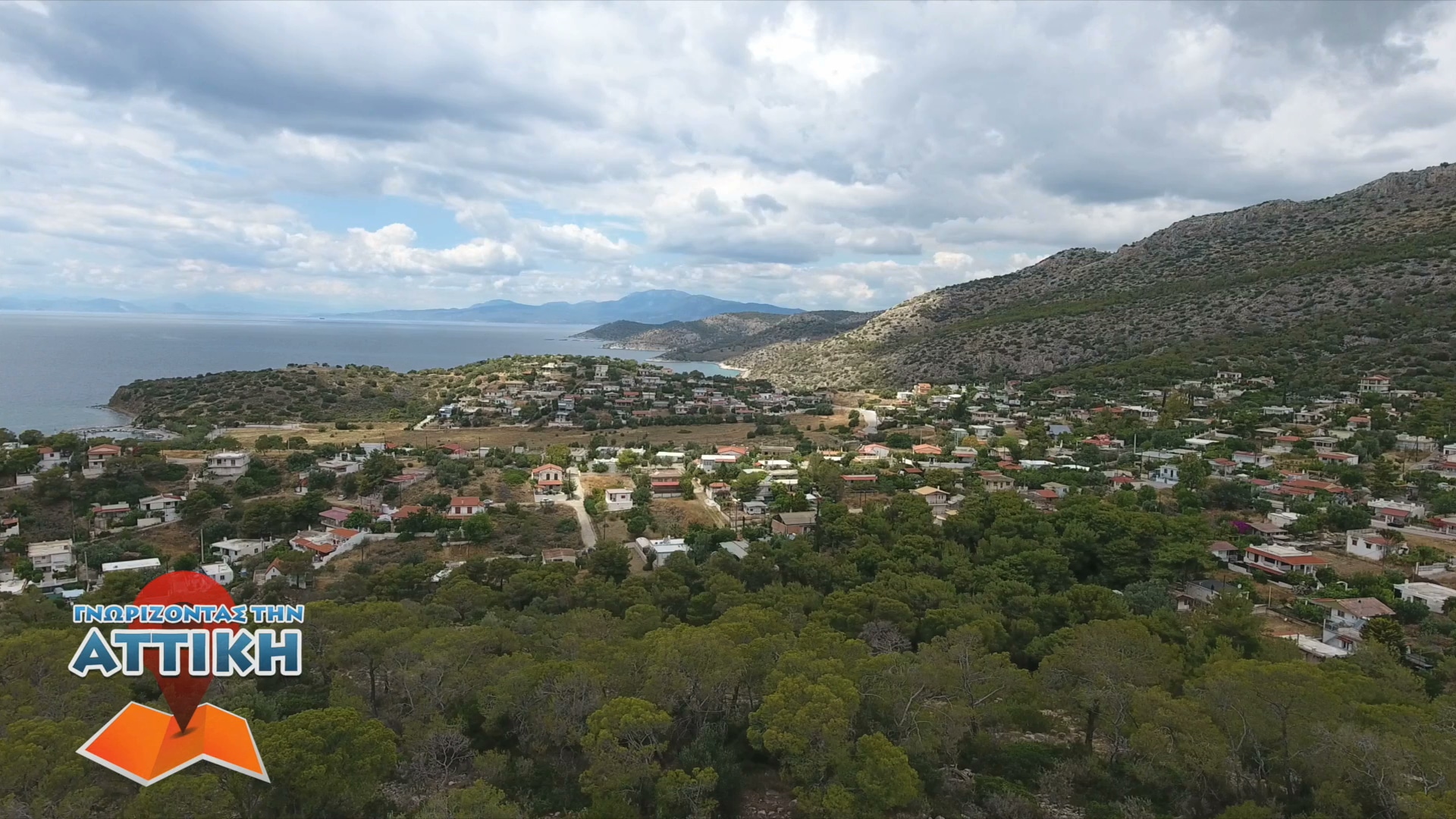 Salamina: the monuments and lighthouse (Ep.2)

For the continuation of my tour of Salamina, I set out to leave the paloukia in place and head to the long-suffering Kynosura, (or Kynosoura, “dog tail” that is) where the historic naval battle took place, before descending south towards Selenia and Kolones.

Before I got back in to my car, I thought I’d take a walk and look at boats. In the small port in front of the municipal fish market building are the fishing boats that supply daily with fresh fish and seafood the fish market stalls and taverns.

The setting was ideally complemented by fishermen repairing their nets. So all I had to do was go for a walk in the fish market to see what fish they caught. I <hit> them early so they will reveal to me what’s is so special about Salamis octopuses. The Communicators where eager to explained to me that the sea of Salamina, apart from the well-known and delicious Mediterranean fish is full of shellfish that constitute the main meze of octopuses, which is why these well-fed molluscs have a party taste on our palate. On this visit, however, I learned something about myself…

And back in the car. Having filled the Skoda Octavia G-Tec with natural gas from Athens, I have ensured that the road trip to the south of Salamina will be economical and ecological. For my safety, Interamerican has taken care of me, so, without fear, but passionately I go to the port of ancient Salamina with the long-suffering tomb of Salamis and the heavy brass monument, the placement of which sparked a new battle, this time on earth among the descendants of Themistokleus. And as if that was not enough, this great archaeological site, despite attempts at expropriation, still belongs to a private individual! Thus, the robust Salamina soldiers of the sculptor Achilles Vassiliou were left to aim with their spears, not the Persian fleet, but the shipyards of Kynosoura (which have been installed for decades) in the historical straits of Salamina.

Of course, the format taken by Western European culture, its the transformations and its domination in world history are the subjects of a long scientific and philosophical debate. We’re not going to have it now!
Now, I take advantage of the achievements of Western civilization and continue with my nice car, making small stops, for my descent to Selenia.

In the central square of the picturesque seaside settlement dominates the large church of Ag. Nikolaos. The characteristic Aegean architecture of the temple, with the white light and the blue of the sea, enhances the island atmosphere complemented by genuine images of the Greek summer. The southeastern part of Salamina is verdant and full of beaches and coves, such as Maroudi, which is an small harbor of small boats and an up-and-coming tourist destination.

The neighbouring Peristeria are known for the <cave-quiet> of the tragic poet Euripides, the youthful fun on the beach and their natural anaglyph, with the rocky islets on the opposite side, breaking the monotony of the blue of the sea.

Salamina from above, the imperfections are not visible and problems are not heard, and is attractive as a <nymph>. An underrated safe and friendly destination, with extremely easy access and a remarkable tourist product, which claims – rightly so – a place in our heart and our travel agenda.

At the southernmost tip of the island, Lykopoulos Bay in Kolones is home to one of the most beautiful stone lighthouses in Greece which is now making a second career on Instagram against the background of usually sunset <games>…