What's the explanation for what's going on?

by Exploring Greece TV
in ATTICA, North Attica
A A

Penteli is one of the places in Attica that we can say that for many she hides various secrets and strange phenomena. Starting from the cave of Davelis to the inits that has been said many times that come out in various parts of Athens, Penteli is the place for those who love mysteries.

Many mysteries around Penteli,and one of them has to do with a certain part of the road.

The reason for a strange climb, as they call it, in which cars move as if they are… Downhill! This climb is located at the point from the 3rd to the 4th kilometer. What exactly is going on there, on the road between Penteli and Nea Makri? So there, the road looks uphill, the cars start to accelerate as if they were… Downhill!

And it may sound metaphysical or you can’t believe it, but that’s really happening at this point in Attica. It is a phenomenon that has been observed and recorded with video by several drivers, many of whom were skeptical at first. This phenomenon is called the phenomenon of non-physical motion and occurs at a distance of about 250 meters.

Many wonder if it is a coincidence that this point that happens the phenomenon is located in the conceivable straight with the cave of Davelis but also within walking distance of it. There is also a great deal that has been heard about her and about her connection to the Tower of Placentia. You can read more about the Tower of Placentia and the various theories here. 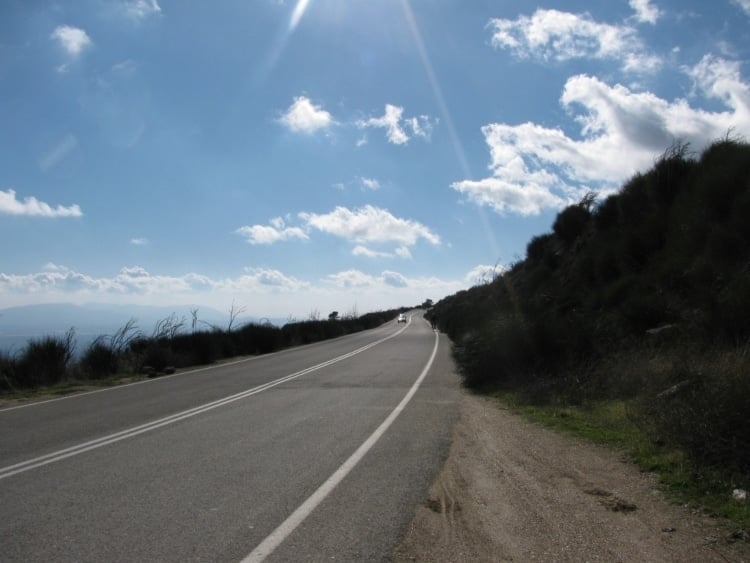 Many scenarios have been heard, as is totally logical for this place of Attica. Others report magnetic fields and that’s is the explanation that’s actually is happening. However, the prevailing view is that even slightly the ground is slightly downhill at the given point. This is said to be confirmable by using a GPS indicating altitude. Thus, according to this view the specific point of the area is such that it can cause a rare mirage to drivers and observers.

Chaos: The unknown crater in Attica that is shaped like a heart

Athens: the road that's had the same name for 25 centuries