The mysterious location in West Attica

Attica is full of places unknown to most of its inhabitants. One of them is located in western Attica and specifically in Elefsina. So there are some rocks, that create a cave. So this rock that stands there is called an sullen stone, and mythology mentions something that not many people know.

The rock, the cave and the myth in Attica

This place in Elefsina was considered sacred. That’s because according to tradition, Dimitra sat there to rest and mourn her daughter Persephone who was snatched by Pluto. But what does the cave we mentioned have to do with it? The German archaeologist Otto Rubenzon, and not only him, supported the view that the “sullen stone” consisted of a series of three rocks showing the entrance of a cave. So this was considered to be one of the entrances to the underworld.

The three rocks were accompanied by three water sources, Anthia, Panthia and Kallichronon. So there is the Plutonium, the temple in honor of Hades which is considered to have been the passage to the Underworld.

It is an shallow cave with carved steps that lead to its interior. The dark niches and enigmatic fissures of the rock on the back walls of the cave, led the ancient Elefsinians to regard them as passages to the Underworld, to the dark world of shadows, Hades.

Thus, the cave was characterized as Plutonium, associated with the worship of the God of the Underworld ,Pluto. 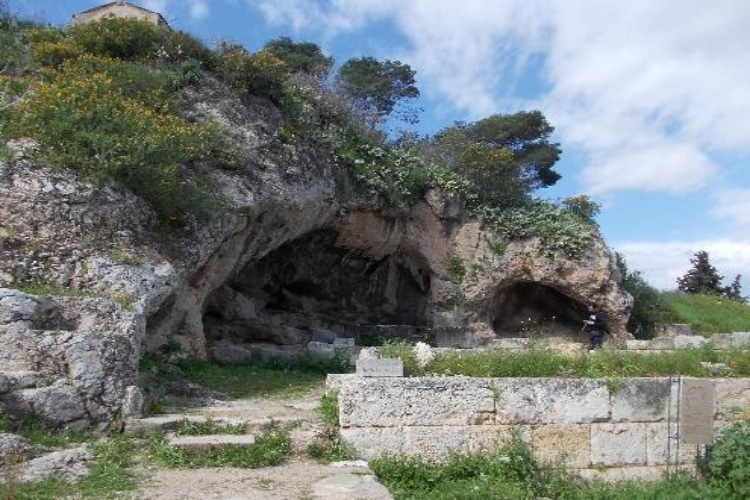 The old legends of the ancient city mention that this is where God came out and kidnapped Dimitrar’s beautiful daughter, Persephone. The various archaeological findings of the sanctuary’s orchard, such as anaglyphs dedicated to Persephone, Pluto and Dimitra, directly and connect the cave with the ancient beliefs of the inhabitants of Eleusina, and with the so-called Elefsinian Mysteries. Plutonium is located within the organized archaeological site of the Sanctuary of Elefsina, and is visitable.

Elefsina and its archaeological site 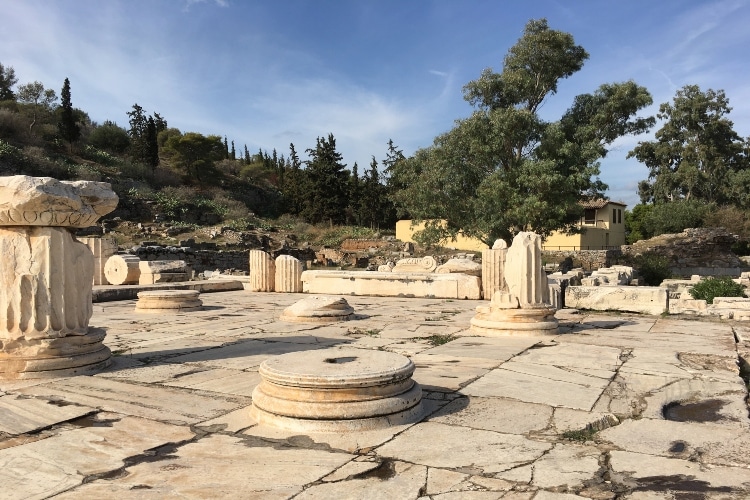 Elefsina is a city that has often gone through prosperity and decline. Its inhabitants, in the heart of their city, next to urban and industrial ruins, they lived in a different environment unaltered and mysterious through the centuries. The reason for the archaeological site of Elefsina. And who doesn’t know the famous “Elefsinian Mysteries”? These were the great celebrations in spring,the month of and the autumn. In the initiation they where excluded the culprits of murder, the those who did not speak the Greek language. The mystics returned to their place morally improved, happy, with reduced fear of death and increased hope for a better life.

Merenda: This is the unknown mountain in Attica

The large squares of Athens and how they got their names