An oasis for walking and sports in Attica

Its an area of 256 acres covered for the most part with greenery. Veikos Grove is undoubtedly one of the green oases in Athens.

Veikos Grove is located in the north of the Turkovounia and can only be described as one of the largest <lungs> in Athens. It is an ideal destination for walking for the young and old. It is a destination particularly popular in the spring and summer months. However, you will see people walking and do sports in the colder months of autumn and winter.

The name of the park was taken from Lambros Veikos. Veikos fought in 1821 and was killed in battle in 1827. He is said to have been famous for his bravery and beauty. In his honor the Greeks gave his name to the area where the Grove is located. The state to honor him gave his heirs the land and was created the Veikos Grove.

What to do in Veikos Grove 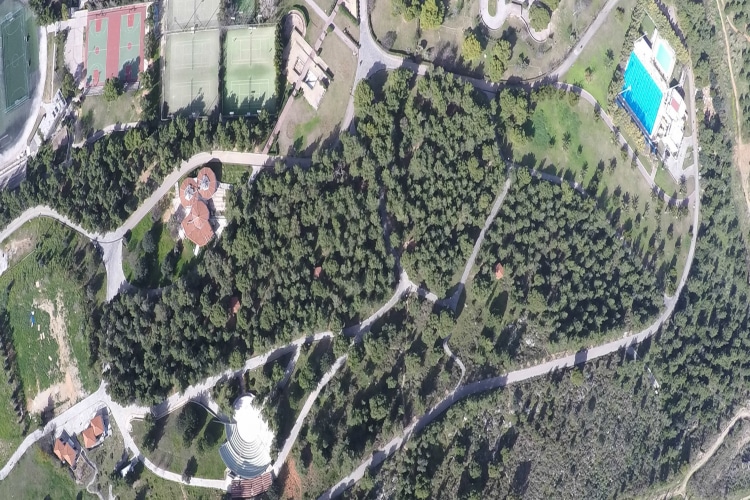 This green lung of Athens is particularly popular for its sports facilities. Among other things, the park features football fields, basketball courts, tennis courts, skateboards and outdoor fitness equipment. There are also swimming pools, a small one and a large heated one. You can also stop at the cafe shops that exist there or go for a walk with your children in the playground. Veikos Grove also has a theatre that hosts during the summer the most popular cultural events as well as a summer cinema. Volleyball, Basketball and Gymnastics Departments are available in the park’s indoor gym. It is therefore not unfairly one of the most popular destinations of Athens for the weekend. Many also choose it with their children for bike rides especially on days when the weather is good.

Opposite the Grove are the villas of Veikos inhabited by the relatives of Lambros Veikos and reminiscent of other times, when Veikos owned the area.

Syngrou Estate: One of the most beautiful lungs of Athens

Cyprus' Railway Museum: well worth a look in

Athens: The first bell to ring after 400 years of subjugation

A winter day on Mount Parnitha: the walk you must take