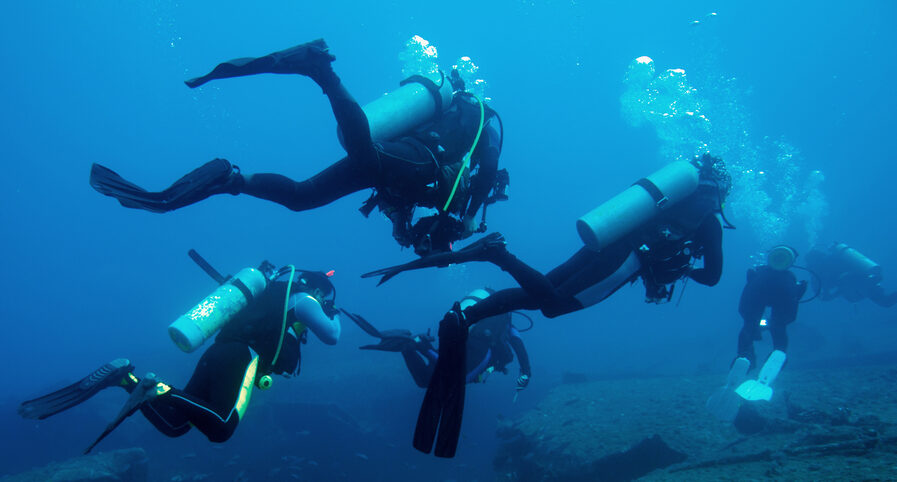 In Peristera, in the Northern Sporades Islands, the operation of the pilot project will begin.

Merchant ships, passenger ships and of course warships are waiting for divers to discover them. Go down to the bottom of the sea and take a “dip” back in time.

Wrecks. Scattered all over the Greek seas. A large underwater museum consisting of many smaller ones. An idea that becomes a reality, starting with the Sporades Islands. The first underwater museum in Greece will be created there.

Next summer, it will start as a first in Peristera, in Allonisos Island of northern Sporades Island Complex, followed by three underwater museums in the Pagasitic bay (in Volos). The truth is that the Greek waters hide many corresponding findings. “It is sufficient to bear in mind that only in the area of Fournoi we have identified58such wreckages”, the head of the Ephorate of Enalia Antiquities, Pari Kalamara, told the RES-BE.

Mrs Kalamara spoke about recreational diving and the banned habit that was first legalised in 2005. “This is where reference is made for the first time to the concept of marine diving parks and the possibility of creating underwater museums”. Fifteen years later, Greece will acquire its first underwater museums.

When is a shipwreck classified as a “monument” of the sea? It must have completed half a century of life at its bottom, that’s the answer. Merchant ships, passenger ships and of course warships are waiting for divers to discover them. Go down to the bottom of the sea and take a “dip” back in time.

And if some wreckages are prohibitive for any exploration due to the great depth of the sea, there are many others that have been declared visitable. “We have wreckages from the prehistoric era and of course the classical, the post-Roman, the Byzantine, but also much more recent”, explains Pari Kalamara.

Of course, since we are not talking about a museum with corridors and levels but on the seabed, the visit has peculiarities and safety is the first thing to be sought after. Exploration and knowledge follow.

“We have a team of eight shipwrecks in the Pagasitic Gulf and the region of Alonissos, a second of seven shipwrecks between Lavrio and Makronissos and a third in Methoni, Messinia, where one of them is located in the historically charged area of the Battle of Navarino. These three sites can be visited. Its wealth is incredible. Imagine we’ve only mapped the 5% of it.”, explains Mrs. Kalamara, showing what’s expected to come next.

For the moment, the underwater museum of Peristera is preparing to open its “gates” in the coming months. The impressive waters in the Sporades Islands, await diving enthusiasts for a completely different experience.