Rafina: The hidden beach with the unknown prehistoric settlement

Attica hides many treasures especially in summer, that enchant you and make you feel that it is located on an island in the Aegean or Ionian Sea. Such a secret exists in Rafina. The reason for a hidden beach with an unknown prehistoric settlement. It’s the Marikes. A beautiful beach known mainly to the residents of Rafina. What is also worth knowing about this particular beach is that there was a prehistoric settlement next to it.

The hidden and beautiful beach in Rafina

At a distance of 1.5 km from Rafina, Marikas beach spreads its sand to the bay at a length of 700 meters. The rocks that surround it, protect it from the south, but expose it to the north wind. It may be a beach that the residents of the area choose it a lot, but it is not considered a secret for the other residents of Attica.

Marikes, the beach with the prehistoric settlement

What many do not know even if they have been there for a swim at some point, is that next to the beach is the Ascitario. The reason for an important archaeological site of the first metallurgical attempts during the Proto-Hellenic Era, It was somewhere in 3,000 BC when in Mesogeia Attica and more specifically in Rafina had developed a settlement by ascetics in the form of morphology of the area with the well known to all of us Mount Athos.

Ascitario is a cape on the west side of Marikes Bay. Cape Ascetario has a hersoid edge towards the sea and an elevated flat top of 5-6 str. The flat top is the shape of an isosceles triangle, the two sides fall sharply towards the sea. The third one is separated from the land On the right side, there is a large pit (cave) on the rock, which a monk of the Monastery of Penteli, turned it into an ascetic, The area was called by Kalogeros or Kalogeras. 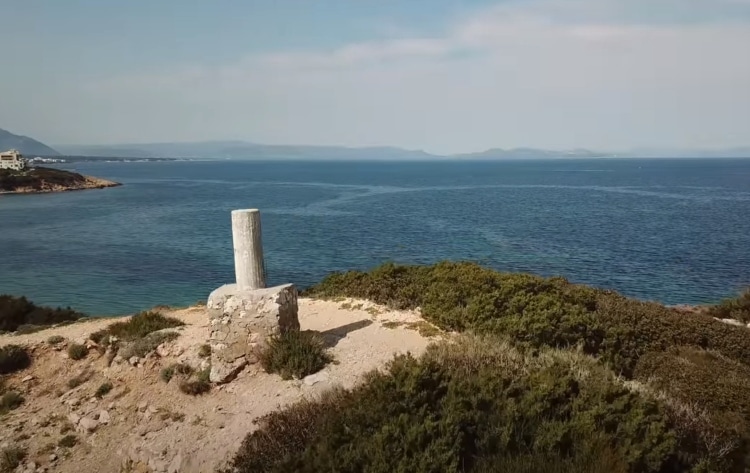 Other names have also been heard for the Ascetario, such as “aetos” and “Crocodilos” related to its shape. The view from the above at Ascetario is amazing. It appears the South Evoikos, the bay of Marathon and Penteli to the north, the mountains of Porto-Rafti and Makronisos.

Great beaches of Attica to go for a comfortable swim