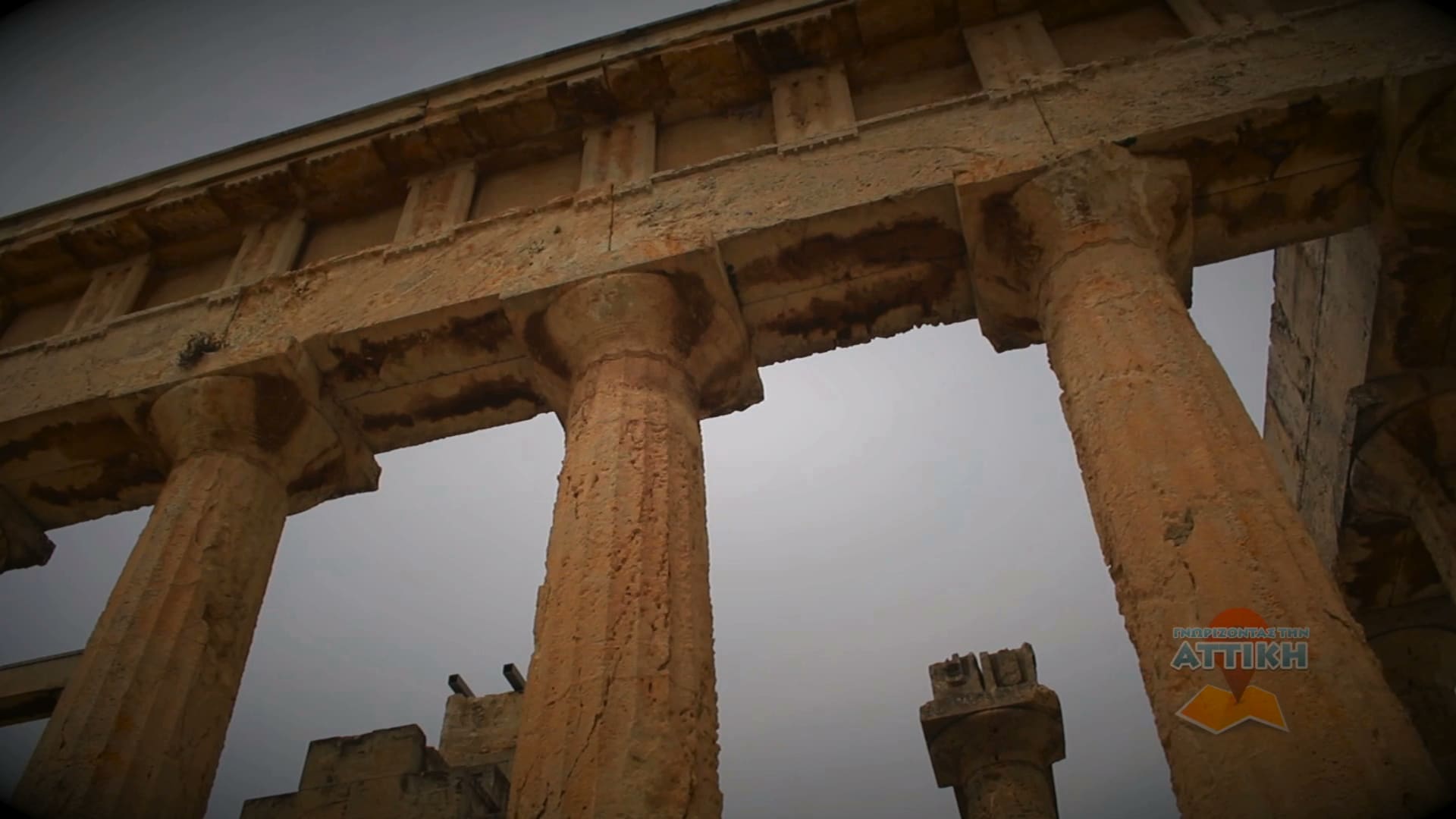 Aegina: the town and the wildlife refuge

The second episode of the beloved Aegina, dedicated to the center! I visit Aphaia for a dip in history and continue to the Greek wildlife care center!

Second day in Aegina. This time I’m going to take a nice walk around town and meet with her history. Then I will go up to the archaeological site of Aphaia to see Athens from across the street. Then I’ll board a small ground ark.

Aegina and its center

The conditions for wandering in the city of Aegina are ideal for cycling. I haven’t cycled since I was a kid. And that feeling takes me back to my childhood. The patina of time in the buildings gives it a sweet beauty. And my visual stimulus removes the intense stress of Athens.

The walk is even nicer here in the city of Aegina, in its quiet streets. Wandering through the alleys, you will see the famous tower of Spyros Marcellos. friendly and militant Aeginitis. It is one of the impressive and beautiful emblematic buildings of the city of Aegina. Dating back to 1802, it is Of Venetian type and today houses the Centre for Social Reflection of Spyros Alexiou, and hosting many cultural events. Nearby, a simple two-storey building housed the governor’s office and Greece’s first governor, Ioannis Kapodistrias. But also was the first mint for a while. The route also stops in the Metropolis of Aegina, where Kapodistrias was sworn in, in January 1828, and the Kapodistrian Orphanage on the outskirts of the city. It housed 500 orphans at that time, including those from Mesolongi who were bought from slave markets in Egypt.

If you cross the hinterland of the island, from a green and pleasant route, through fields full of pistachios you will reach the important archaeological site of Aphaia, at the top of a hill. The Temple of Doric style is said to have been modeled by the architects Iktinos and Kallikrates for the Parthenon. It has been established that with the temple of Poseidon in Sounio as the top and the Parthenon, an isosceles triangle is defined.

Continue the pleasant route in the interior of the island, in a southeastern direction. there is the Hellenic Center for the Care of Wild Animals, which has been operating on the island since 1990 and is located in Pachia Rachi. There you will meet a modern-day Noe, Giannis, who together with volunteers from different parts of the world takes care of every kind of animal kingdom, which are taken to them by real animal welfare lovers Those who are deemed able to survive alone after their recovery are reintegrated into their natural environment. For those that are not releasable, the Center acts as a shelter.

One of them is a 250 kg boar, Giannis Poulopoulos has been named it “Obelix”, while several storks, highly migratory species, have built nests above the fences of the Care Center. Its a small ark shelter the EKPAZ that offers care to 4,500 wild animals a year and is financially supported by donations. For his contribution, Giannis Poulopoulos has been honored by the Academy of Athens.

The time of departure is approaching

Before you board the ferry to Athens, take another walk in the center. If you’re going to walk around and get your appetite going, that’s fine. Next to the fish market, there are several taverns.

Nice things don’t last long in this life. The ship is about to sail to Piraeus, but that doesn’t mean I won’t come back. It seems to me that Aegina in spring is at her best. But summer is good for her, too. I will soon return to the enchanting Aegina for a swim on one of its beaches.