The area of Athens that was once a slum

The areas of Athens have changed their appearance over the years and some have become unrecognizable. Others were created more recently and others count centuries of life by changing names from time to time. Like the slum district you see in the photo which is currently located in a beautiful area of Athens. It was built after the Asia Minor disaster to accommodate some of the thousands of refugees who arrived in Athens. It was very close to the historic center of the city.

Houses hastily and carelessly built and a life that had to start from the beginning with all the difficulties accompanying such a task. No bathroom, no sanitation and no electricity. they were made up hastily, exposed to the weather and of course without drainage, bath and electricity. The Neos Kosmos district (literally translated as “New World”), would now be the new home for thousands of refugees.

The small neighborhood at the time was called Dourgouti, from the name of an old rancher who had fields in the area. Slowly it began to spread out until it became a large area the way we know it today. Before concluding to its current name, the district changed names being called “Alopeci”, “Navarino” “Metamorfosi tou Sotiros”. Many used to call it “Armenian district”, since most of the refugees came from Armenia.

In 1924, a first attempt was made to rehabilitate the region’s refugees. Then, 24 detached houses were built in six rows, which were called “Italian”, because they were made with money paid to Greece by Italy. A few years later, the first refugee apartment buildings, based on the architecture of Bauhaus, were erected. In August of 1944, the Germans blocked the Dourgouti district and arrested 1,200 people. 120 of them were executed immediately, while nearly 600 were moved to concentration camps. 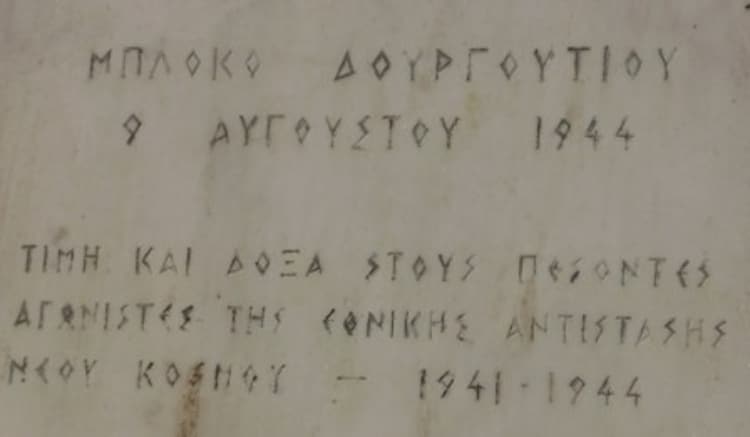 The most organized reconstruction of the area, however, began in the 1960s.

The area expanded however, and gradually the neighborhood of Neos Kosmos district took on a different form with only some samll areas reminiscent of the slum city that was it once was. The New World is today a beautiful neighborhood with many neoclassical houses reminiscent of another era…

Which area of Attica was the well-known Kakosalesi