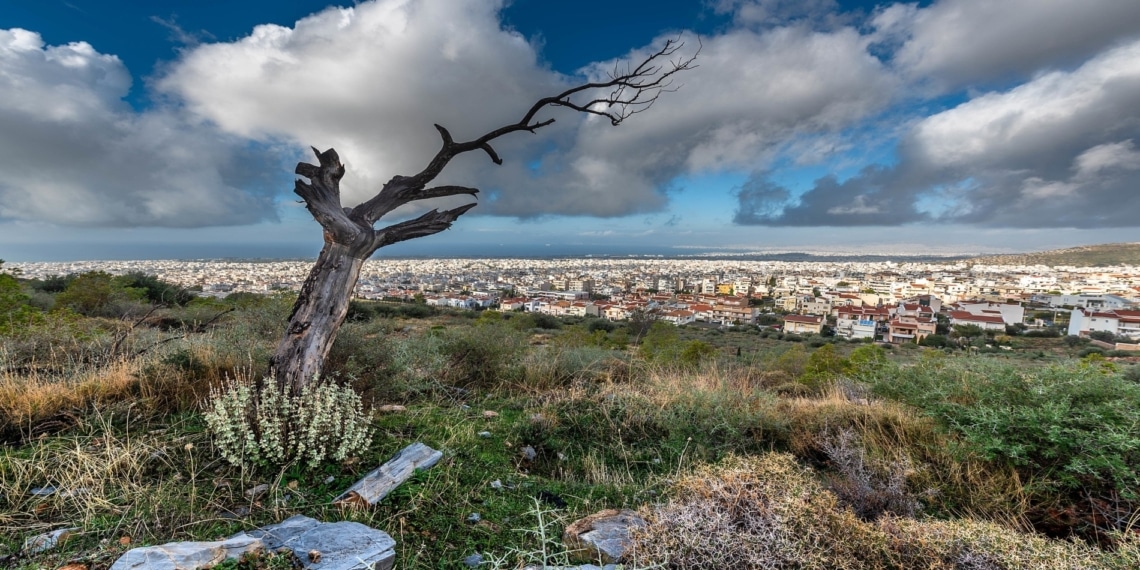 The green oasis in Athens

by Χάρης Κατσίγιαννης
in ATHENS, ATTICA, Exploring Attica
A A
Share on FacebookShare on Twittershare

Fairies danced in its ground, according to legend. The ancient Athenians observed the tops of its hill to predict the weather. The Franks called it “the crazy one” for the weather differences that confused the forecasts, as they called the Athenians “crazy” on this occasion. They used to say “what to expect from the inhabitants of a city where the sun rises in the Crazy one and sets in Dafni (the location of where the public psychiatric clinic was).” They were referenced to Hymettus. Hymettus is the hidden but also favorite secret of Attica.

Hymettus: The hidden and favorite secret of Attica

Beliefs, myths, tourist guides, and nearby escapes from the town compose the image of the most historic mountain in Athens that is directly linked to its past. But even today, how much and how much does not connect us to Hymettus? All today’s 45-year-olds and 50-year-olds women and men, even older ones, who were students, there in the late 80s and soon after, they will be able to remember some of their student trips to Hymettus.

In addition to its natural beauty, Hymettus offered a brilliant field of glory with its educational training. There we find archaeological finds as well as great Byzantine monasteries, such as the Monastery of Caesariani

With a quick step, to escape the buzz of Athens, so close to the capital, a distance of about 15 minutes, by car but also by bike for lovers of the sport, we reach our destination to feel, suddenly, that we found ourselves somewhere else, in a place far away.

Entering the entrance of the Monastery, at the opposite of us is the church of Panagia, as the homonymous church is known. Built-in the 11th century it is located at an altitude of 350 meters and in an environment full of a green landscape. The catholic church of the Monastery is considered one of the most beautiful Byzantine temples of Athens.

In the interior enclosure, the visitor can see a small marble irrigation groove which collects through a gutter the rainwater. This fills a marble tank that channels water into all the orchards of the Monastery offering coolness and freshness to the thirsty earth.

A green oasis in the middle of the city

Century-old trees, plane trees, oaks, chestnut trees, and old cypresses make up the environment of the flora that makes you feel the oxygen up to the hands of your soul and detoxify with one of the exhaust gases of Athens. Walking among the stone paths of the area that offer moments of rest, relaxation, and well-being, the visitor has the opportunity to do what the life and rhythms of the city forbid.

Enough hiking, relaxing tour, sports orthopedics, rumbling between the enormous trees. Everything that makes you feel full of emotions that are beyond the senses and full of images, colors, aromas, sounds, you will look for a way to satisfy the fifth sensation. 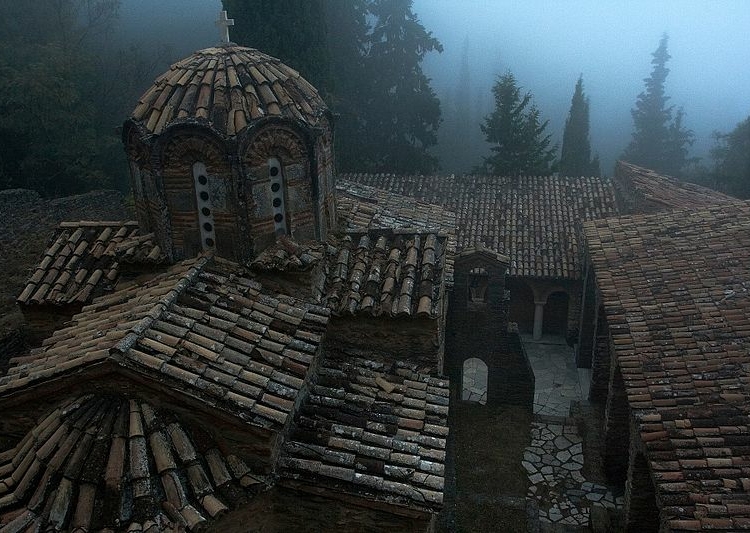 It is the turn to accept the beneficial pleasure of a makeshift picnic, there between the foliage and the shade of the trees, or a visit to the tourist refreshment room of the Municipality of Caesariani, or Kalopoula as everyone calls it. It is made of wood around the pool that gathers the water, for a coffee or whatever it offers for a shortstop and relaxation.

Towering pine trees, reed umbrellas, built terraces, colorful roses, and a fountain. The one that the ancient Athenians considered a source of fertility. It floods the space with the zen sound of water. All these forms amphitheatrically the scenery, while the chirping of the birds composes an “Oscaric” soundtrack.

There are so many benefits to visiting places far away… but at the same time so close to Athens! It’s amazing how many hidden wellness secrets – real life breaths we discover on walks we once casually took as students as part of a school and training trip.

A test will convince you. Leave the car, put on comfortable shoes, and go on searching for the walking secrets of Hymettus and the wonderful forest of Caesariani.

Shipwreck Dimitrios: The ghost ship that enchants you