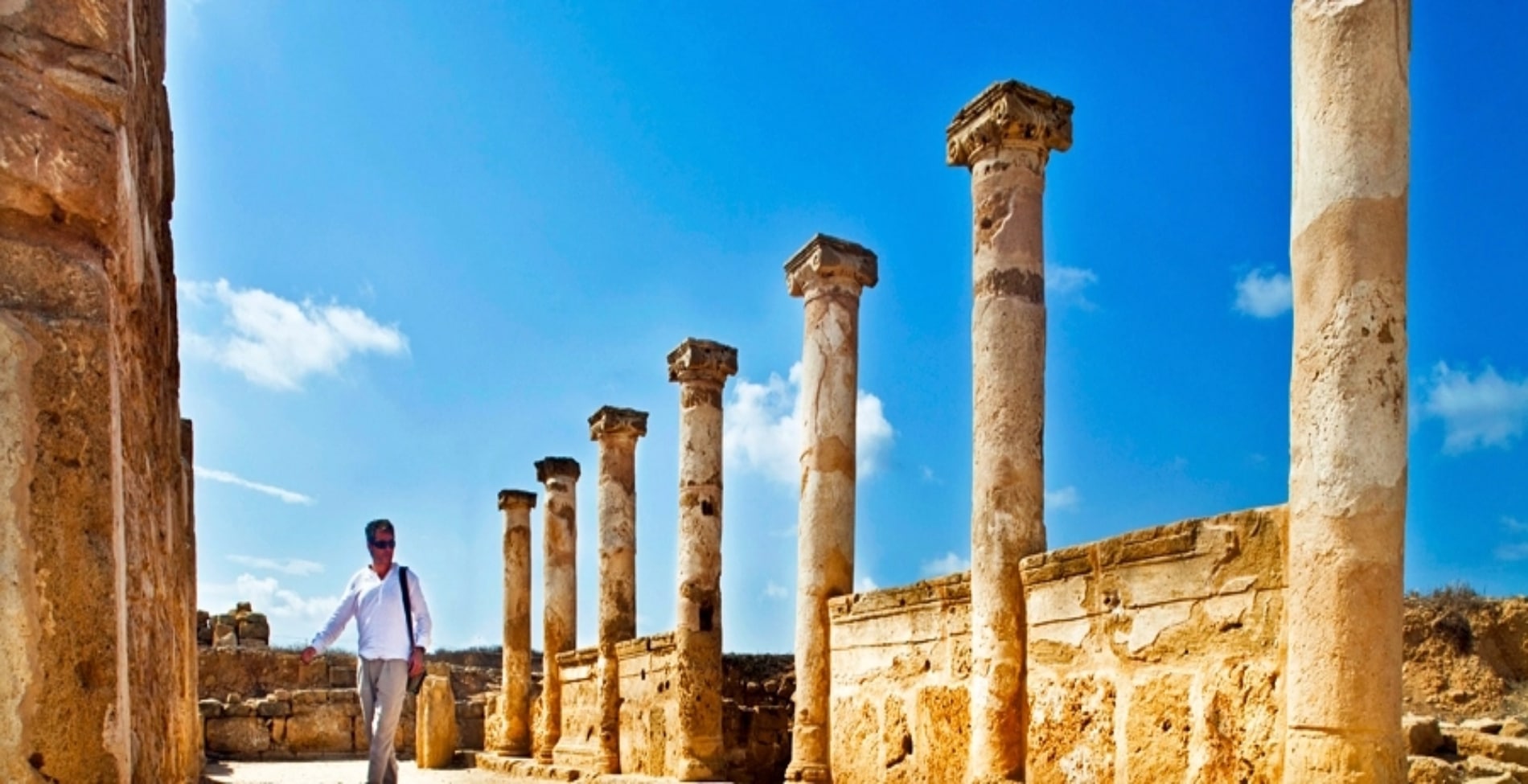 A different experience - a journey through time

by Exploring Greece TV
in CYPRUS, Paphos
A A
Share on FacebookShare on Twittershare

Few countries can compare with the authentic natural beauty of Cyprus. Coasts with crystal clear waters and golden beaches. Green beauty and mountain villages with lush vegetation covering the mountain peaks and valleys. If you go again in winter, then you will encounter a completely different image and maybe places dressed in white. What also stands out in Cyprus is its archaeological treasures. One of them is the Archaeological Park of Kato Paphos.

The Paphos Archaeological Park in Cyprus is one of the most important archaeological sites in the island and has been included in the UNESCO World Heritage List since 1980.

Nikoklis, the last king of Palaepafos, moved the city from its previous location to its current location near the port, at the end of the 4th century BC. Between the 2nd century BC and the 4th century AD, Paphos was the capital of Cyprus.

The Archaeological Park includes sites and monuments from the 4th century BC to the Middle Ages, while most ruins date back to the Roman Period. The complex includes important monuments, such as Asclepiion, the Conservatory, the Agora, the ruins of the Castle with the Forty Columns. There you will also see the ruins of Limeniotissa (an Early Christian Basilica) and the Tombs of the Kings. The ornate mosaic floors of the four Roman villas (the houses of Dionysus, Theseus, Century and Orpheus) are the impressive focus of the findings and depict scenes from Greek mythology.

Arriving essentially at Paphos Archaeological Park you must be prepared for a journey through the history of Cyprus. It’s a real open air museum. A large area with sights and monuments from prehistoric times to the Middle Ages. The experience is very special compared to any other museums you’ve ever enqountered before.

Cyprus: An ideal escape from Athens for the weekend