by Exploring Greece TV
in CYPRUS, Larnaca
A A
Share on FacebookShare on Twittershare

Wherever you may walk in Cyprus, history follows you. In the monasteries, the museums, the alleys and castles… Cyprus is in itself an open history book. When you tour the island, you feel like you’re browsing its pages. One of these pages is the Medieval Castle of Larnaca.

Cyprus and the important history of the Castle

It is one of the most historic buildings in Cyprus. The Medieval Castle of Larnaca is a truly magnificent 14th-century construction. It is believed to have been built by The Lusignan King James I for protection as was the case with many castles at the time. In fact, in the same area, it is said that there was another fortification built from the 11th century. However, there is a controversy in this part of the story regarding its construction. According to 18th-century sources, the castle was built by the Turks in 1625 A.D. Other reports from travellers confirm that the castle was built before 1625.

After the end of the Ottoman that Cyprus suffered, the British turned it into a prison. It was especially used during the early years of their rule. However, whatever the case, the Castle is not in its original form these days. It suffered much devastation while parts of it were demolished. So we can’t know what it really was like when it was built.

Cyprus: Five things to do when you visit Larnaca 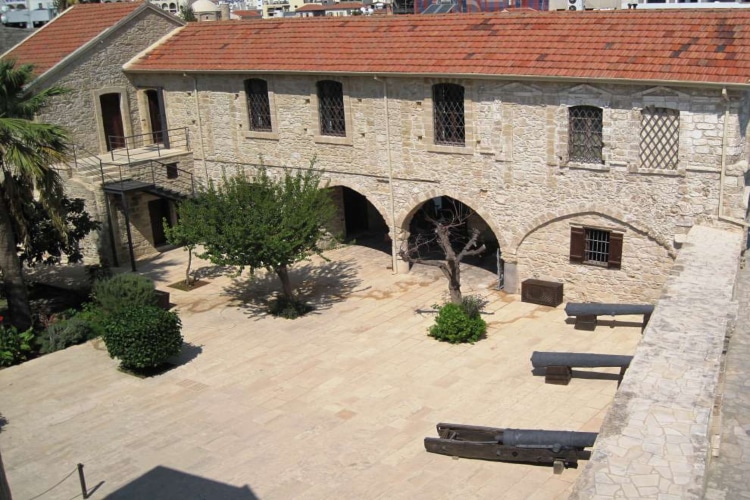 Visiting the castle you make a journey to the past. In the many different cultures that Cyprus has known.Heading north, you’ll see a two-story building. Reading the inscription of 1625 above the entrance you come to the conclusion that it was built by the Turks. Since the Middle Ages, the southern and eastern parts of the castle have been preserved. And this is evidenced by the morphology of the arches and the walls. In one part of the east side, you will also see cannons of various dates next to each other.

What definitely draws attention is a square tower in the section towards the sea. Today, inside this arch there are tombstones dating from the 15th to the 18th century. Cyprus boasts for its monuments and the castle is one of them.

Cyprus: Walk to the historic Medieval Castle of Limassol