Atmospheric images and dream shots of our country

by Exploring Greece TV
in PEOPLE, photographers
A A

Greek landscapes that you can rarely meet on an ordinary trip. Atmospheric images from the mainland and island Greece. Moments captured through a special glance. The special glance of Vassilis Sikas  Talking to him one of his phrases that impressed us was that he can travel to a place a specific month for years just to capture the perfect shot. This love for photography and nature is perceived through its shots.

Vassilis Syka is an experienced landscape photographer who believes that nature is the director of his shots. He’s going around Greece, and we have joined his trip We have known through his photographs, beautiful parts of our country, some of them are well known other not so well known, but always we have the expectation to go to the places we have not been yet

We, in exploringgreece.tv, talked to him and learned some secrets of his art as well as stories through his photographic travels…

How long has it been since you’ve stayed in one place to take the right shot?

The time I spend capturing one image changes. I had to stay in the field several times from dawn to nightfall because I wanted to include in the landscape a wild animal or a flock of birds, which unfortunately did not show up. I can also go regularly to the same place just to capture a full moon in a certain month and to repeat this procedure for years until the conditions will allow me to achieve my goal or to do the same thing for a sunrise. I also have stayed a long time on a trip while the original schedule was some other destination. I have remained in a place because the photographic conditions were ideal. In fact, I have spent 12 days in this area. So everything can change when nature is the director and not us.

Favorite Greek photo destination for summer and favorite for winter?

In the summer months, I would prefer to be in the Ionian Islands. The gradations of the blue sea combined with the white beaches surrounded by green landscapes refer you to an exotic destination… In winter I consider the Pindos mountain an excellent destination in which I have taken incredible images of different mountain peaks that run through the backbone of this mountain. Here you meet scattered small alpine lakes with an altitude of more than 2,000 meters, giant waterfalls, rushing rivers, and beautiful forests. 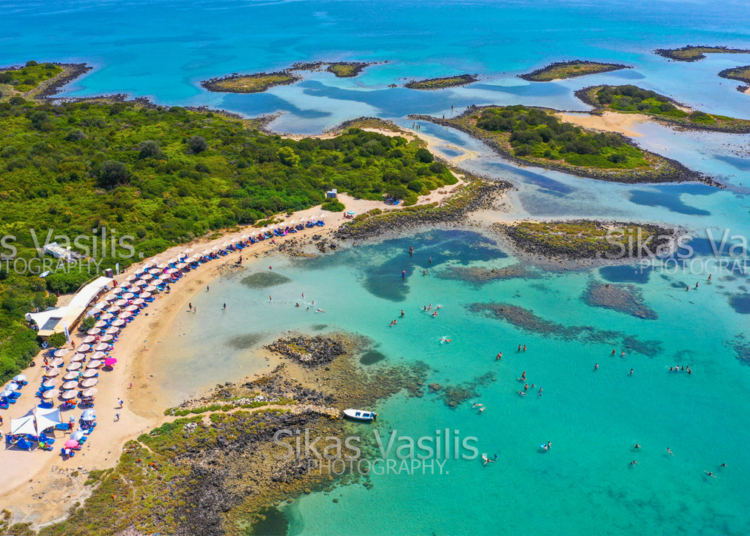 What part of Greece would you like to have photographed but haven’t done yet?

One destination that I would love to visit with extensively is the virgin forest in Rodopi on the Greek-Bulgarian border to which I have made some missions but not to the extent I want, in the forest of Fraktou in Drama and especially the forbidden part that is not allowed the human presence. Access to it is given by special permission. The forest is one of the few virgins in Europe. Any human influence and activity such as tourism, logging, as well as hunting and any nuisance to noise are prohibited. If you’re lucky, you can meet the imposing Wild Boar, the rare forest, and the majestic golden eagles. That’s where I’d like to leave for… Months. 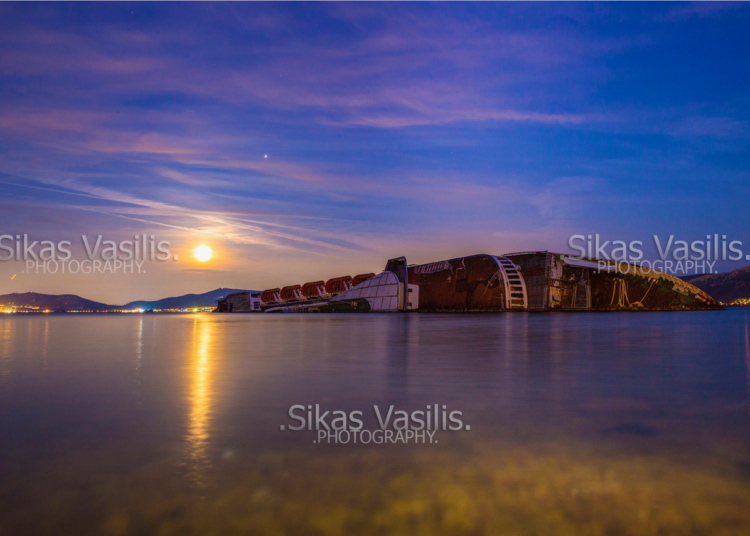 Morning or evening shots? Which ones do you prefer and why?

Undoubtedly morning shots and even after rain. Humidity creates local fogs, dew and ice reveal themes that can later be photographically indifferent, and the sun’s morning rays as it rises constantly change the scenery. A tripod is a necessary accessory for the morning when the lighting is low as with it you have the ability to achieve slow shutter speeds or continuous shots of the same frame. 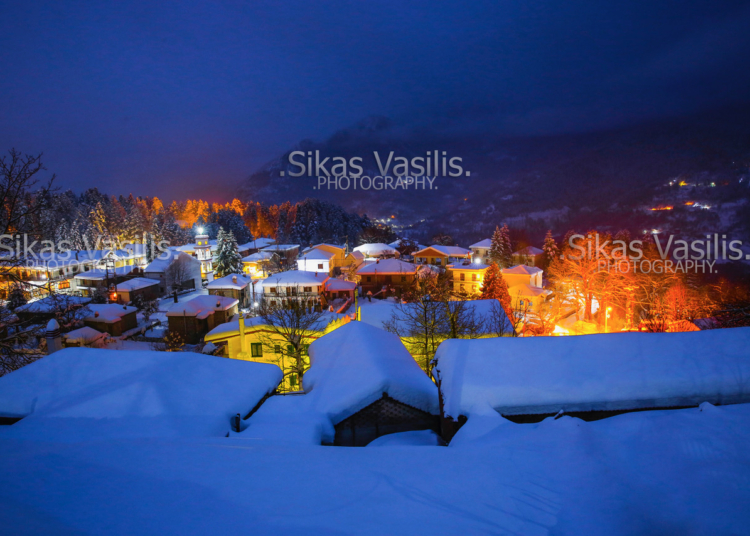 Have you ever been in danger of taking a shoot?

Many times and even with minor injuries or damage to the photographic equipment. The limits of the reckless with the absurd are indistinguishable and often you overcome them without understanding it or because you are overwhelmed by the effort for the ideal photo. After all, it depends on where you move, whether you are crossing a wild canyon with a high degree of difficulty, or if you are hiking with snowfall, ice, or fog, the risk of an accident increases. Later, observing soberly the route you took, you find that you did not act in the most ideal way. Over the years you gain experience, you consider the factors and you get all the safety rules and you are sure that you have done the best you can do, 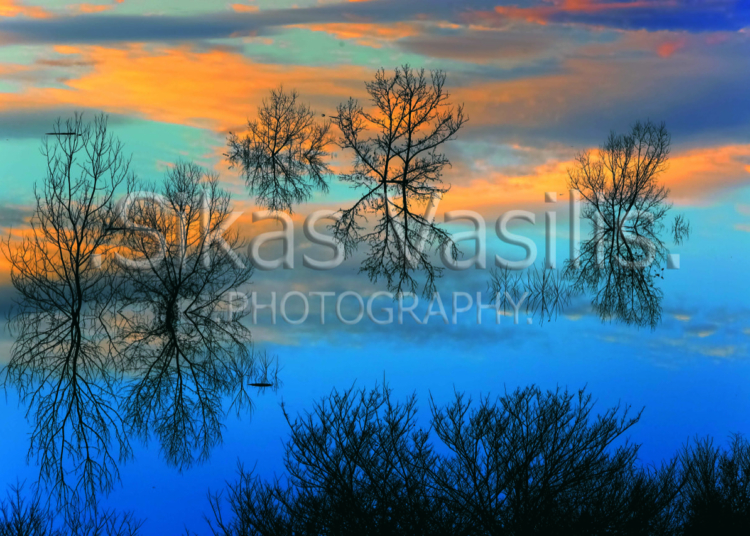 Drone or ground photo and why?

In the last two years, the technology in Drone has risen noticeably not only in quality video but also in professional photography and offered at an affordable price. Popular multi-photographed destinations captured from the ground change a lot compare to be photographed from above because the photographer acts as a bird and can “stand” anywhere in space something he can’t do from the ground. Especially when you’re photographing an “unknown” subject, so now I choose a drone.

Decades, years, and years, we grow up with the phrase that we have the best piece of land on the planet. Do you agree with that?

If we compare the size of our country compare to other countries with twice or three times the size of the planet, Yes, I agree. The alternations of landscape and the coexistence of mountain and sea at the same time in different regions of Greece such as Evia, Magnesia, Katerini prove this. In these areas, you find pure fir forest or deciduous forests and a complete ecosystem and very close to them amazing beaches with crystal clear waters. You can photograph all over the country from wetlands to geological formations, from castles and medieval towers to beautiful traditional villages, and the list endless. Fairly our country is characterized as the best plot on the planet. 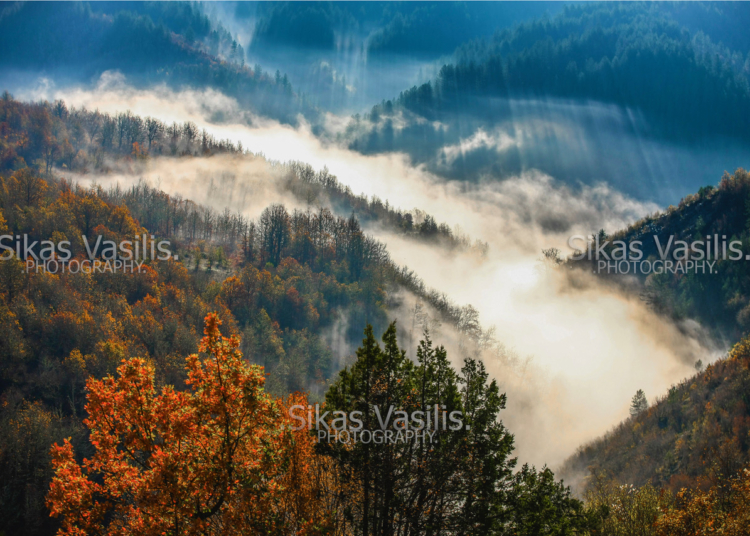 Does the human element play a role in a photograph?

In my opinion, the human element is necessary and I often place it in my frame. It’s the icing on a nice cake. It often acts as a scale and comparative sizeYou can compare something to a tall waterfall or a huge plane tree and then to understand its size. Let us not forget the complex relationship and involvement of man with nature for thousands of years. The simultaneous capture in the photo of both has all the artistic value. 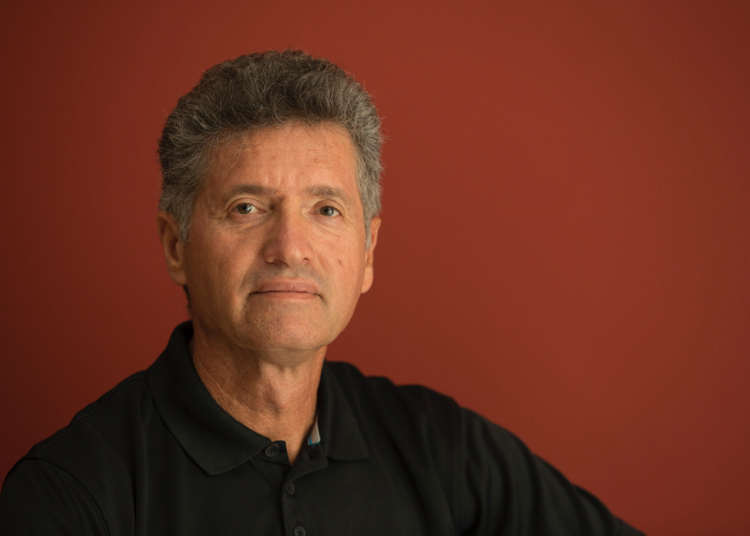