Unknown details from the Battle of Marathon

Battles, plans, generals and events that have been left in history. These make up part of the history of Ancient Greece. Some battles stand out and always have a greater interest. Like the Battle of Marathon. It is one of the most important events in the world history. There are still details we probably don’t know as they came to light later. Like, for example, who is the swamp that saved Athens from the Persians?

The Battle of Marathon took place in 490 BC between the Greeks and the Persians. The outcome was victorious for the Athenians and the Plataeans. This victory prevented the Persian invasion of Greece. There are many historians and researchers who have studied the strategy in the Battle of Marathon. So they drew many conclusions and shed light on unknown aspects of this particular battle. A special piece of information revealed by two Greek historians, K. lagos and F. karianos Their original conclusions are expressed in their book “Battle of Marathon, The Overthrow” with arguments, maps and representations.

There is also the exact location of the Athenian camp and its remnants, the exact location of the Greek faction and the composition of its forces, with drawings on a modern road map of the area. At this point, the use by the Greeks of Little Elus swamp (Brexiza) of Marathon is also revealed. This was the great trap that finally saved Athens from the Persians. The swamp worked so that they were trapped in it, the elite forces of the Persian Empire and then where exterminated.

This swamp that they “stuck” and defeat the Persians extence further north, where the facilities of the American base in Nea Makri were later developed. The undefeated cavalry was defeated by the Greeks in a battle that remained in history. The Greek strategic planning set as the first objective to prevent the advance of the Persians from Marathon to Athens. The aim was then to trap and neutralize the Persian cavalry and the intruder’s elite infantry forces within the passage of Brexiza and the Little Elos. That’s how it happened. Of course, how this would happen was a problem that was finally solved. 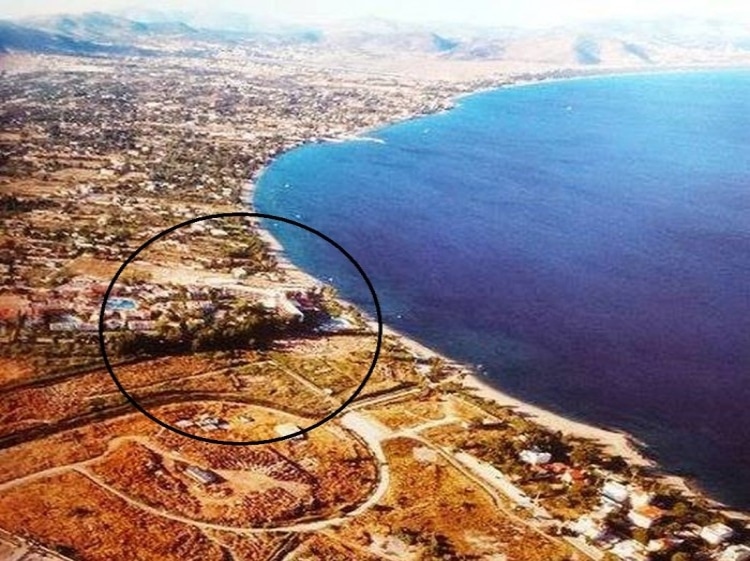 The estuary of the swamp of Brexiza. The swamp that the Persians “stuck” and defeated extended further north, where the facilities of the American base in Nea Makri were later developed. Image from the book “Battle of Marathon, The Overthrow”.

The Greek armed convoy undertook to repel the two wings of the Persian faction and then to exclude the escape route of the Persians of The Saks from the area of their entrapment, in the rear of the center of the Greek faction. The action of the lightly armed men proved to be the most important for the Greek side at the Battle of Marathon, as they lured the elite Persian forces “in the middle of the earth” through the passage of Brexiza, where they almost completely exterminate them.

Avantes: The unknown Greek race with the hard warriors

Lychadonisia: These are the Seychelles of Euboea