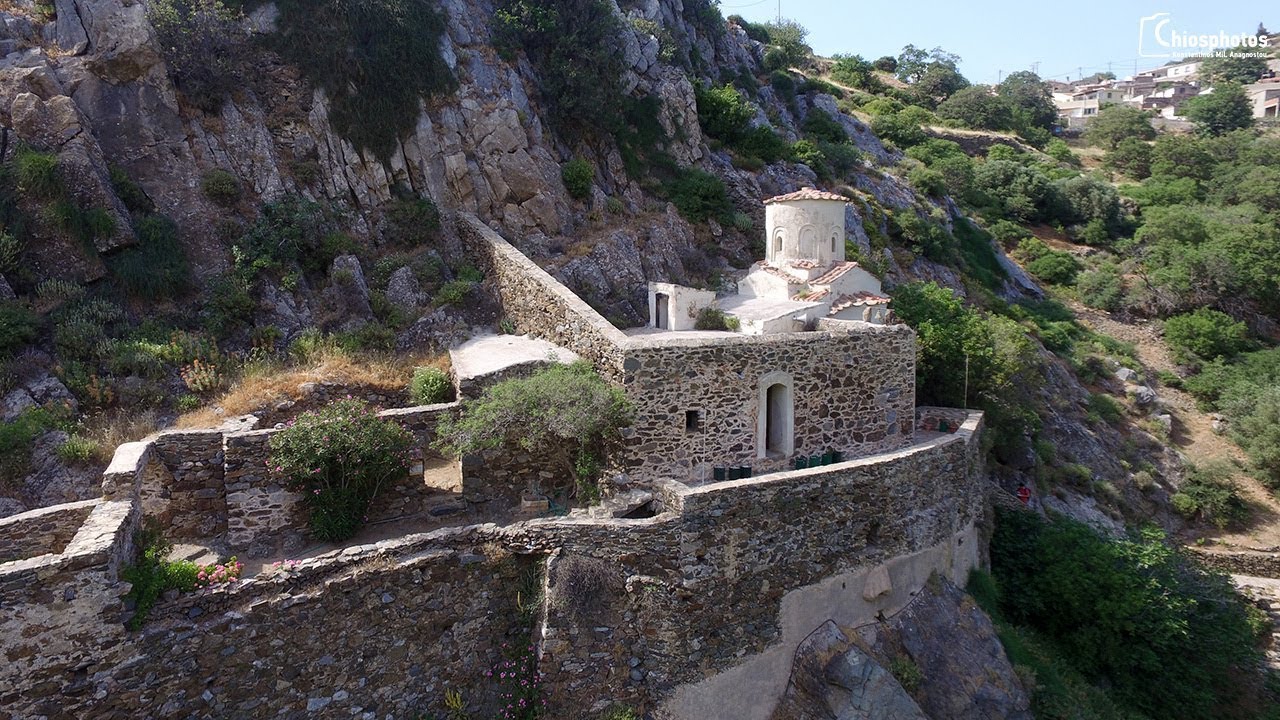 An unknown and beautiful place of Greece

While you explore Greece, you will surely hear many legends, myths, and stories that surprise you. Some of them are connected to churches and temples and are preserved mouth to mouth through the years. Such a story is mixed with the legend in Chios and is one of the most strange in Greece. It is the legend with a princess and the chapel in the traditional church of Agios Gala.

The legend with the princess and the strange chapel in Chios

According to tradition, in the area of the village of Agios Gala, formerly called Agios Thaleleos, a beautiful princess was found in exile by her own father. She was suffering from Hansen’s disease. The leper girl took refuge in the home of a woman, who looked after her and protected her. One night the woman saw in her sleep a strange vision and immediately told it to the princess. She encouraged the girl to go to the cave and to drink water from its well and she would be healed. The princess believed the woman, and she did it and she was healed.

Soon after, she went to her father, the king, and asked him to build a church close to the well. Her father agreed, and the construction started. As the ground was not smooth in this particular

place, the craftsmen decided to build the chapel on the opposite side. But every morning that they returned to work, they saw that their tools had been moved to the point where the young girl had originally had indicated for the building of the church. The church was eventually built at the entrance of the cave and was named Panagia Agiogalousaina, because of the white dripping liquid that comes from stalactite in the shape of a breast, which looks like milk. It is considered to contain healing abilities, and they used it as holy water.

The prehistoric settlement and its history

In the local language idiom, the inhabitants of Agios Gala are called Agiogalousos and Agiogalouses. The small village in 2011 may have counted only 38 permanent residents, the human presence in the area dates back to about 6000 BC. In the cave, just below the location of the present village, it is estimated that people settled during the early Neolithic era.

Watch the video from your Chiosphotos.gr

The little… Switzerland in a beautiful corner of Greece