"Moutzouris" offers a unique journey of emotions and images

From Ano Lechonia, to Milies: The route that was a reference point for 80 years

The train of Pelion, a historic route. It’s the legendary “Moulouris”. The train that connected the center of Volos with the west side of the mountain of the Centaurs. The Volos-Milies (Milies) route served the needs of the people who needed to go from the villages, of Pelion mountain,to the urban center.

Its construction began in 1892. It was completed in 1896. The section up to Milies was constructed afterwards. It was launched in 1903. Evaristo De Chirico, the father of the well-known painter Giorgio de Chirico, was supervising the construction of the railway network.

For about 80 years it has been a reference point for the wider region. Its engines went out for a few years as there was a service interruption between 1971 and 1996. And then they started again. 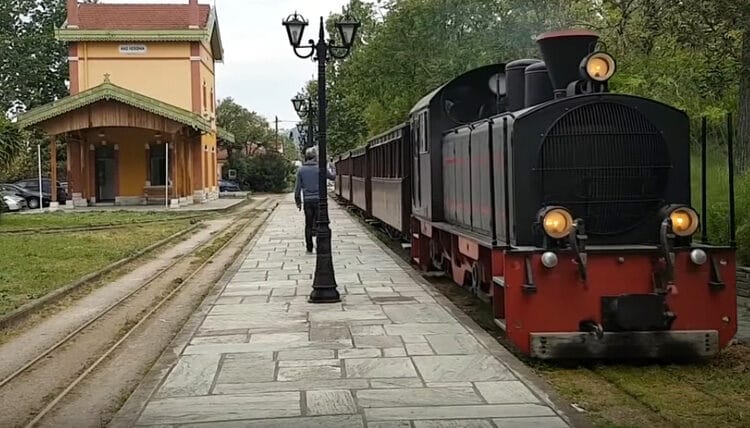 Today the train runs from spring to autumn. There is a daily itinerary onthe mountain route, which serves tourists by offering them a trip back in time. The rest of the year the use is only by rental.

The route starts from the station of Ano Lechonia. The train departs at 10 a.m. to Milies, in Pelion mountain. It comes back at 3:00 pm. There’s an intermediate 15-minute stop – both in going and in returning – in Ano Gatzea. 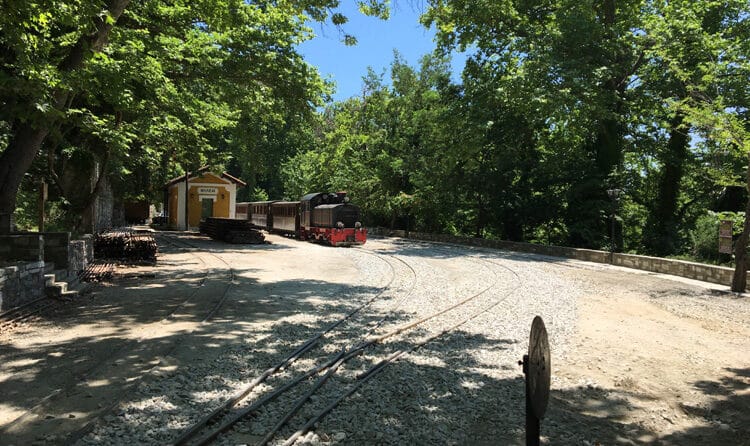 Milies, as we said, are the end of the route. This is where the visitor should devote more of his time. A beautiful village of Pelion invites the traveler to walk it through and get to know it better. A Folklore museum and a library, that are among the oldest ones in Greece. The church of Taxiarches built in the middle of the 17th century. Traditional guesthouses for accommodation. Taverns for food and barrel wine. The traveler will tour the village. He’ll smell the Greek land. He’ll live differently. And he’s going to start the journey back. As it used to be for decades… 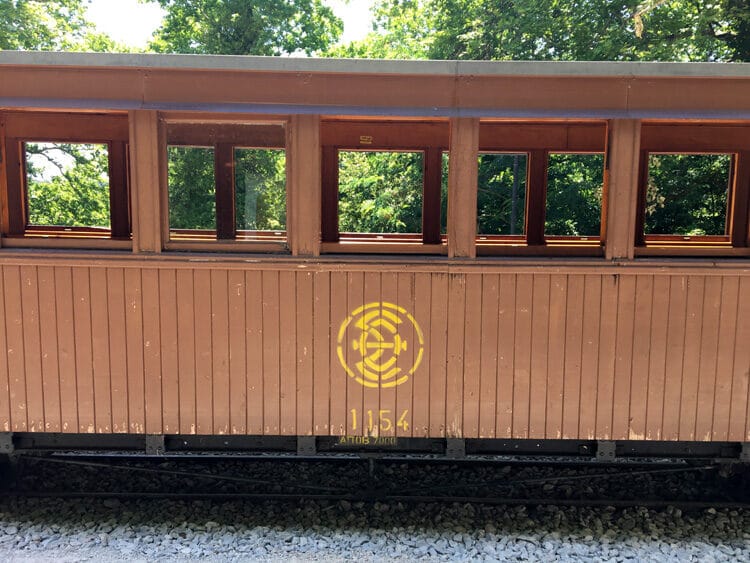 The legendary “Moutzouris” belongs to the TRAINOSE and interested parties contact the company’s office in Volos. The ticket for the one-way trip costs 10 euros, while for the return route it costs 18 euros. The children’s ticket costs 6 euros and 10 euros respectively and is valid for children aged 4-12 years. Finally, special discounts apply from Monday to Friday for groups of passengers as well as special prices for train rental throughout the year.