The island Onassis wanted to buy but didn’t make it

Trizonia: The lilliputian paradise in the Corinthian bay

Opposite of Aigion and only a few meters from the coast of Central Greece lies a dream island. A small paradise which is so different that it had enchanted even Aristotle Onassis. Trizonia with less than 70 permanent residents is a well-hidden “secret” of the Corinthian bay. 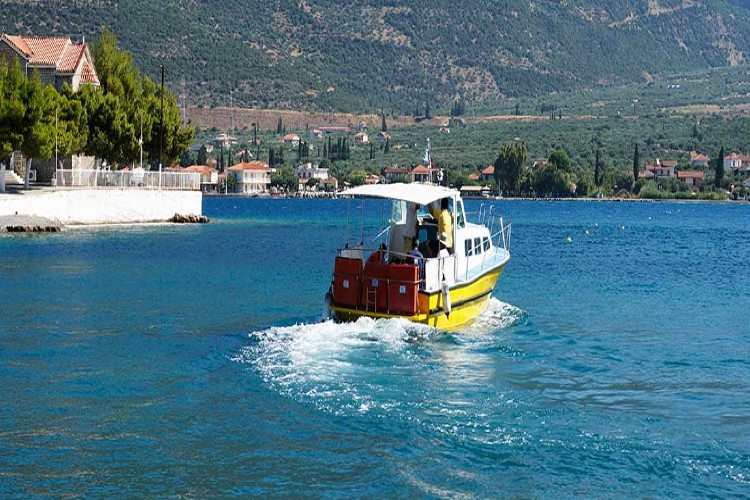 This small island located five minutes from the coast and easily toured on foot is not particularly well known but has a special history. It is the only inhabited island of the Corinthian bay and belongs to the prefecture of FokidaThe other two desert islands are Ai-Yiannis and Planemi. It is a favourite stop, during the summer season for those who have boats. It is calm and at the same time lively with a peculiarity that makes it stand out. The circulation of wheeled vehicles (cars and motorbikes) is prohibited. Thus, you can always have a carefree walk.

Mornos: The butterfly lake of Greece and its unique beauty

Galaxidi: The destination close to Athens that looks like an island but it is not

Corinth Canal: The adventure behind the opening

The island that Aristotle Onassis wanted to buy

It is such a beautiful island that charmed even Onassis. By the end of the 1950s, the Trizonia had been targeted by the Greek “Croesus” who wanted to buy it. It was the period when he was looking for the island that would become his refuge. So he often visited the Trizonia and was looking for a way to acquire it. Unfortunately, he was not able to do as he wished. Eventually, he chose to acquire Scorpio and the story unfolded as we all know it.

How are you going to get to Trizonia?

The only way to get there, unless you have a private boat, is with the boats departing from the opposite coast. Departure takes place from the village of Chania which is 20 km from Nafpaktos. The distance that separates the coast of Fokida with the island is only 500 meters. This means that the boat ride takes only a few minutes.

Kyparissi: The village that was hidden from pirates