A fairy-tale setting full of crystal clear waters and rivers

Turquoise waters, plane trees that touch the water in an atmosphere that has mixed the myth with history. A place of magic with a rare beauty. Acheron. A river that carries in its waters stories and myths and enchants you with its beauty from the first moment you will be there. A mysterious atmosphere covers the so-called antechamber of the Underworld. There, legend refers, the souls made their last journey. Today, however, it is a unique natural sight that you can visit and get to know one of the most beautiful places in Greece.

Acheron, a true diamond of nature

Acheron is a magnificent river of 52 km which passes through three prefectures: Ioannina, Preveza, and Thesprotia. Acheron’s sources are not located at one point. The first sources are created from the snows of Mount Tomaros in the prefecture of Ioannina and others from the mountains of Souli and Paramythia Thesprotia. Others are coming from the village of Vouvopotamos Prevezas near Glyki Thesprotia.

Walking in Acheronta will fill you with the rare beauty pictures of Greece. If you’re bold, you can swim in the river and enjoy the coolness of the plane trees in the summer. At that point, there are companies that provide the possibility to rent a boat or ride horses to cross the river. You must remember that you’re in a magical place, like a fairy tale.

Acheron is expelled to the Ionian Sea, in the village of Ammoudia in Preveza. You can easily combine a walk in Acheron if you arrange a holiday in Preveza, for example in Parga. 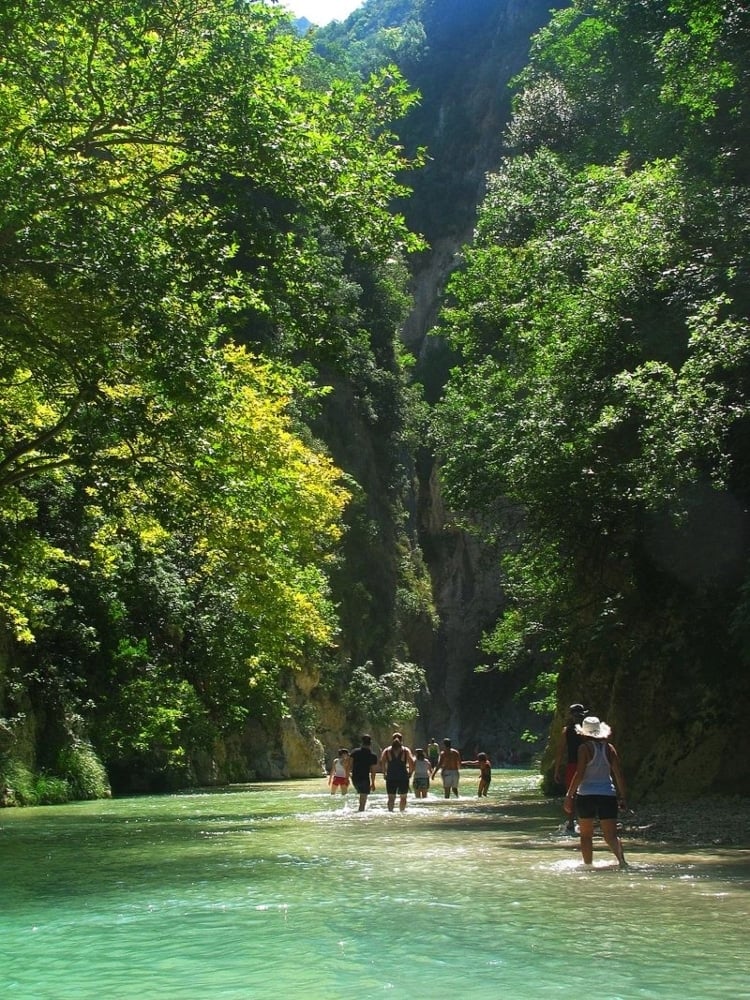 Acheron and the myths that accompany it

You will surely have heard that the River Acheron is connected to myths and legends of the Underworld. In the waters of Acheron, you discover the fascinating myths about it. After all, in antiquity they believed that this river was passed by the psychotransmitter Hermes, delivering the souls of the dead to the Underworld.

The folk tradition wants Acheron’s waters to be bitter, poisoned by a gnome that lived within them. The bitter waters became a thing of the past when Agios Donatos killed, according to the legend, the gnome, and so the rivers became freshwater and because of that the nearby village named Glyki (sweet).

The photos capture only a small part of the beauty you will encounter if you visit it. Acheron and the myths that accompany it will offer you a unique experience…

A visit to the Necromancer of Acheron. It is located near the village of Mesopotamos and is the oldest necromancer of antiquity. It’s a great thing to be there and see it up by close…

Glarokavos: The blue lake of Chalkidiki

Getting to Leonidas’ statue at Thermopylai

The natural beaches of Armyrichi at Evia

The beach where “Captain Corelli’s Mandolin” was filmed