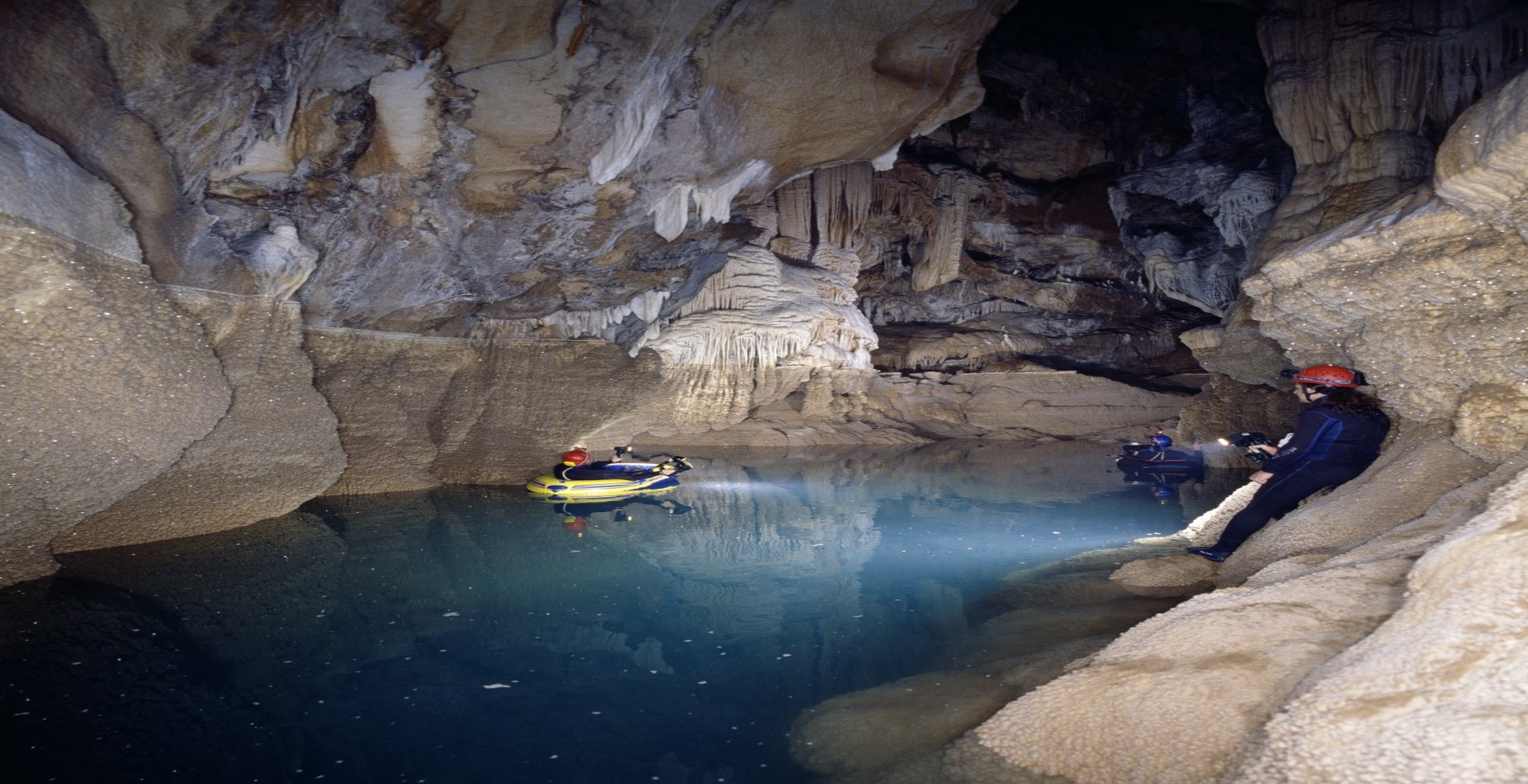 The spectacular and mysterious Cave of the Lakes

Tour of one of the most beautiful caves in the world

With thirteen successive tiered lakes and strange stalactic formations, the Cave of the Lakes can only charm you in a single visit. It is no coincidence that it is unique in its kind in the whole world.

The Cave of the Lakes is located near the village of Kastria in Achaia. Just 17 km away from Kalavryta. It is a true masterpiece of nature that you will hardly encounter elsewhere. The good thing is that you can see it up close even with a one-day excursion as it is only 200 km away from Athens.

The Cave of the Lakes and its history 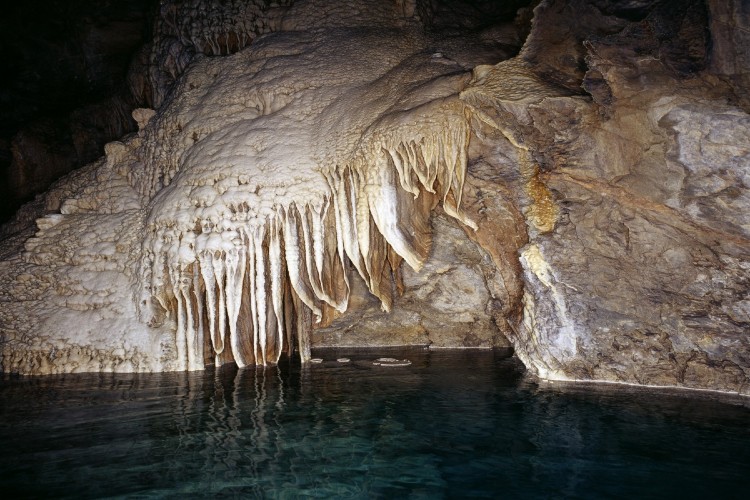 The narrow passage through the entrance of the cave was known for a long time ago. However, the first expedition to explore the cave was in 1964. It was carried out by the inhabitants of the then Community of Kastria. Later, in 1981, the Greek Tourism Organization began the projects for the promotion of the cave. In 1990, the first section was delivered to the public. Very important for the exploitation of the cave was the contribution of the Hellenic Speleological Society, chaired by the late Anna Petrocheilou.

What you’ll see in the impressive cave

The Cave of the Lakes is exactly what its name implies. A composition of lakes, mysterious galleries and special clusters of stalactites. Passing through a literal stone forest, visitors have the opportunity to make up stories with their minds. The many formations may remind everyone of something different and help them create their own images. That’s why every visitor has a different feeling when he comes out of the cave. The crossing of the lakes is done by raised man-made bridges. The lighting created in the cave also helps with this enchanting result.

The five things to do in Mountain Arcadia

The total length of the cave is 1,980 meters but it is not all exploited. Entering from one room to another, you will see small and large lakes succeeding each other. Tiered waterfalls also seem to dance to their own rhythms. All the way you see lake sections alternating with land sections. By the end of the ride, you’ll be amazed.

Extremely impressive is the fact that depending on the rocks the colours inside the cave change. Its roof in some places reaches 30 meters in height. There the impressive formations of stalagmites and stalactites reflected in the waters of the lakes, composing an amazing sight. 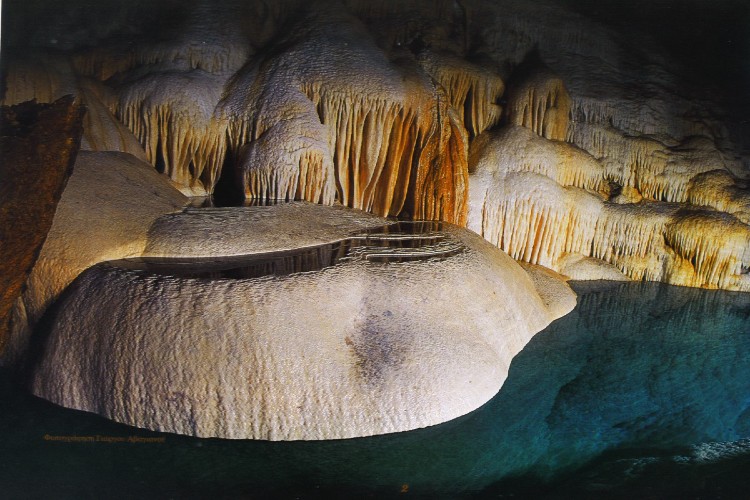 The rare finds on the lower floor of the cave are particularly impressive. Fossilized bones of humans and animals, including hippos, are some of the finds! In the showcases of the exhibition, you will find ceramic finds and vases from the excavation of prehistoric periods as well as tools and special finds and rocks of the area.

How to get to the Cave of the Lakes

From Athens, you will reach the cave in less than two and a half hours. You will follow Athens – Patras national highway and after passing Diakopto you will make left for Kalavryta. You continue on the way to the village of Cleitoria and you will find it along the way.

Tip 1: Ideal time to visit the Cave of the Lakes is in winter and spring. That’s because in the summer you probably won’t see the lakes with a lot of water due to drought.

Tip 2: Once you get there, it’s worth taking a special trip with the cog railway. You will take it from the village of Diakopto and reach Kalavryta. The route is extremely impressive and it will be unforgettable.

Tip 3: If you are a gourmet, make another stop in Kalavryta for dinner. Don’t forget to try cheese pie and sausages. If you don’t go for a one-day excursion you can use Kalavryta as your base and explore the surrounding area.

The legendary dragon cave in Kastoria and the special myth of