The findings and the unanswered questions

We always discover new secrets and special stories as we explore Greece, its islands as well as the mainland. And this is the case with an Island of the Aegean Sea which has been described as an “enigma island”. And there’s a history behind it.

“Daskalio the enigma island”.This is the title of the scientific archaeological journal “World Archaeology” which states that a type of settlement that did not exist anywhere else in Europe was created on this rocky islet. You may hear about it for the first time, but its story is particularly interesting.

The “enigma island” of the Aegean Sea and its history

Let’s start over. In the Aegean Sea is the now uninhabited island of Keros. It is an island that has been designated as the oldest island sanctuary in the world, where complex rituals took place. The researchers, therefore, believe, today, that the answer to the archaeological conundrum lies on a neighbouring islet located on the west side of the island. 4,500 years ago, the islet was united by a strip of land with Keros. It was the natural port of the island overlooking the northern, southern and western Aegean. With the rise of sea level, the passage sank, resulting in the creation of a separate islet, named Daskalio.

The relatively recent excavations on the rocky island of Daskalio, next to Keros, 125 miles southeast of Athens, reveal the oldest monumental complex of buildings found in the Greek world. That is what the British Independent reported in a statement. 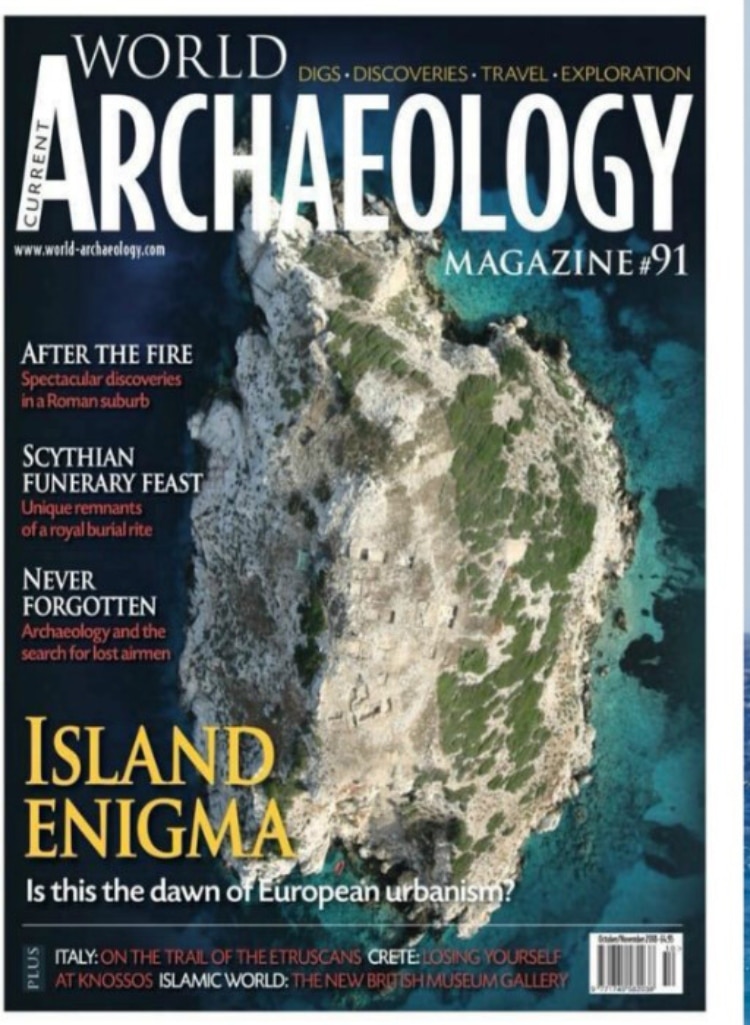 This building complex, discovered on the rocky islet is changing, according to scientists, the archaeologists’ perception of prehistoric Greece. Until now, no one had understood the true scale of the complex, and also the tremendous effort made during its construction. Today, archaeologists believe that, in order to build the building complex, the Greeks of the early Bronze Age made at least 3,500 nautical voyages to transport 7,000 to 10,000 tons of sparkling white marble from one Aegean island to another. And when they say “from another island”, opinions converge on the island of Naxos. Each return trip would require up to 24 crew members rowing for about five hours.

The complex system and the speculations about it

The existence of huge entrances, stony stairways and a complex system of drainage ducts covering the whole island, suggests the existence of a specialized architect and building plan as in Knossos, according to the scientists.

Also, the import of marble from Naxos is only an indication of the naval capabilities of the inhabitants of Daskalio. Moreover, the many tools of obsidian and volcanic glass imported from Milos, confirm the fact that the islanders were formidable sailors. Besides, all the ceramic shells found, were also imported, indicating the existence of a huge marine network that extended not only to the entire Cycladic archipelago but also beyond it. But perhaps the most remarkable of all the listed materials was the raw material for metal processing. Among the most important findings, this year, are the facilities for the casting of bronze artefacts. For example, axes, chisels and forks, as well as spikes od spears and daggers.

The enigma island of the Aegean Arcipelago is only one part of the Greek history that is still being explored. It has, after all, such a rich past, that there’s always a new aspect to be explored. And all this is combined with landscapes of unparalleled beauty…