Athens: what’s famous about Akakion Street (street of the acacias)?

The strange story concerning its trees

Most streets of Athens have not retained the initial name given to them and have changed names along through time. Various persons or events have contributed to this. One of these streets is the once called Akakion Street. Which street of Athens has taken its palce today? It is Stadiou Avenue of course And where are the acacias? It’s a special story…

Akakion Street in Old Athens and its history

It was around the middle of the 19th century when the center of Athens crossed a stream that was coming down from Lycabettus hill, Voidopnichtis (the oxen-choker). In 1859 the stream was covered and the dirt roads became main avenues. The aim was to completely overhaul the centre of the newly created capital to give it a European look. Among other things, main roads had to be designed in order to connect two squares, the Syntagma and the Omonia squares. One of those streets was Akakion Street. It was originally planned to reach the Panathinaiko Stadium (the Ancient Stadium that is in Vasilissi Sofias also known as Kalimarmaron) but ended up in Syntagma Square. In order to give a different aesthetics and looks of a european capital, acacias were planted on the pavements of the street. So it became known as the “Akakion Street (the street of the acacias)”.

Acacias were first planted in Greece, especially in cities such as Athens, for decorative reasons, in the 19th century. These deciduous trees with the small flowers come mainly from Africa and Australia. However, they were not meant to stay on these sidewalks for long. Someone thought they should be removed.

A few years later, in 1911, in particular, the municipality of Athens uprooted them. Something that the Athenians really didn’t like, because they admired this image. It was a road characterized by its trees. The poet Polyvios Dimitrakopoulos, in fact, had written a poem about this. “For the sake of the movement and of our noble feet, we cut down the acacias into the Stadiou Street. They were the poor acacias (meaning “not evil” in greek) and they were considered unnecessary; but if they were evil as well, we would have never cut them down” (the poet is making a word play here because the word “acacia” menas “not evil” in greek and the for evil is “cacia” in greek and has a similar sounding) 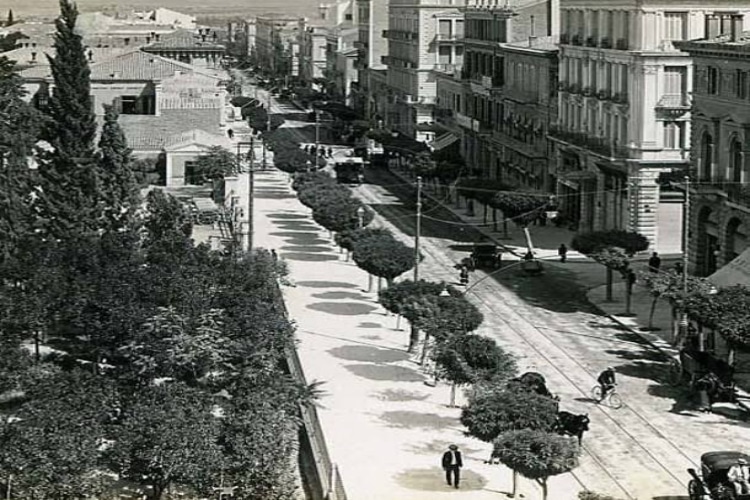 The road was later called Stadiou Avenue, a name that was given to it from the original urban plans. As I said, it was planned to extend to the Ancient Stadium of Panathinaia (also known as the Kalimamrmaron).

Photo Source – information: Athens and us – Friends of tours

immitos: One-day escape to nature in the heart of Attica