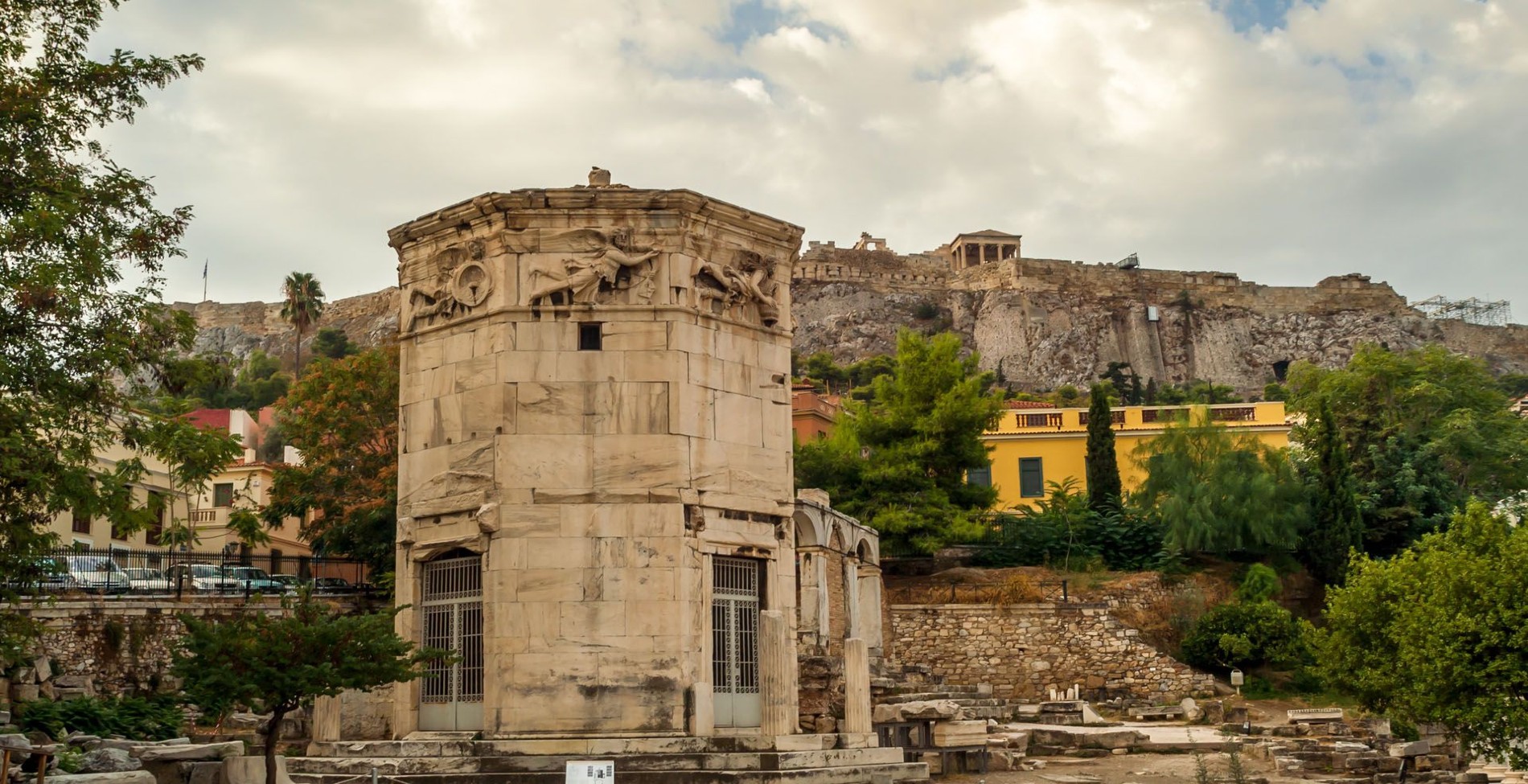 Tower of the Winds: the world’s oldest weather station?

The Tower of the Winds and its usefulness

If you often walk around the centre of Athens, it’s more than likely that you may have noticed this special monument. It is located at the northern feet of the Acropolis, on the site of the Roman Agora in Plaka. The Aerides,as it is called, stand there for more than 2,500 years, being an important part of the country’s history. The Sundial of Kyrristos as its official name is, or else the Tower of the Winds is also considered the oldest meteorological station in the world. There were no reports of a similar building at that time.

When and how the Aerides were built 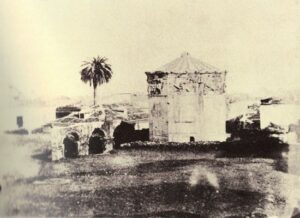 There is not much evidence that can accurately give us details of the monument’s history. It is estimated to have been built in the first half of the 1st century BC. The octagonal tower is made of Pentelic marble and on its eight sides are carved the personifications of the 8 winds. It worked like a windbreak and a sundial at the same time. Depending on the wind that was blowing, the bronze wind indicator of the tiled roof showed one of the personifications. Today the wind indicator in the form of a Triton no longer exists. Essentially the building was a meteorological and a sundial station at the same time. For the calculation of the time on sunless days, there was a special installation of a hydraulic clock inside the building. Scientists believe that its creator used techniques of older clock manufacturers, such as Archimedes, Ktisivios and Philo.

The scholars confirm that the Aerides were a kind of meteorological station of the time, and at the same time was telling the hour of the day. It is even considered to be the oldest in the world since there was nothing like it at that time. It was very important for traders of the era to know the time and the winds. In this way, they could calculate when their products would reach their destination. How the time was calculated is not currently clear. It is thought that this was done in some way of operating the hydraulic clock. The Aerides in a gravure of the 18th century

How the Aerides escaped Elgin

During the early Christian years, the Tower of the Winds was used as a bell tower of a Byzantine church. Also in a description of the sightseer, Kyriakos Agonitis it is described as the temple of the god Aeolus.

During the second period of the Ottoman occupation Aerides, was converted into a Dervish opium den (religious Muslim institution). In fact, Lord Elgin wanted to move the entire building from Athens to Britain, but he was not allowed to do so. The building was considered sacred and was under protection. So it remained where it is to this day.

After the Revolution of 1821 the Dervishes abandoned the monument. Despite its initial abandonment, after the development of Athens as the capital of the Greek state, the situation changed. In honour of the monument, the whole surrounding area was named Aerides and the monument was gradually restored to its present form.

Undoubtedly, Aerides is one of the most important archaeological monuments of Athens and the whole of Greece. Its history and usefulness, however, is not particularly known. Maintenance work has been done from time to time and the monument is now open to the public. You can easily get there by metro or train and getting out at the Monastiraki stop. Even if you’ve been to the Roman Forum and Plaka many times, you may have not paid much attention to the Aerides monument. Knowing its history, you now have a different motive.

Where does Theodoros Kolokotronis point at and what is curious in the stance of his horse?