See photos of another era

It was 186 years ago when Athens became the capital of the Greek state and a new and great chapter in terms of its architecture was opened. At that time the history of Omonia Square begins but at the time it had not had the name it has today. One of the most famous squares in the center of Athens, Omonia Square will experience great changes and adventures, over the years, until it comes to its present form which is expected to change again.

The first years of the square

In the architectural designs of the famous architects Kleanthi and Saubert in 1834, this space in which the square is today located, was intended for the construction of the Palace. At that time the area of today’s Omonia Square was called Tziritis and was completely deserted. It is Characteristic that where Omonia Square is today, two streams were found. One was coming down from today’s Stadiou Avenue and the other was coming down from today’s Panepistimiou Avenue.

In 1846 and after its final formulation, the square initially takes the name Palace Square apparently because of its original goal of use. But when the plans changed and the decision was taken for the Palace to be erected in the place where the Old Parliament is today, the square became a simply popular promenade. It was the finish of the country walk of the Athenians. In the following years, the square was renamed to Otto Square, in honor of King Otto.

When and how the Omonia Square got its actual name.

Although it is one of the capital’s largest and most central of squares, most do not know the history behind its current name. Omonia Square took its final name in 1862. And of course there’s an interesting story behind it. A few years earlier, in 1850, Otto Square became square in shape. In 1859, iwhen mayor of Athens was G Skoufas its formation started. It was then, that the vineyards and fig trees were uprooted, and oak trees were planted. The square became a theater of conflict between those who were for king Otto and those against him. The expulsion of king Otto was celebrated there, in 1862. 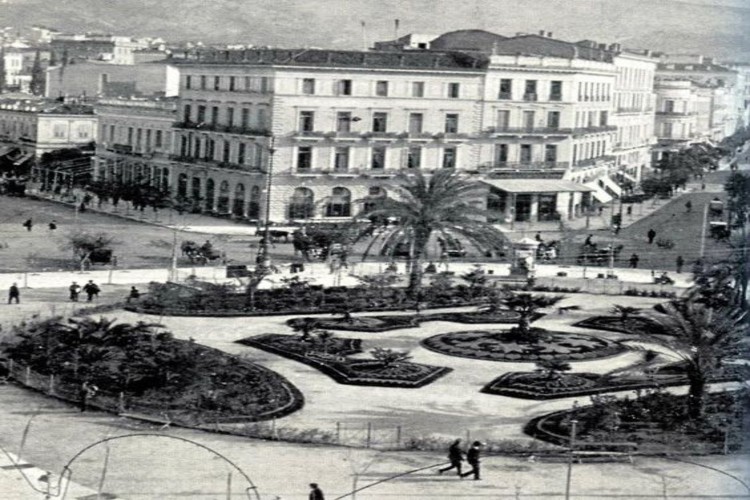 Then it acquired its current name, which is Omonia Square. And there’s an explanation. In the area where the square is today, an oath of “omonia” was given by the leaders of the rival political factions of the time, who had caused bloody riots in the country. They were the mountaineers and the lowlanders who took vows of reconciliation in the city and, in fact, the event was celebrated quite a lot. The years that followed to this day 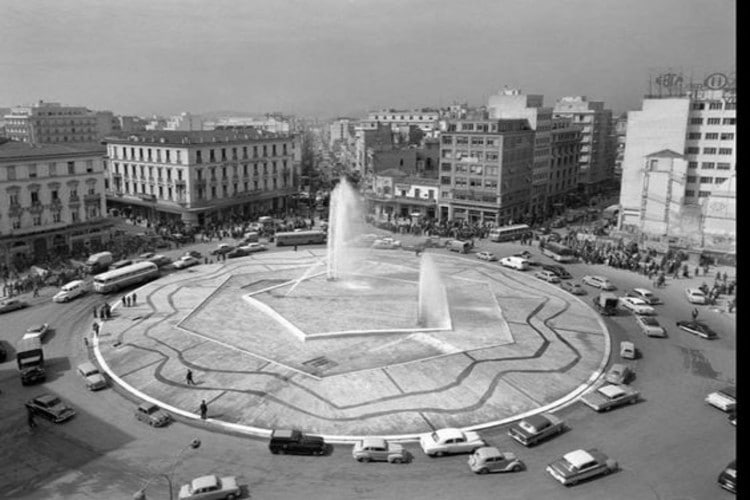 Gradually the square became a meeting center. From the beginning of the 19th century it began taking a social aura and was a meeting point of the middle-class citizens of AthensIt was planted to such an extent, that at one point it became verdant. Some of the most famous hotels of Athens, cafeterias and theaters were established there. The highlight was when in 1889, the four-story hotel “Megas Alexandros” was built at the end of Athinas Avenue, designed by the architect Ernest Chiller. Every Thursday and Sunday people gathered in Omonia Square as a band set on a wooden platform, entertained the audience. The next few years were on the rise for the square. From 1925 to 1930, the underground railway station of Piraeus to Athens was excavated and established. This is also the main cause of its redevelopment. Omonia Square becomes circular, marble railings are placed at the entrances of the underground station, its appearance looks according to the European standards and the wider area begins to acquire an important commercial character.

Since 1954 the square has become more commercial in nature. In the 1950s and 60s, many old buildings in the Omonia area were demolished and gave way to new, high-rise buildings, following the example of the rest of Athens. In 1960 fountains were placed in the square, while in 1990 the statue of The Runner was placed, a work of the sculptor Varotsos which was removed when works for the new Metro station started. The last interventions in Omonia Square took place before the 2004 Olympic Games. Today, it is about to have a new look. The nearly completed redevelopment project will guide to a new aesthetic.

Omonia Square has been renovated more than ten times. Millions of people have walked on it while strolling through the center of Athens. And who hasn’t given an appointment at Bakakos Pharmacy in the past ? The historic pharmacy in Omonia Square has been a reference point for the Athenians and visitors of the city for many decades.

Today, however, the old photos remain reminiscent once again of Old Athens.