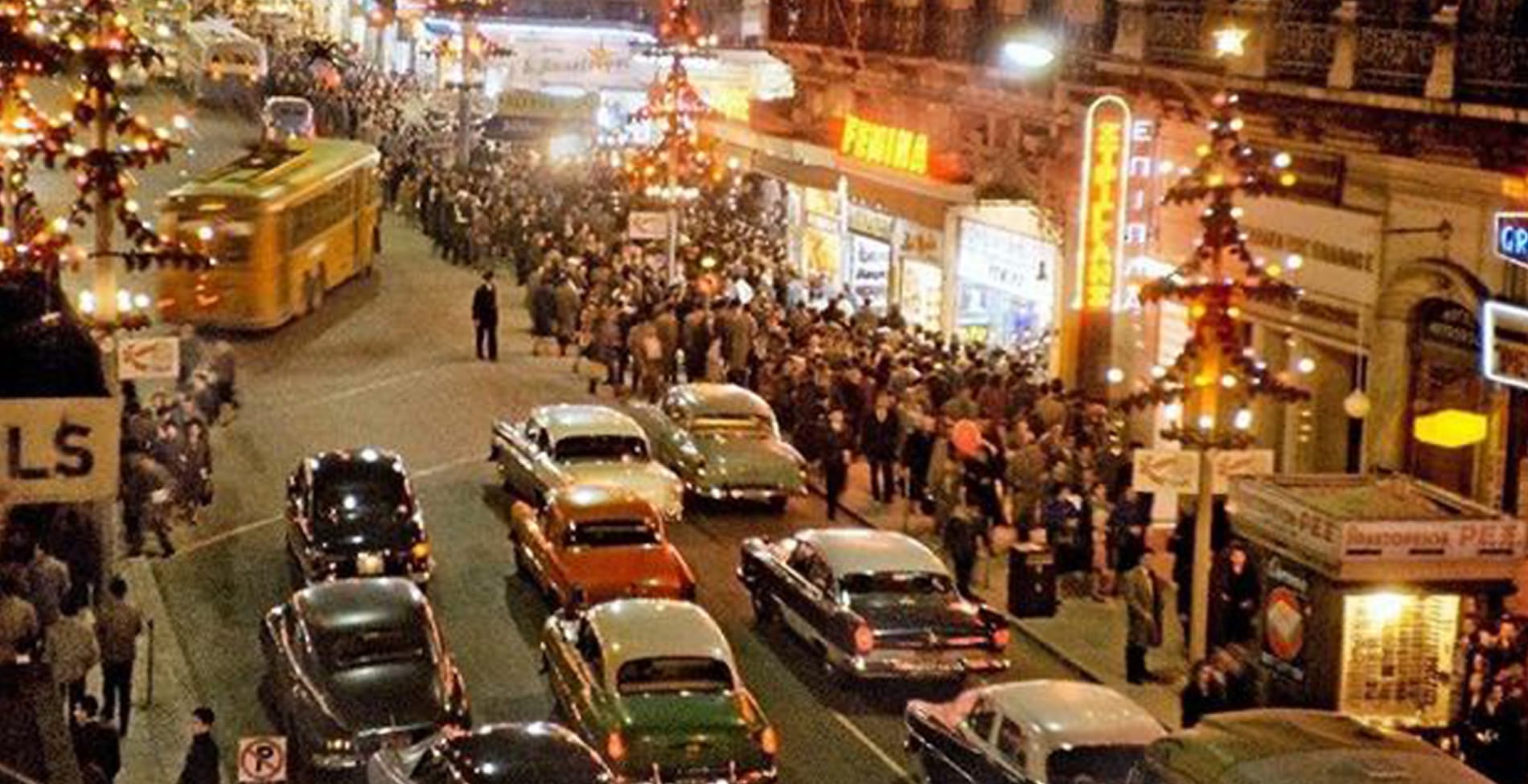 Retro images of another era

As in every Christmas, Athens has done its best. There is the Christmas tree in Syntagma Square, lamps everywhere and music in the streets. Today’s images, however, are not reminiscent of the earlier times.

Then, in the 1950s, when the decorations were quite limited and people were taking pleasure with very simple things. The familiar image of the traffic warden with the gifts in his canopy or the arrival of Santa Claus by car on the main streets in Athens. They were honoured by the shops that sold melomacarona and curampiedes (traditional greek Christmas sweets). Not only were the storefronts filled with goods, but entire stalls were set up outside the “famous pastry shops”.

People used to go out to the markets to do their shopping on Christmas Eve and New Year’s Eve. Shopping had to do mainly with things about the festive table and not clothes, cosmetics or other such items. The meat was the first thing to be had. It was a kind of luxury. At that time many ate meat once a month, others even more rarely. So the meat market was the hallmark of a festive table. 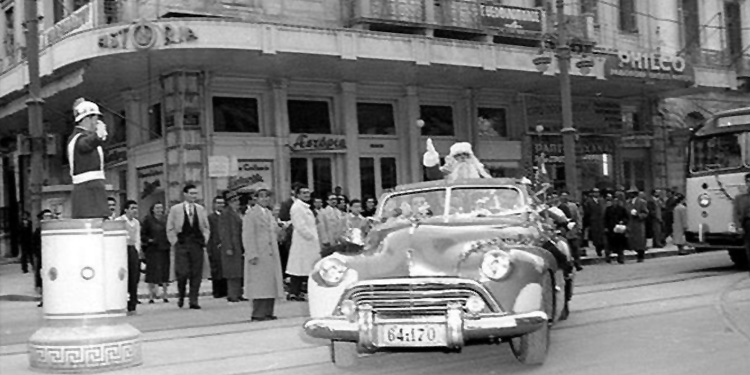 Over the next few decades, the festive atmosphere in Athens became more and more intense. What dominated the season was the colourful decorations and lamps in every corner of the city centre. The Old Athens was becoming a big Christmas amusement park. A typical example and a registeration mark of the season was Minion multi-stores. It caught the eye and attracted a large crowd. Consumers are no longer limited to what is absolutely necessary for the festive table. They start spending money on gifts and personal items such as clothes and accessories. 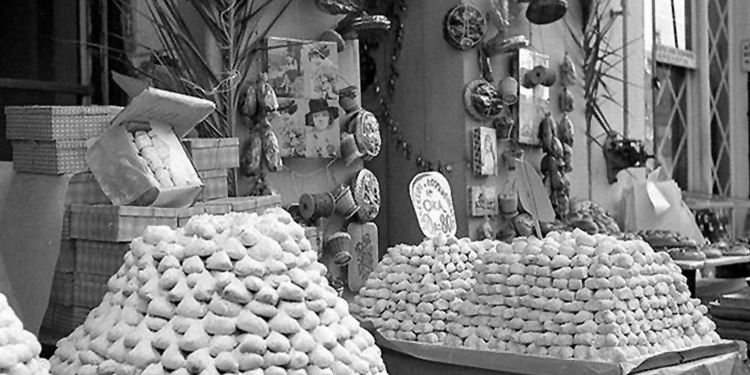 The only thing that is now reminiscent of the Old Athens is the photos that are left. Looking at the black and white and later the coloured photos you see another era. Others might describe it as more innocent, or more genuine. Others feel nostalgic and seek to relive at such times. What’s certain is that these photos take you back in time. In the old Athens of another era…