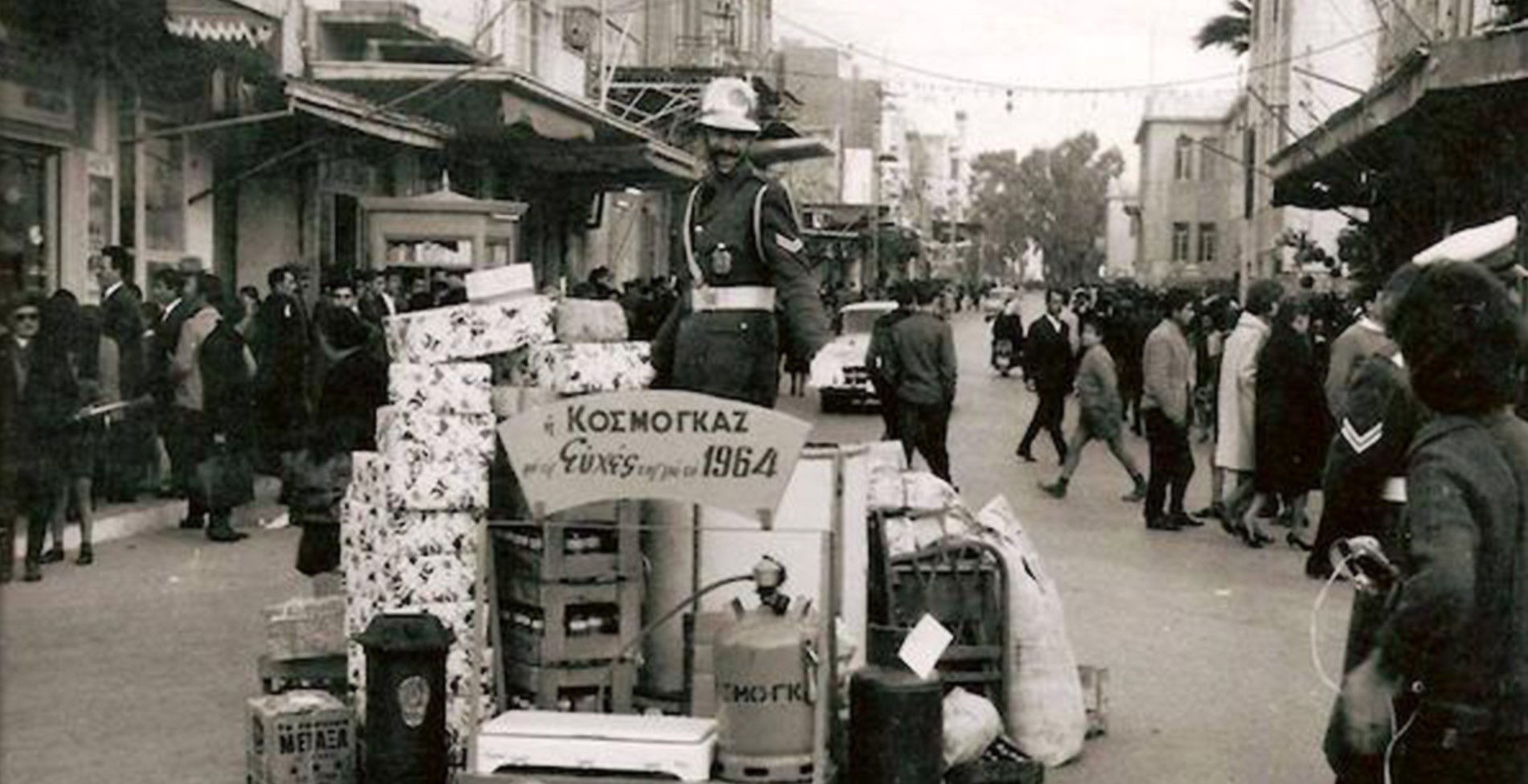 Back when the "barrels" (the place where the traffic warden stood was round and like a barrel) were filled with anything, from drinks to electrical appliances

If you have spent your childhood in Athens in the past decades, then you certainly have some characteristic memories. One of them would be traffic wardens in their canopies.

There, under their “barrels” in Kifissia and in Syntagma Square one could see a multitude of gifts on Christmas days. A special custom, very characteristic of the Old Athens. Identified with the Christmas and New Year holidays. The offer of gifts is maintained to this day. The most well-known traffic warden was definitely that of Kifissia Square.

The traffic wardens in Athens at that time were very dear persons to the people. They regulated traffic while giving information to anyone who needed it. As mentioned in the album “Greece of Toil 1900-1960” (Nikos Politis Collection, Rizarios Foundation – Stavros Niarchos Foundation) the custom was started by the pre-war mayor Costas Kotzias. It was On New Year’s Day of 1936 when he first put his gift at the feet of a traffic warden. It was two turkeys.

Kifissia: The five carriages that take you back in time

Where did all these gifts end up? 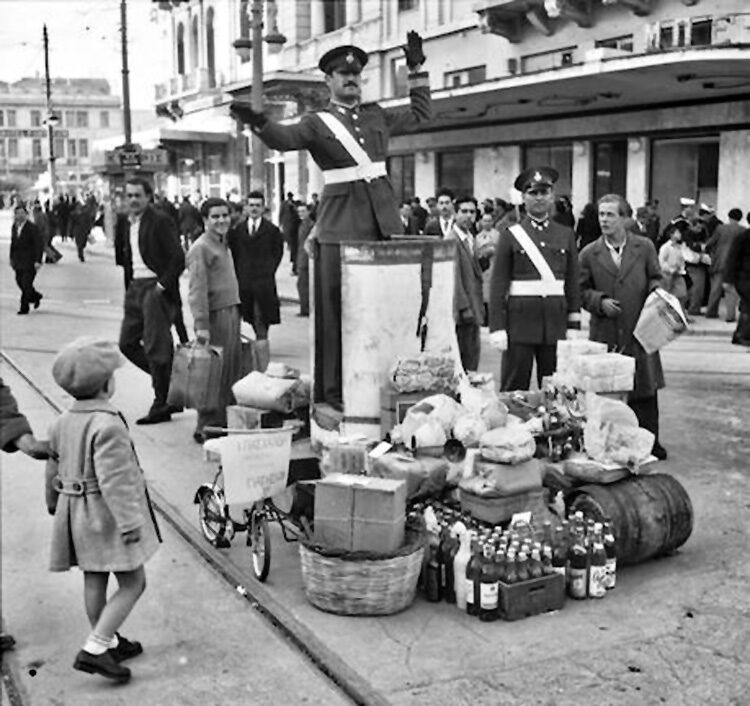 Soon the gifts were established as customary and in fact not only by the local authorities. In the following years, the “barrels” of the traffic wardens were filled with the gifts of the people. You could see anything imaginable. Drinks, food, fabrics, electrical appliances and even sacks with mosaic pebbles could be found in Athens, in the middle of the streets. Companies, in fact, found this way to advertise their products.

And if you think those gifts were taken by the lucky guy on shift, you’re wrong. All gifts were transferred to the traffic police. After the end of the holidays, there was a draw and they were distributed to all the staff. Some years there was so much that no one was complaining. And the gifts had to be transported by van every few hours. The quantities were so large that often the traffic warden could hardly see.