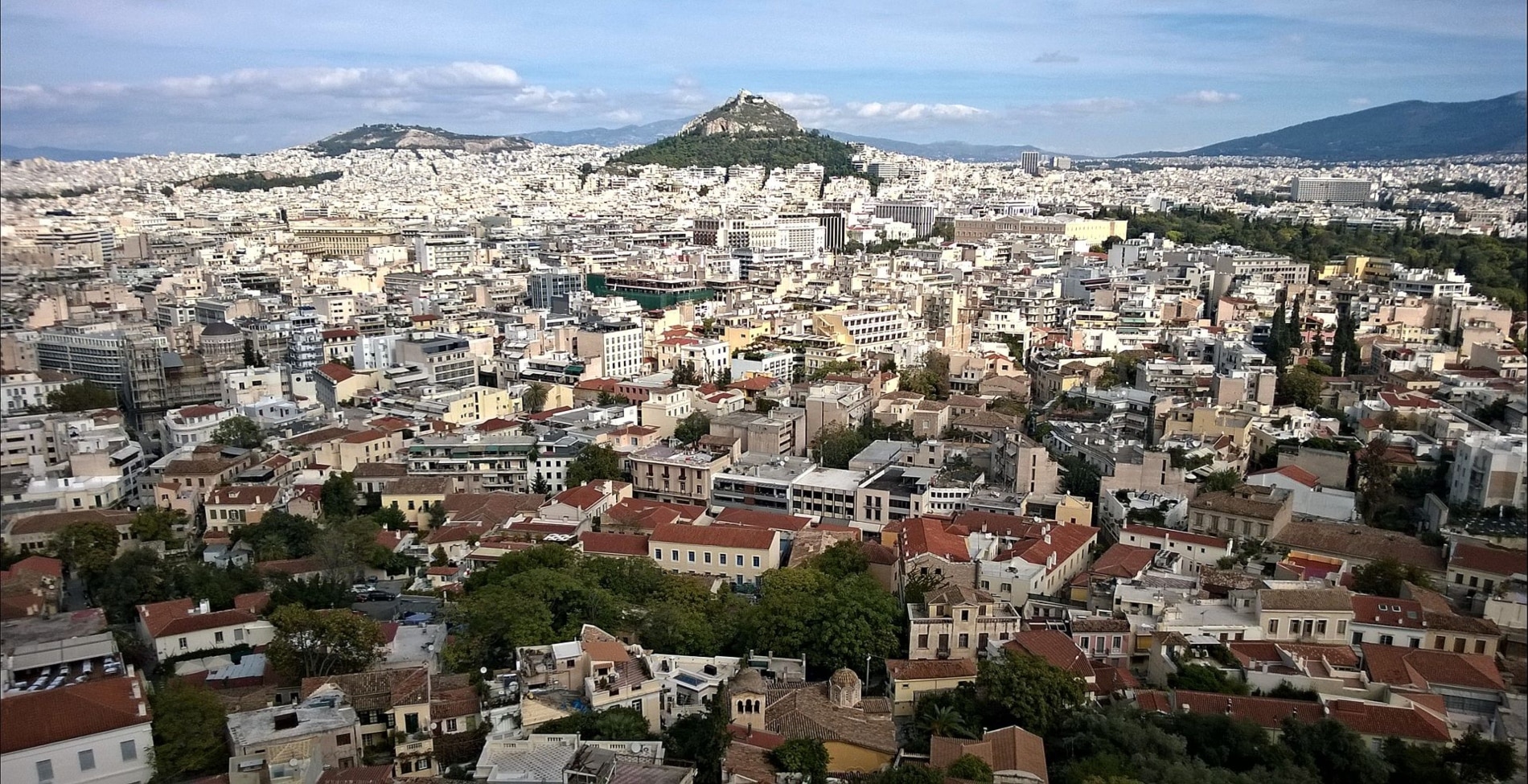 What was the “little Lycabettus” of Athens, and what happened to it?

The history of the Splinter Stone in the heart of Kolonaki district.

Even if you have been to Lycabettus only once (which is hardly possible) the view explains why the hill is so famous in Athens. Lycabettus is the hill you climb to calm down, gaze over the city, stare at the full moon and dream.

Going downhill you will pass through Kolonaki and the surrounding areas to the historic center. Lycabettus is also located a few minutes from the center of Athens. Kolonaki, however, is the area that is more connected to LycabettusThe perception that we have today is that of a densely populated area, which is one of the most expensive in Attica. The image of this district, however, was shaped over time having suffered various influences. During the Turkish occupation, for example the area was covered by fields, vineyards and pens of shepherds who grazed their herds on the slopes of Lycabettus and sold their milk in the new capital of the country. It is of no coincidence, after all, that the area was called Katsikadika.

The “Little Lycabettus” in Athens and its history

Few have heard of “Little Lycabettus”. What was it and what happened to it. The construction of the area of Kolonaki in terms of residences took place gradually in the early 1860s and until 1880. In fact, there were few residents there at the time. The area of Thexameni (The Reservoir) had been inhabited earlier but it was considered dangerous until the 20th century. In the following decades, however, Thexameni became a hangout for artists and intellectuals.

What is not particularly known is that after the liberation from the Turkish occupation, the hill of Lycabettus had no vegetation at all. In 1831, its extensive quarrying began, by the great architect of the time, the well-known Stamatis Kleanthis. He was, in fact, one of the two architects who drew up the first city plan of Athens. So this is where the story of “Little Lycabettus” begins. Kleanthis had bought a large area, called “Little Lycabettus” or “Splinter Stone” as it is now known. Then the land ended up in becoming today’s Panepistimiou avenue. leanthis created a “stonecutting workshop” something that others later imitated. The slopes of the hill were exploited by the stonemasons, as everyone wanted to mine the precious stone. 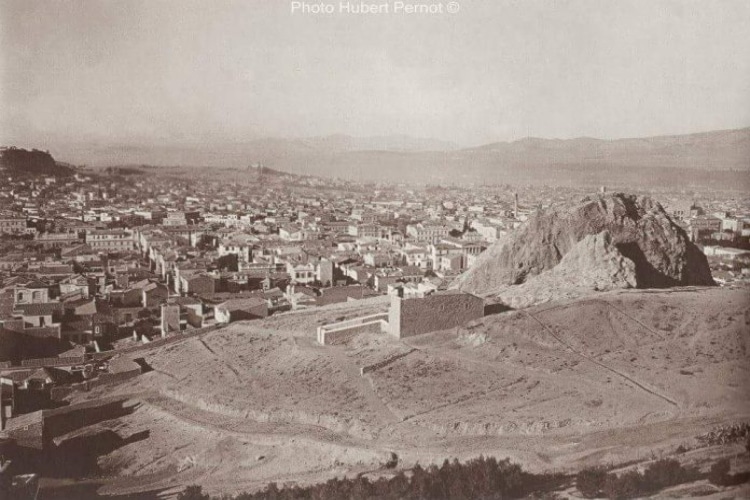 That is why, apart from “Little Lycabettus”, the area was named Schisti Petra (Splinter Stone) as it demonstrated this very situation. Because of its extensive carving, it seems as if the huge stone volume has been “torn” creating the main hill with the high top and a much smaller one next to it. Finally the extraction of stone from the hill was stopped in 1960. After a brief pause, the Law of 1861 allowed the possibility of quarrying, as did a new law in 1900. At the same time, a tree planting campaign was launched, led by Princess Sofia in 1912. 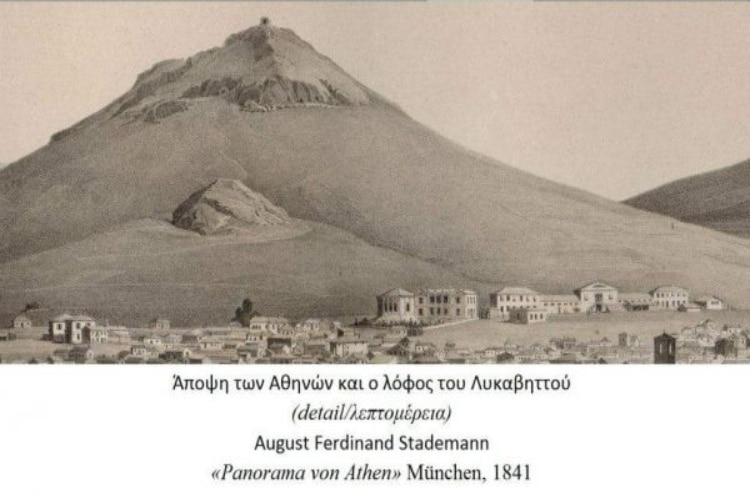 The area of Little Lycabettus in later years until today. 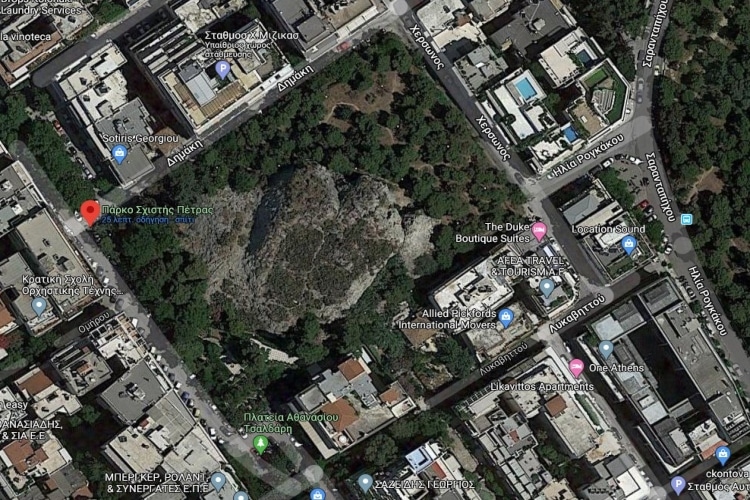 The “Splinter Stone as seen in Google Maps”

In those years, the “Splinter Stone” constituted an unbroken unity with Lycabettus hill until the 19th century. However, after various geological phenomena, the extensive quarrying and the new town planning of the area with the new residences, the two hills were enclosed. Today the old “Little Lykavittos” (Schisti Petra) extends in an area that has the size of a building block. From the map we can see it surrounded by howses. So the very relief of the hill has been altered. The hill of Schisti Petra is defined by the streets of Lycabettus, Dimakis, Hersonos and Anagnostopoulou.

Although Schisti Petra is located in the heart of Athens few are aware of its existence. A certainty is that Athens has many little secrets and each time its history surprises us.

Information from the book “Athens, Zafiropetra”, by P. N. Avramopoulos.

Lycabettus: Five things you may not know