Paved in a day: the history of Syngrou Avenue

How did the great avenue of Attica once look like?

It is one of the most central roads of Attica that has always connected the center of Athens to the sea. Its history is lost over the years with many important events linked to it. It has gone through various reconstructions until it reached its present form. Talking about Syngrou Avenue.

Syngrou and its history

Syngrou Avenue was built at a place which was not selected by chance. The area has always been a hub through which people and means of transport were passing through to go and back and forth to the port of Faliro. 1898 was the landmark year when construction of this characteristic road in Athens began. The implementation of the project was carried out by an engineer of the army, named Ioannis Genisarlis. A large part of the project was funded by legacies by Andreas Syngros, whose name the avenue now bears.

At that time Syngrou ave. certainly had nothing to do with its current form. Endless fields and old houses were located to the right and left of the road. One of the events that have gone down in history is the following: At one point on the road in February 1898, an attempt was made to assassinate King George the first by G. Carditsis and I. Kyriakos.At the site of the failed attempt, the Holy Church of Agios Sozon was built in memoriam.

The works of completion of the construction of the avenue were finished much later, during the administration of Eleftherios Venizelos. That’s when various neighborhoods began to form around it, such as Nea Smyrni, Neos Kosmos and Kallithea. 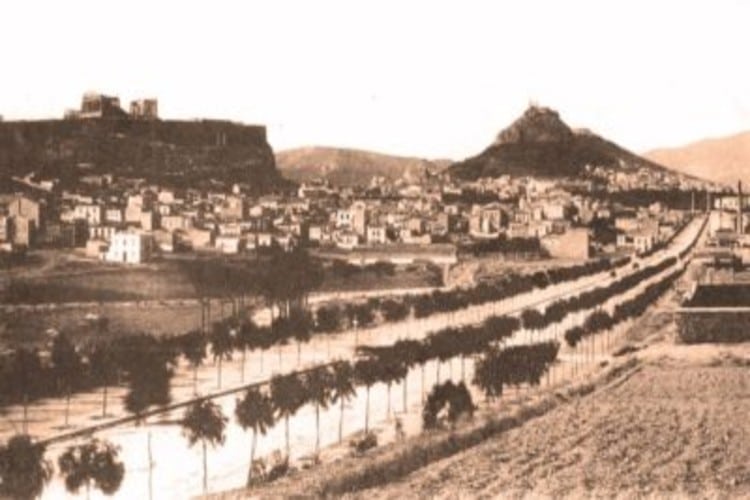 Paving the road… in one night

In 1954, the first construction works on the road were carried out and a few years later, in the summer of 1959, the electrical lighting network of the avenue was inaugurated. In 1966, the Eugenidion Foundation was inaugurated on this road with the first planetarium in Greece.

What is surprising and quite provocative, however, is the asphalting of the road which took place in no more than 24 hours. There was, of course, a reason for this to have happened In the spring of 1979 under the government of Konstantinos Karamanlis, the agreement concerning Greece’s entry into the European Economic Community (EEC) would be signed in Zappeion. For the ceremony that French President Valery Giscard D’Estin would come to Athens on the presidential plane. 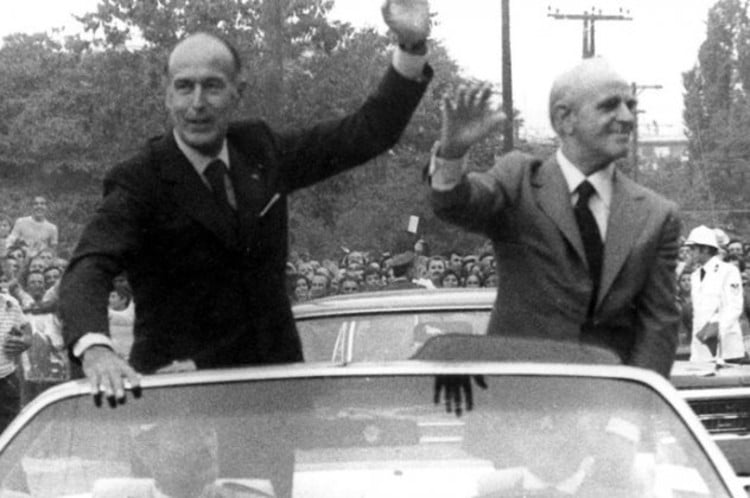 The government, as was logical, had in store a great deal of welcoming for the French President, Mr. D’Estin. A reception that would create a great sensation. The reception would take place in all honor and, among other things, he would have to be transported in some way from the then airport of Ellinikon by a convertible vehicle. The purpose of this was to enable people to see the dignitaries and they would be able to wave at the crowd. This parade, of course, would pass through Syngrou Avenue, which needed a major renovation. How could such a reception be made without the road having a significant pavement? Thus it had to be done, and it did, in almost a day. The new asphalt was made in time that broke the records regarding any Greek precedent. In almost 24 hours the road changed form and the cars of the Athenians would enter a new era.

Nothing, of course, is reminiscent of Syngrou of previous times Along Syngrou Avenue, a line of economic, spiritual and sports activities is now being established. You will find many companies, clinics and cultural centers there, while many offices are housed in its high-rise buildings.