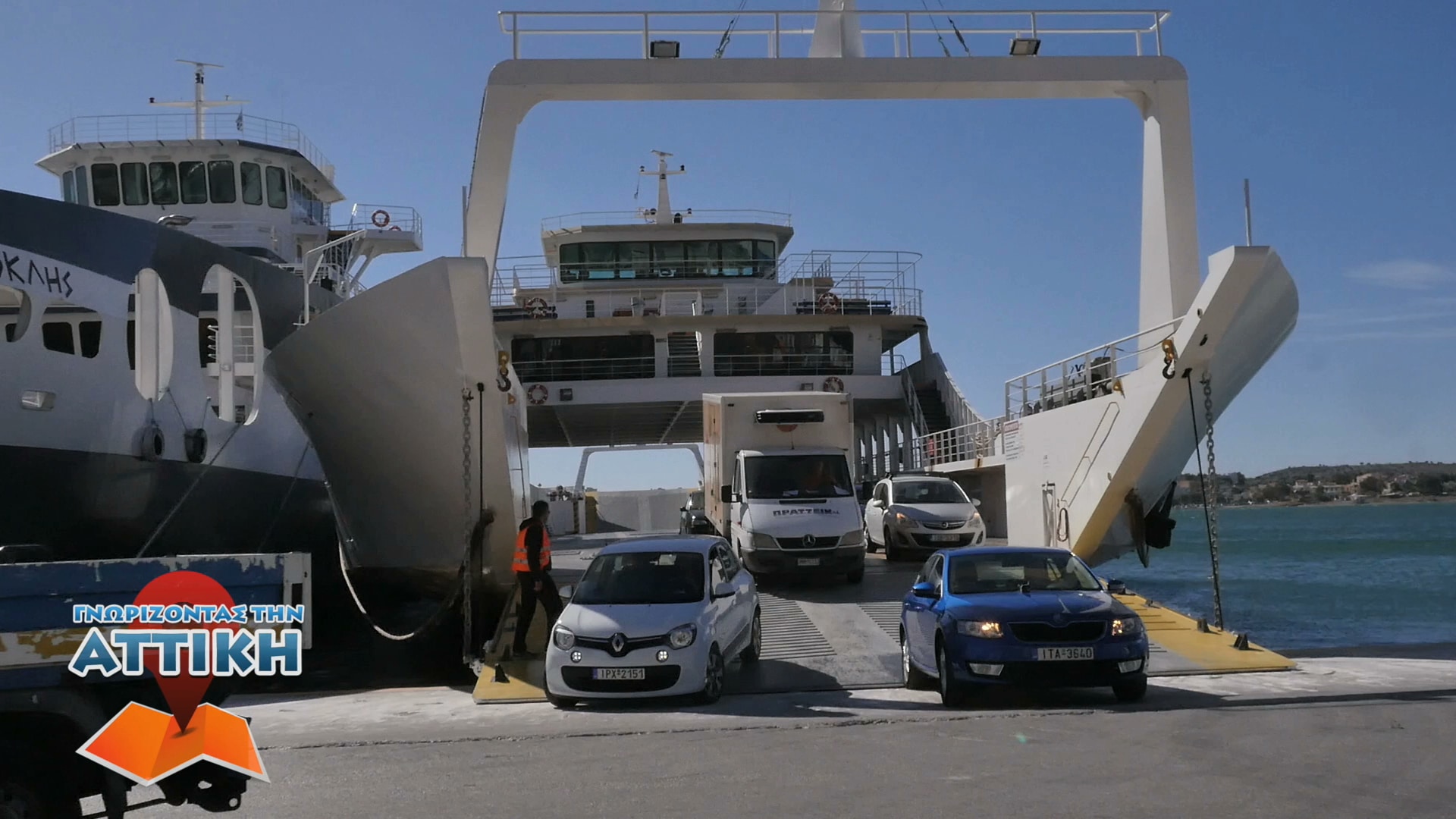 To reach Salamina, I have to go down to Perama. Within about 45 minutes with normal traffic I reach the ferry. The crossing from Perama to Palukia – the busy port of Salamina – takes about 15 minutes while the sea line is open 24 hours a day. My route is economical and ecological as the car I drove burned only 4 euros for this distance.

Birthplace of great personalities of antiquity and modern times, with long cultural heritage, historical and religious monuments and natural beauty, the rather wronged Salamina is the most densely populated island in Greece, due to its connection to the opposite side. It is essentially an island suburb of Piraeus, which on weekends is flooded with crowds of fancy excursionists. That’s why I preferred to visit Salamina, or Koulouri as it was known in antiquity, on a week day.

Before I started the routes to the must attractions of the island, I thought I’d leave the car in the parking lot of the fish market and walk through the old neighborhoods of Chora.

As if I had disembarked from a time machine, I toured the alleys with the village houses, whitewashed houses or the others, that carry the <patina> of time, and had a conversation with local elderly people who declared unequivocally,so they will hear them their children and grandchildren, that “until they close their eyes”, the bulldozer of construction will not step on their yard.

The neoclassical houses give off nobility and testify to the old glamour of the island. I found several of them, others well-preserved, others abandoned, in this neighborhood of memories, near the small square of the church of Ag. Mina, the patron saint of Salamina.

Several more modern houses give color to the city with their tufted bougainvilleas. Several Athenians and Piraeuians have their cottage in Salamina.

our time travel has continuity. From the coastal road I head west towards the Forest of Faneromeni and the homonymous historical monastery.

On the beach of faneromeni Monastery, the windswept house of the great Greek poet Angelos Sicilianos, who lived there the last decade of his life with his second wife Anna Kampanaris, is preserved.

The restoration of the house was completed in 2006 and contains relics, photographs, letters and everyday objects.

The historic Monastery of Faneromeni had just opened its gate to the evening. The monastery founded at the end of the 17th century by Saint Lawrence had great military action during the Revolution of 1821. As another insubordinate “village of Asterix” it was never conquered by the Turks. It was a shelter for the persecuted, a fighter’s hospital and a lair of chieftains. Now a days it is an active women’s monastery.