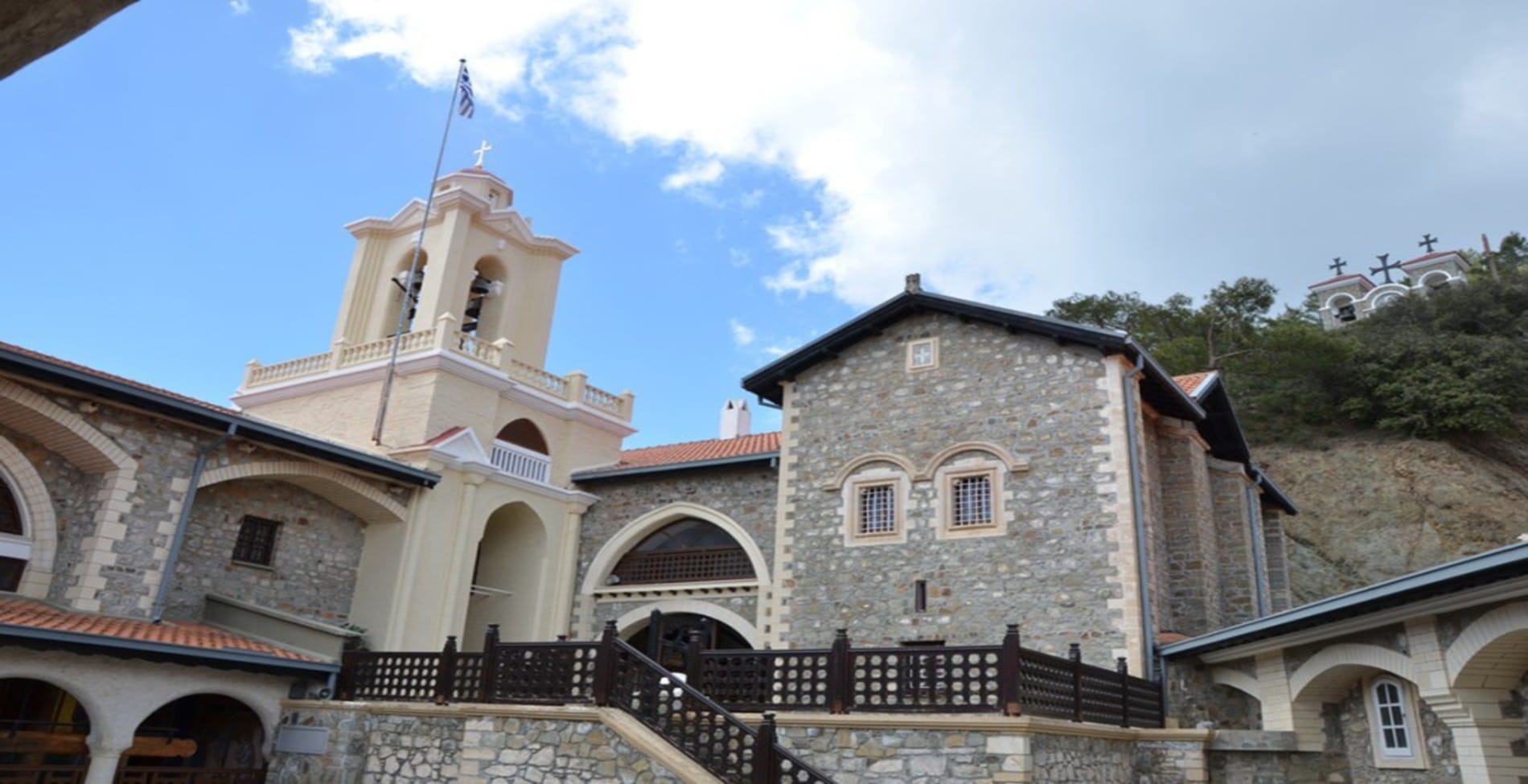 Kykkos Monastery and its history 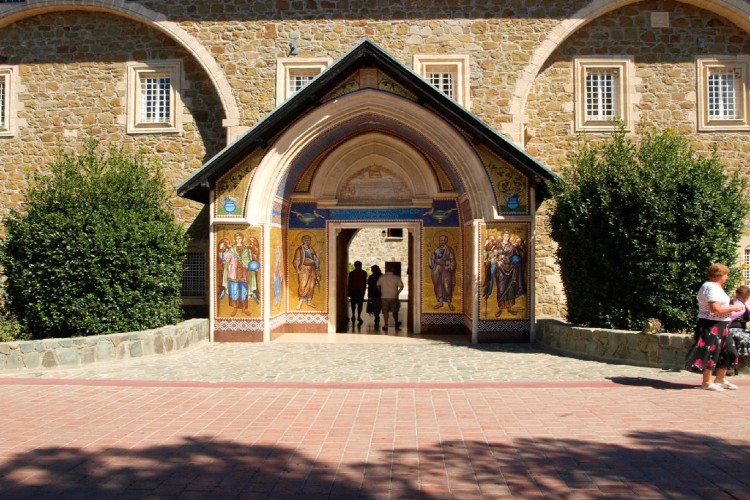 The Holy Basilica and Stavropegian Monastery of Panagia Kykkos as its full name is, is one Cyprus’ three largest and most historic Holy Monasteries, which are subject to the Church of Cyprus. Its construction is located in the 11th century located at the homonymous point of Mount Olympus in the western part of the Troodos mountain range. It is called a basilica because it was founded with the personal financial contribution of the Byzantine Emperor Alexios Komninos. Regarding the name Stavropegian, it concerns something that many do not know not only for this monastery but also for others. And which is that a cross was placed on its foundation stone. This act, in the language of the Church administration, means that the monastery is self-governing, but of course within the entirety of the Church of Cyprus.

Why do plane-windows have a small hole?

As far as the name Kykkos is concerned, its origin is not clear. One view says that this name is due to a native shrub of the area which is also called “kokkos” (grain). This tradition links this particular name to a bird’s voice. It is said, therefore, that during the Byzantine years the bird roamed the surrounding mountains and foreshadowed the establishment of the monastery. The lyrics of the song were as follows: Kykkos – Kykkos the mountain, a monastery will be built, a golden Lady will enter, and she will never come out. Meaning, according to tradition, the Miraculous Picture of the Virgin Mary that has been kept there since the 11th century.

Unfortunately, the Monastery has suffered many disasters over the centuries mainly from fires, resulting in the loss of many of its treasures. 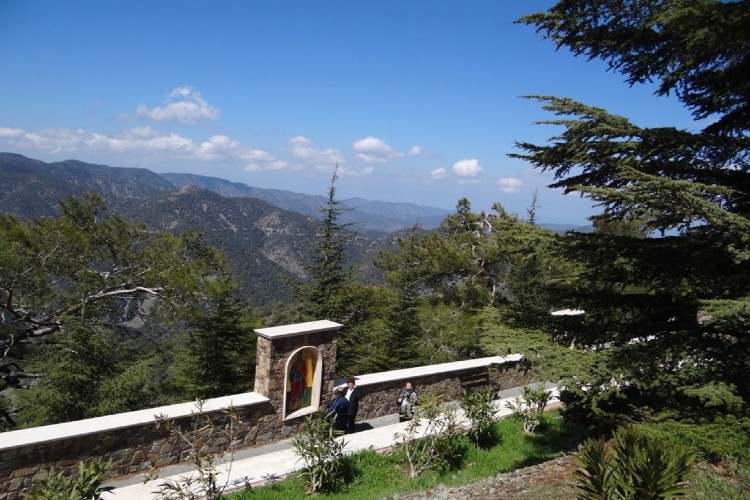 The Throne of the Virgin Mary

The Throne of Panagia is located northwest of the Monastery of Panagia Kykkos. It is a spot of impressive beauty, an inaccessible mountain peak with an altitude of about 1450 meters. The area is directly connected to Kykkos Monastery.

It is characteristic that Panagia Kykkos, during the years of Venetian rule on the island, 1489-1571, was called Panagia of the RainThe fathers of the Monastery, therefore, used to process the icon of Panagia Kykkos during periods of drought. And they didn’t do a simple litany, but they did a procession through a mountain path. They climbed with the picture to the top of the mountain and placed it on a wooden throne, calling inorder for the drought to end. From this fact comes the name of the site, “Throni” (Throne) of Panagia.

What you will see in Kykkos Monastery

In the Monastery, you will admire and worship the icon of the Virgin of Mercy that presents the Virgin holding the baby on the right sideAccording to tradition, it is said to be a hagiography by the Evangelist Luke himself. Also, during the period of Turkish rule, the Monastery was a spiritual centre a role that it keeps to this day. Also, for its great contribution in general to the spiritual development of Cyprus, it has been honoured by the Academy of Athens. In 1974, during the Turkish invasion in Cyprus and later on, it offered great help to the homeless. 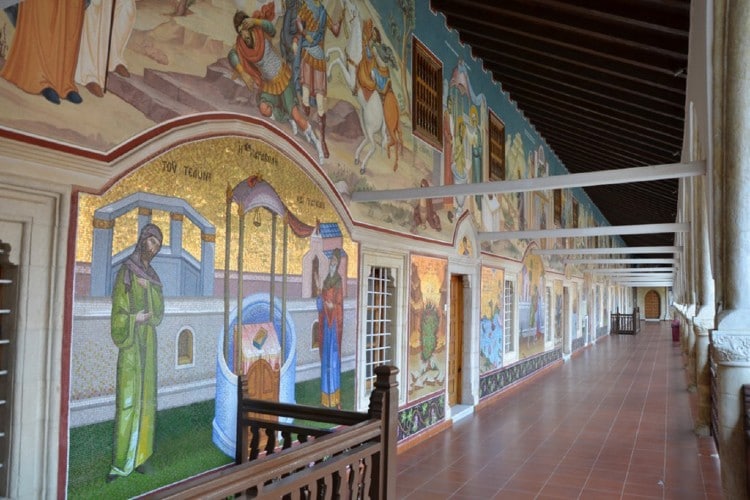