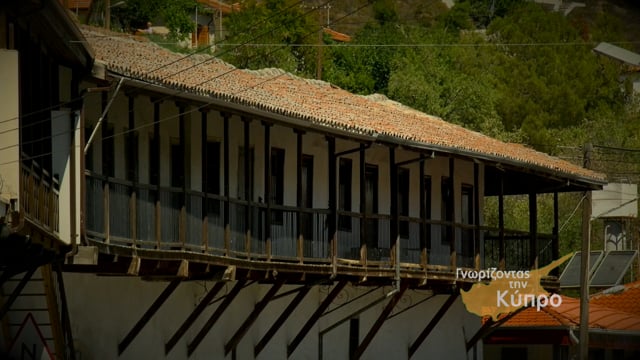 Built at 620 meters altitude, on the banks of the river Klarios, Galata is one of the diamonds of the Troodos mountain range in Cyprus.

The location and history of

Galata is located 60 km west of Nicosia, in the valley of Solia. Looking back to history, where myths and legends were mixed with history, it is said that, west of today’s village, some shepherds lived with their herds. Tradition wants people who lived in the lower places to go there and buy milk.

Of these “galataes” (meaning mil-men) it is considered, therefore, according to the tradition, that the village took the name Galata. Another version wants the name to be given to it by the first inhabitants who came from Gaul of Asia Minor during the Byzantine period and were called Galates (Galates is the Greek word for “Gauls”).

Galata: The village of wooden balconies

Apart from the beautiful natural landscape, if anything makes Galata stand out, is its wooden balconies and its unique architecture. The old traditional houses were built on the basis of folk traditional architecture, with two floors. On the second floor, there was an extension of the wooden balcony which looked towards the main road. Today this architecture may be declining but many examples of it remain in the village.

Syros: What life is like on an island when it is not summer

Near the village of Galata, there is a famous monastery. Panagia Podithos that has been standing there since 1502! It is dedicated to Panagia Eleousa and has been included in the Unesco World Cultural Heritage List. It’s a monastery that, since you see it for the first time, you can’t easily forget. It has a rectangular shape and, on its east side, it ends in a prominent semi-circular arch. The walls of the church are built with rough stones and mud.

Galata, especially during the summer months, is one of the most favourite destinations of Cypriots and foreign visitors. And it’s not accidental. It is a village dressed in all the colours of the palette of nature. Where nature has generously given away its most beautiful elements. Its natural vegetation and areas of arable land – the village is famous for its fruits – mingle creating images that look like a painting.

I’m sure this is a trip that won’t look like any other. A walk in the Byzantine history, on the river Klario and in the village that has wooden balconies as its trademark …