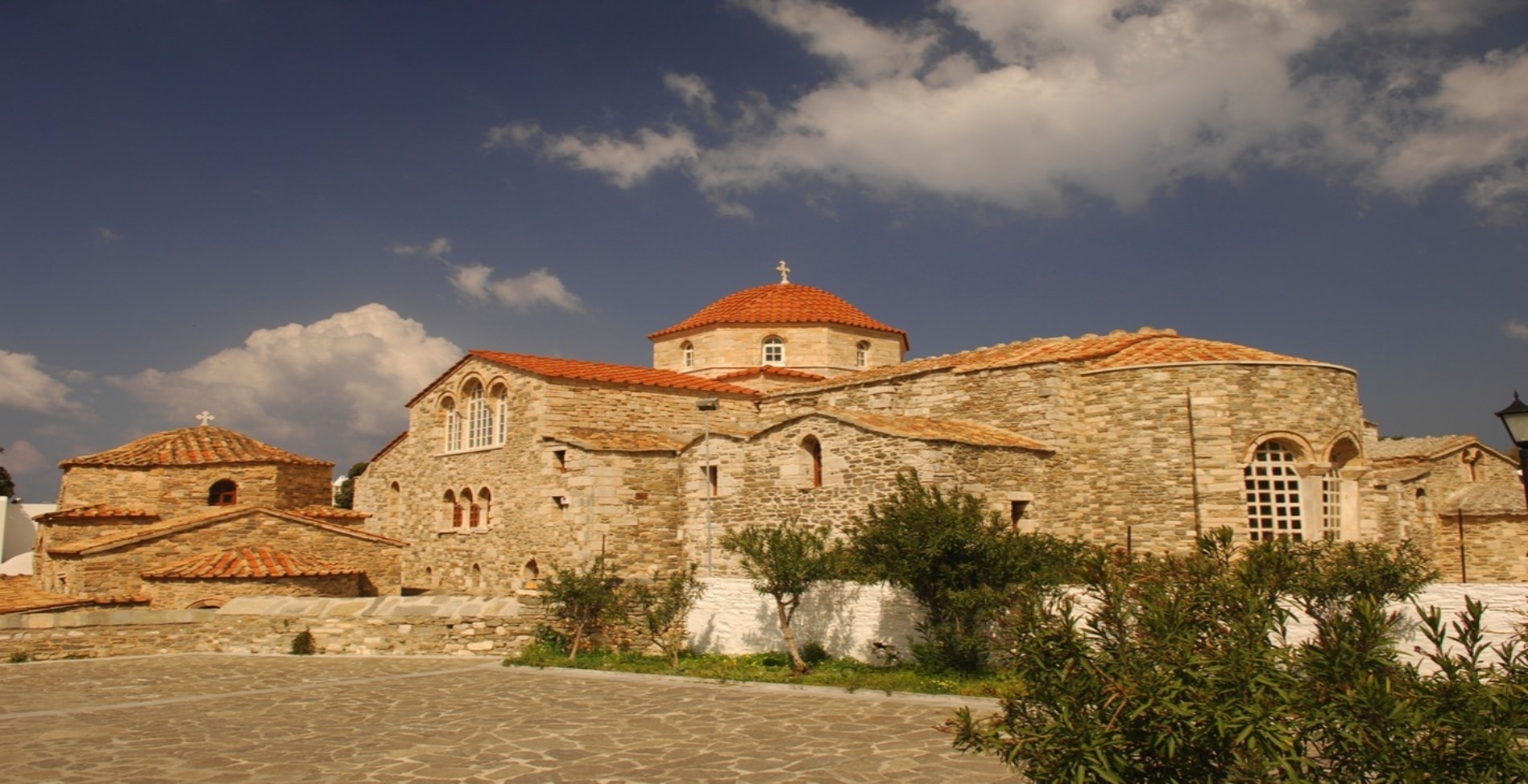 Paros: The magnificent temple and the legend with the 100 doors

The church that awes and overwhelms you with the feeling of devoutness.

In every corner of Greece, you will find churches, monasteries and smaller or larger temples. In islands or mountain villages especially, many churches have been founded in honour of the Virgin Mary. Paros, surely, has one of the most impressive ones. The church with the… 100 doors. Panagia Ekatontapyliani.

It is one of the oldest but also best preserved Christian temples. In addition to Ekatontapyliani, you’ll hear it also called Katapoliani. But how did she get her name? The name of the Church of Ekatontapyliani or Katapoliani, comes from the term “katapola” and means “towards the city”, as it probably “shows” the place where the ancient city of Paros was located. Today’s official name of the Church is Ekatontapyliani, which is also associated with a legend: “Ninety-nine obvious doors Katapoliani has. The 100th is closed and it can’t be seen. It will be seen and opened when the Greeks take the Constantinople back.” There is another legend, which contains a tragedy and is connected to the great Monumental Gate, which was placed in the north wing of the Holy Pilgrimage, a few meters beyond the chapel of Agia Theodosia, Professor Orlandos, during the restoration of Ekatontapyliani.

The two human forms found on the cuboid bases that support a marble decoration, excite the popular imagination. According to the folk legend, Ekatontapyliani on Emperor Justinian’s reign was built by the former assistant of the first master of Agia Sofia, Ignatius. When the student completed the temple he called his teacher to admire his work. The first master, jealous and for fear of being overtaken by his student, lured him to the roof supposedly to show him a serious architectural error.

The imposing churches of Greece dedicated to Virgin Mary

The unknown small replica of Agia Sophia in Greece

From there he pushed him, but when the student fell, in his attempt to save himself, he was caught by the Clothes of the First Master. The result was that they fell, and were killed in front of the temple. It is said, then, that the two forms represent the first master and his disciple.

In fact, the two forms have nothing to do with either Agia Sofia or Ekatontapyliani, as they are much older. These are two satires, detached from an ancient sanctuary of Dionysus, as were so many other ancient pieces of archaeological value. Paros: The location of the temple and its magnificence

The magnificent church of Panagia Ekatontapyliani is located in Parikia, the capital of Paros, a short distance from the port. The resplendent temple with the 99 open and the one closed gate is an entire building complex. There are the main church and six more chapels dedicated to various saints such as St. Philip, Agioi Anargi etc.

Outdoors, guests have the opportunity to admire, in addition to the huge iron gate of the entrance, the rest of the temples. Among them is the famous basilica of Agios Nikolaos, the church of Agia Theodosia but above all the well-preserved baptistry of the 4th century, the oldest in the entire Orthodox East.

The interior of the church lacks nothing of the glamour of the exterior. What you will admire when you pass the entrance, is the grandeur of a centuries-old tradition.

During the restoration of the temple between 1959-1966 the archaeologist Anastasios Orlandos revealed a Roman-era gym. It also has a wonderful mosaic floor, which is decorated by the Feats of Hercules and which today has been transferred to the courtyard of the Archaeological Museum of Paros.

Patmos: The Cave of the revelation, a place of peace and tranquillity