Scorpio: A world-renown Greek beach is being destroyed

The much-advertised Greek waters are invaded by tourists

by Exploring Greece TV
in NEWS
A A

The myth of Aristotle Onassis and Jackie Kennedy’s dives are an attraction for thousands of visitors. And that’s where the problem starts.

Scorpio Beach emits a distress signal. A world-renown Greek beach is being destroyed, as claimed by the island’s director Andreas Leonidou.

Scorpio, the refuge of Onassis, is a beautiful island. And how could it have been different since this is the place where the Greek tycoon chose to build his main holiday home. Several decades back, the paparazzi would kill to have a photographic frame of the First Lady of the United States.

On this Greek beach Jackie Kennedy was “captured” swimming naked. In the turquoise waters of Scorpio, several episodes were recorded with the international jet set enjoying the Greek sun and the Greek sea.

Naturally, this particular spot, due to the myth of Aristotle Onassis, attracts thousands of tourists. And that’s where the problem begins. The island was owned by the Rybolovlev family in 2013. The new owners of Scorpio decided to keep the landmark beach open to the public. “Tourists want to see it, to photograph it. This is understandable but at the same time we have to think about the condition of the beach so that it does not change dramatically over the years,” Andreas Leonidou told the Free Press newspaper a few days ago. 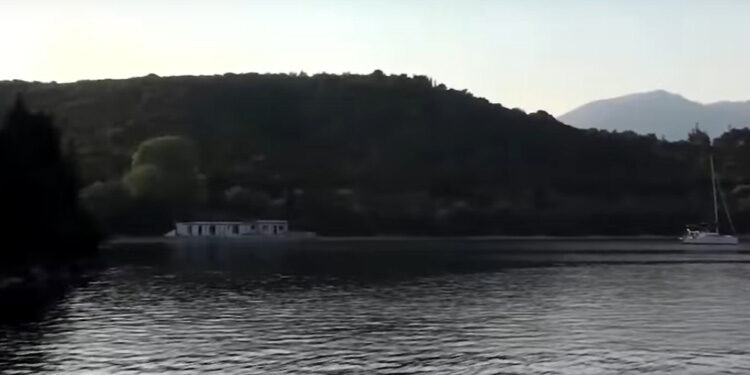 In recent years, tourists have been invading the beach of Scorpio. Visitors multiply. In addition to the daily excursions of tourist ships, they come by private yachts. Can the beach have so many people? Well, I guess not. Mr . Leonidou claims that the ecosystem has been altered. “More than 2,000 tourists may visit the area every day. They take with them some sand, so every summer, we add new sand to the beach, in the tourist season, he stresses.

The problem has grown over the last four years. In the summer months – June, July and August – tourists swim in a few square meters, next to ships and yachts. The crowding on the much-advertised beach of… Jackie, in Lefkada, is big. Surely such an image cannot continue forever although there is no possibility of closing the beach, in the plans of Rybolovlev. At least for now…

Trip to Lake Kastoria: Nature at its best

Meet the Museum of Electric Railways in Piraeus