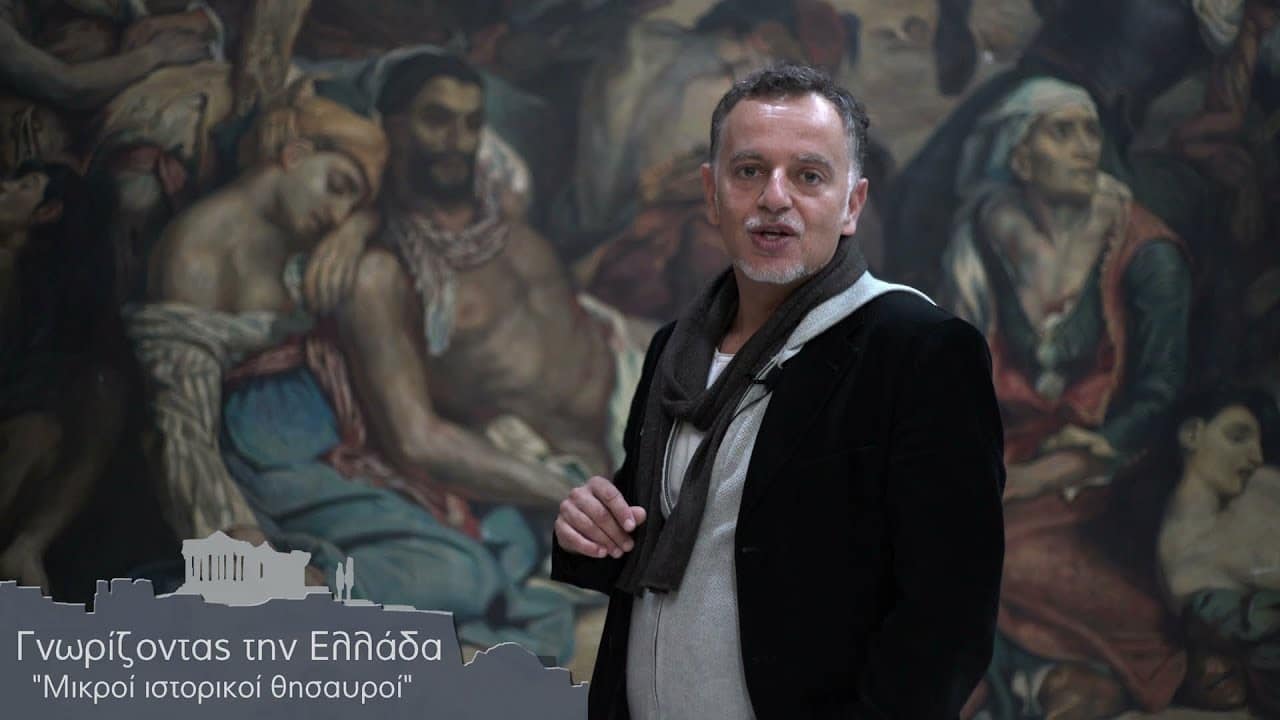 A visit to a museum is always a journey through time, in a culture or in history. Especially when it has to do with the 1821 revolution in Greece, one can find many exhibits, relics and even paintings in many museums of Greece. This is also the case with the National Museum of History otherwise called the Museum of the Old Parliament. There are treasures there, that you won’t see anywhere else.

In this museum which is in the heart of Athens you can see many exhibits including the costume of Theodoros Kolokotronis and a large collection of weapons. For example, you will see there the weapon of Athanasios Diakos and other flintlock rifles. But among other things, there is a macabre exhibit. It is located in the hall dedicated to the three islands that played an important role in the 1821 revolution and are Spetses, Hydra and Psara.

The macabre exhibit at the Museum of the Old Parliament

There, in a vessel shaped like an amphora, is the heart of Konstantinos Kanaris! Among miniatures of Greek and Turkish ships that revive the famous naval battles.

The heart of the man who put on fire the Turkish ships and was a legendary fighter of 1821, was removed from his body by doctor Ioannis Zochios and was kept respectfully in order to remind us of the great moments of the nation. The sculptor Thomas Thomopoulos created the ampulla and the marble shrine in which it was placed. The National Museum of History was moved in 1933 to be turned into a pilgrimage for younger generations. On the sides of the shrine are engraved the names of Chios and Psara, Tsesme and Alexandria in gold. Places where the glorious sea-fighter did great deeds. At the top the statue of Niki (victory) is placed and the words “Hail oh heart of the Admiral Kanaris” are engraved on the ampulla.

The Museum in the Old Parliament is one of those museums a visit or tour is never a boring one. A journey through time and history under… the gaze of the chieftains of 1821.