Great architecture that takes you back in time

Raise your head, while walking on the streets of Athens, and give yourself a chance to meet a different view of Greece’s capital, if you’re not in a hurry that is. You will uncover a site of rich history, great architecture and unique aesthetics. Among the apartment buildings and the high-rise buildings, there are small and large diamonds many of them being the sculptures that adorn the city. Athens is full of such treasures with interesting stories and from visionary artists.

Some of the sculptures, certainly, stand out …

Theodoros Kolokotronis, is represented on horseback outside the Museum of History and Ethnology. You’ve definitely seen it if you’ve passe by Stadiou avenue. The impressive statue of the hero of the Greek Revolution, Theodoros Kolokotronis stands there. You’ll see him dominating the homonymous square. It has been described as one of the most important works of Greek sculpture. Few know that it is the first mounted statue of modern Greek sculpture. The main feature of this sculpture is the right outstretched arm with the pointer finger facing in a certain direction. Why does he have that posture? His sculptor, that is, Lazarus Sochos, wanted in this way to show the momentum of the great general. He actually wanted to portray him in such a way that he looked like the infinitely moving warrior. A particular characteristic about the sculpture is that the manikin was worked in Paris between 1891-1895. So it was awarded before it even got to Greece. 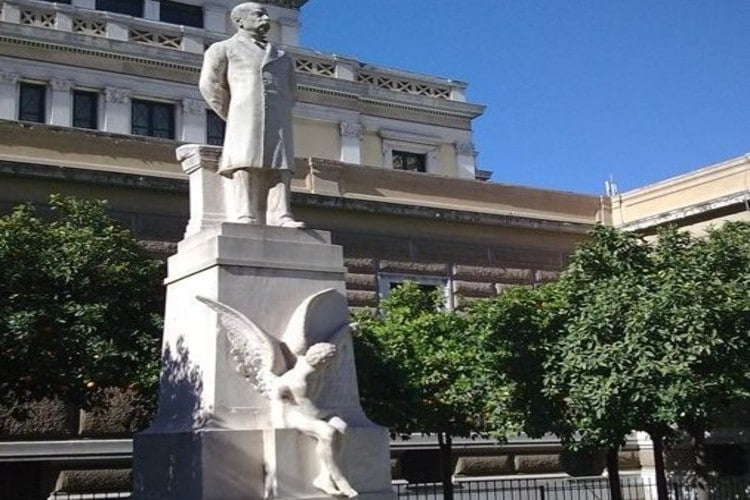 The Mansion of the Old Parliament is the first permanent residence of the Greek Parliament. That’s why it’s directly connected to Greek history. And that’s what you can see as soon as you get there, in its yard. There is also there, the statue of Charilaos Trikoupis, created by Thomas Thomopoulos. It was placed in the courtyard of the Old Parliament in 1920. In the beginning, it was placed in a building towards Stadiou avenue exactly in front of the entrance of the building. It was moved in its current position on the side of the building in 1954. You can see that, if you observe more carefully. At the bottom of the monument is depicted a naked, winged angel sitting . He actually symbolizes “Glory”, with his right hand resting on his feet, while the left one is raised diagonally, following his gaze. “I wanted nothing superfluous to decorate his pedestal. It is as an archaic column, without unsightly rhetorical movements” said Thomopoulos. 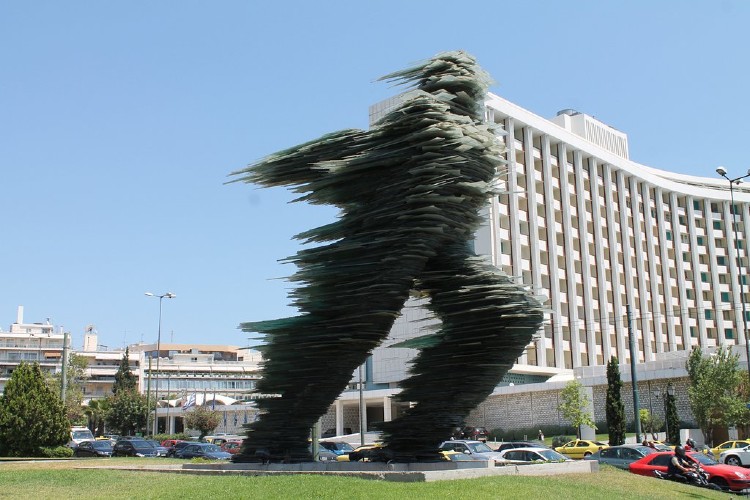 The runner who is so famous is the work of Costas Varotsos. It was created in August of 1988 as part of the artistic act “Dromena” (Actions) organized by the municipality of Athens under the mayorship of Miltiadis Evert. It’s a famous full-length sculpture which deservedly falls in the category of modern art. Its main material, as one can easily see passing through Vasilissis Sofias avenue, is glass. The form of the Runner looks like it’s on the move. This is further reinforced by its sharp endings. In 1988 the sculpture was originally placed in Omonia Square. However, the process of transferring it to the square of the The Greater School of the Nation, was completed in 1994. 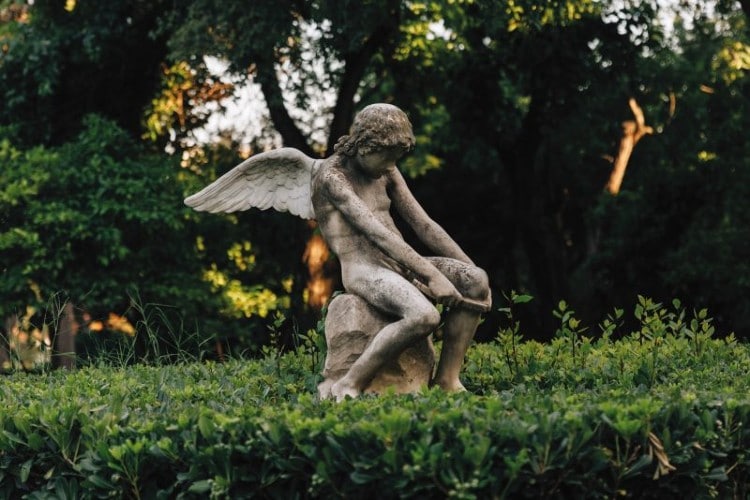 This is another one of the most beautiful sculptures in Athens. It is, of course, the God Eros that stands naked on a rock and tries to break its bow for some unknown reason. It was sculpted by Georgios Broutos and was set in Zappeion Garden in 1924. A characteristic of its beauty is that it had also won an award at an exhibition in Paris. 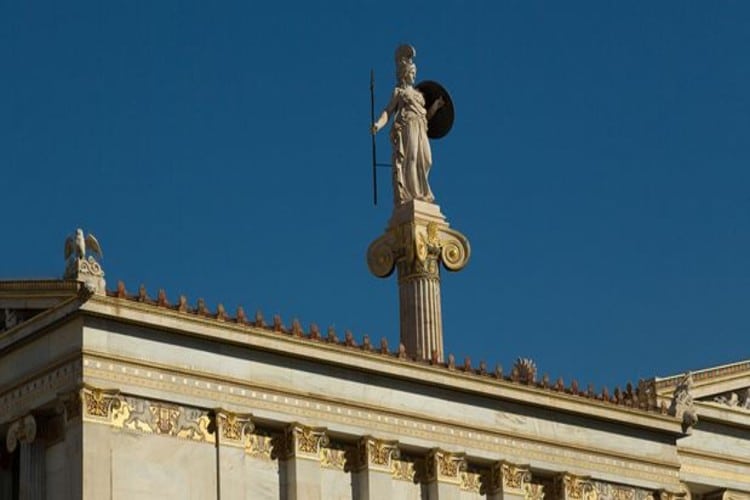 They stand out with confidence in Athens, each of them placed on a 10 meter high column How can you not notice them? They are in the open air of Hansen’s all-important neoclassical building. Looking at the sculptures you see the spear and shield of the goddess Athena, which is made of brass, while in the statue of Apollo we observe the lyre in his left hand. Athena and Apollo have been created by Leonidas Drosis. Formidable and impressive…

Rare photos from Old Athens of the 1900’s