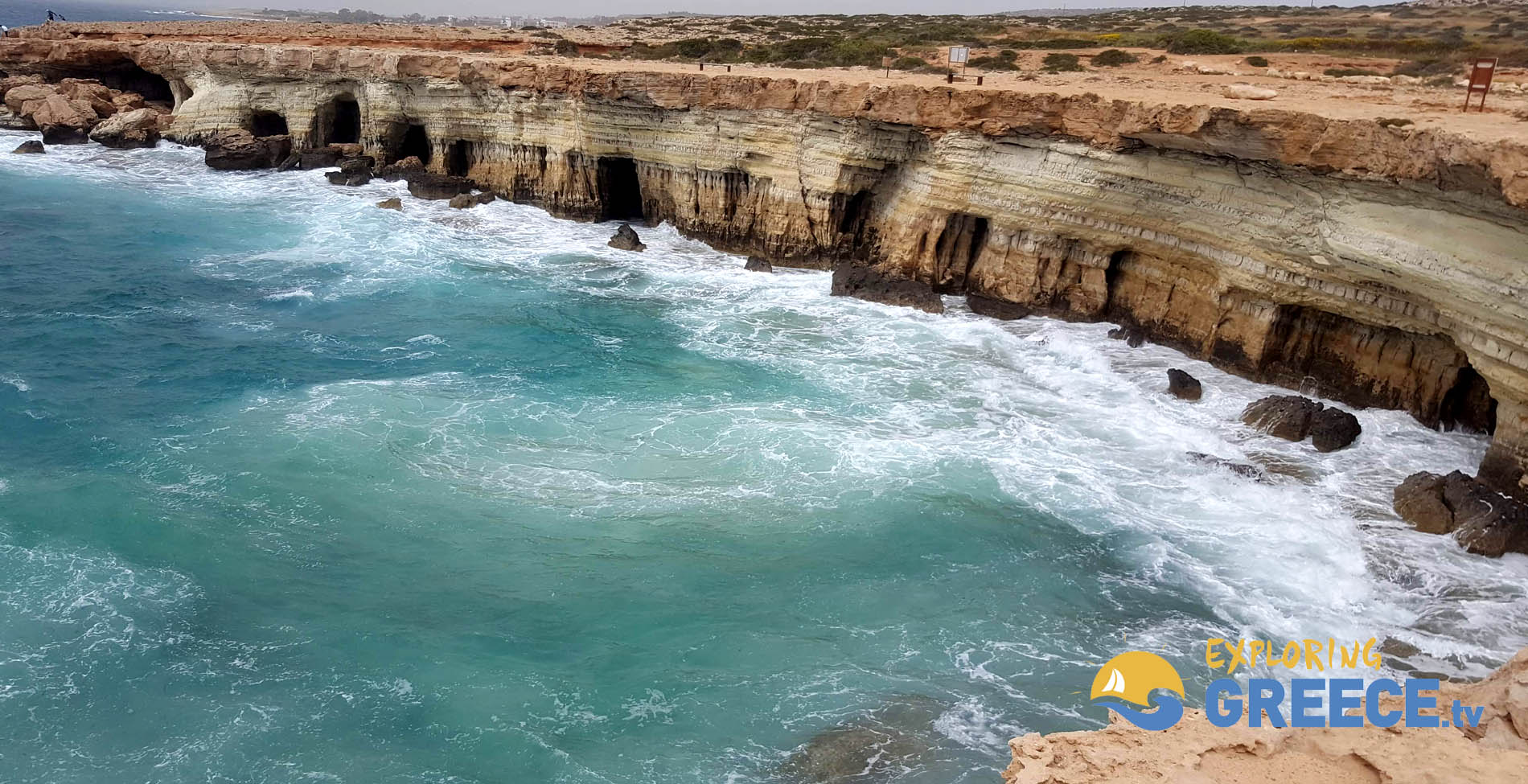 The exploringgreece.tv went to the most photographed part of the island

Mountain villages, blue beaches, unique views and impressive monuments of nature. These are some of the things that you’ll see on a trip to Cyprus. And every time you visit the island, you’ll be fascinated by the secrets it hides. One of these common secrets that Cyprus has is the famous Cape Cavo Greco. And we thought we should explore it as well…

The area and its interesting information

Cavo Greco is essentially a cape but also a small peninsula in the southeast of Cyprus, in Famagusta Province. We can find it between the areas of Agia Napa and Paralimni. A visit alone will make you understand why the area is designated as a National Forest Park, part of the “Nature 2000” program(Natura 2000). What characterizes the cape area are the underwater ravines and caves. This natural environment is a chosen migratory bird station. In Cavo Greco, 71 species of fauna live in a place full of shrubs mainly.

Cavo Greco has always been a much-discussed place as many divers have found many shipwrecks in its sea. In 2007, in fact, an ancient shipwreck of the 2nd century A.D was found. In the cape, there is a lighthouse built by the British, the second that was ever built in Cyprus after the one at the castle of Paphos.

Something that undoubtedly characterizes Cavo Greco is the unique natural paths. If you like hiking you will have the opportunity to walk through the pine trees and every now and then go out into clearings to admire the amazing view of the Mediterranean Sea. Stop on one of the many benches that stretch along these paths admiring the surroundings. 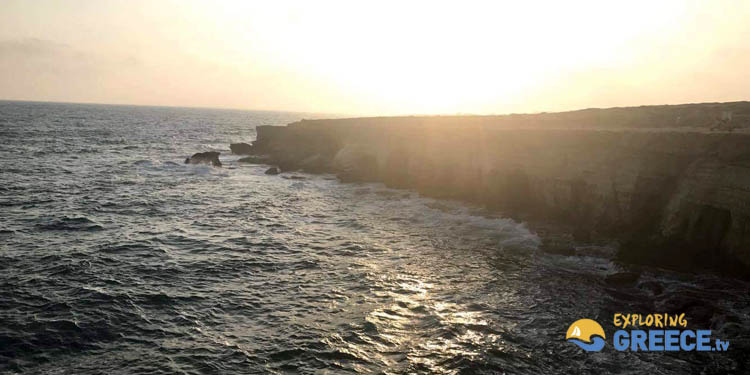 One of the most famous paths is a path of the “nature of Venus” which extends to a length of 2 km on the north-east coast of Cavo Greco. It is part of the cultural route of the mythical birthplace of Aphrodite (Venus) for which Cyprus is famous. Another path leads to the cave “Cyclops”. Nearby you can find ideal places for a picnic and cycling trails if you are a lover of the sport.

A characteristic of Cavo Greco is the many caves along the coastline from Agia Napa area to the National Park. The fact that the sea in the area is always of a temperature from 16 to 28 degrees Celsius makes Cavo Greco a popular destination for divers. In the good months of the year, when Cyprus fills with people, walking among the most accessible rocks is an experience that you will never forget. And you’re going to see a lot of people do the same with you.

Konnos Beach, one of the most beautiful in Cyprus 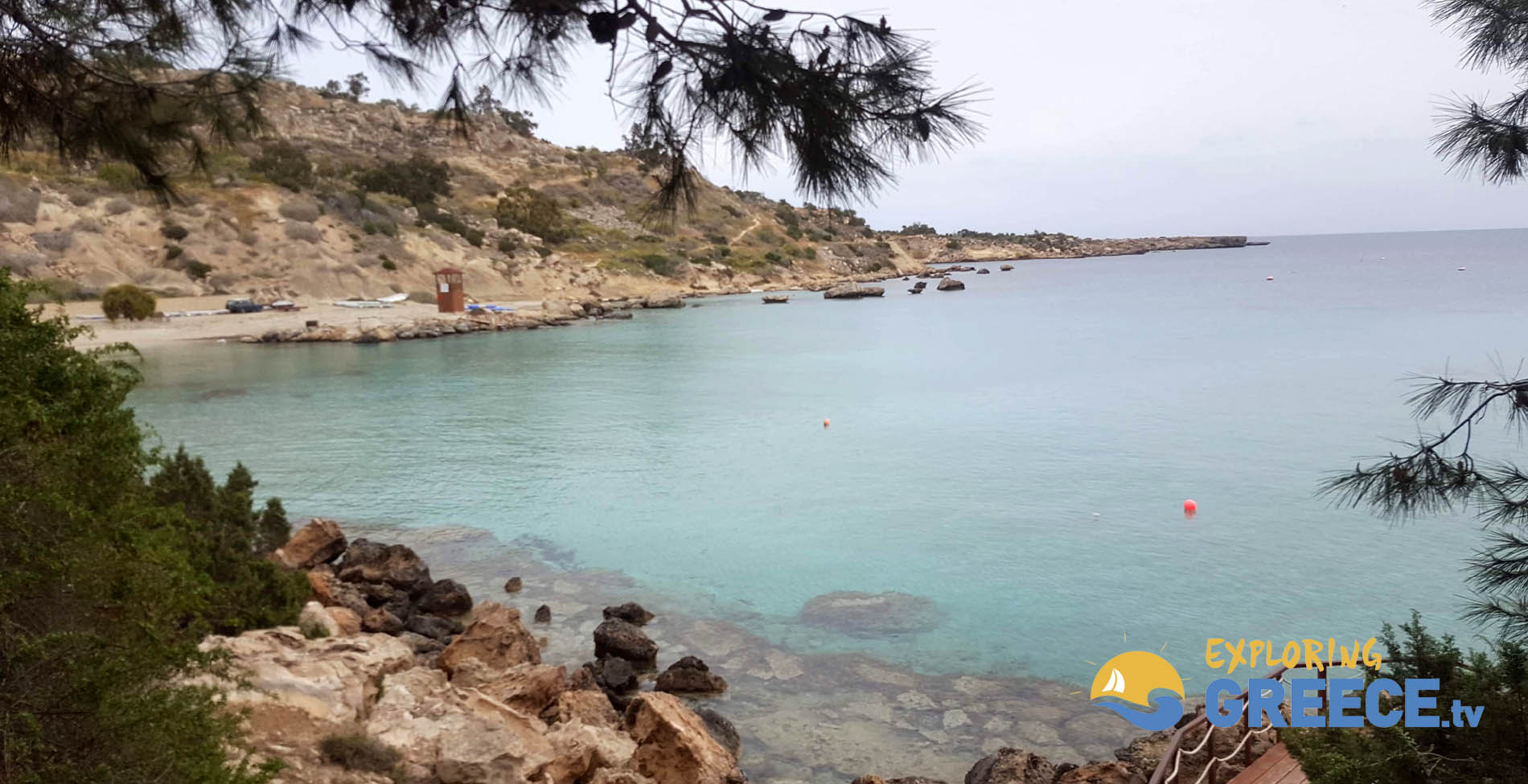 After we left Cavo Greco, we decided to make a stop at one of the most popular beaches nearby. To Connos Beach, then. At a distance of four kilometres east of Agia Napa, on the road between Cavo Greco and Protaras, is one of the most wonderful beaches that Cyprus has. At its only 200 meters of length, you will, of course, swim in the summer but also daydream in winter. It is also very well protected from strong winds which makes it have almost impenetrable to waves. Our access to the beach was very easy. 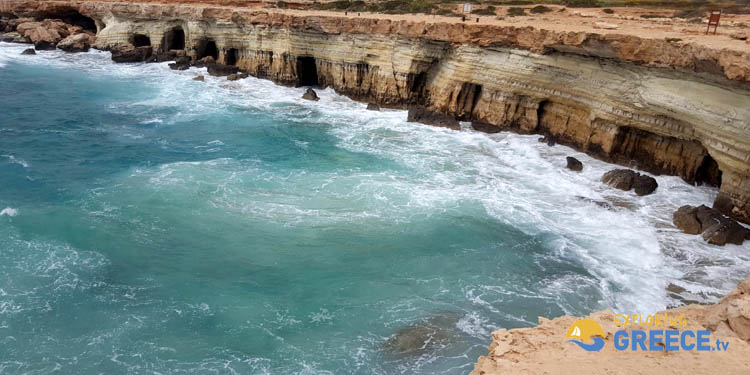 If you find yourself in Cavo Greco, don’t forget:

Visit a wonderful religious monument. It is the small whitewashed church of Agioi Anargyri from which you can walk straight to the sea.

Cyprus: The Petra of Romios, one of the most famous in the world