See the archaeological treasure in this video

by Exploring Greece TV
in CYPRUS, Nicosia
A A

Cyprus is full of archaeological treasures, some more and some lesser known. Tamassos is one of them. This ancient city of Cyprus is a very important archaeological site in the central part of the island, nowadaays.

The ancient city-kingdom of Tamassos can be found about 21 kilometres southwest of Nicosia. On the banks of the River Pediaios. Most of Tamassos is located under the modern villages of Politicon, Pera and Episkopio. The energy that the place exudes is a unique experience for the visitor to Nicosia.

Tamassos and its history 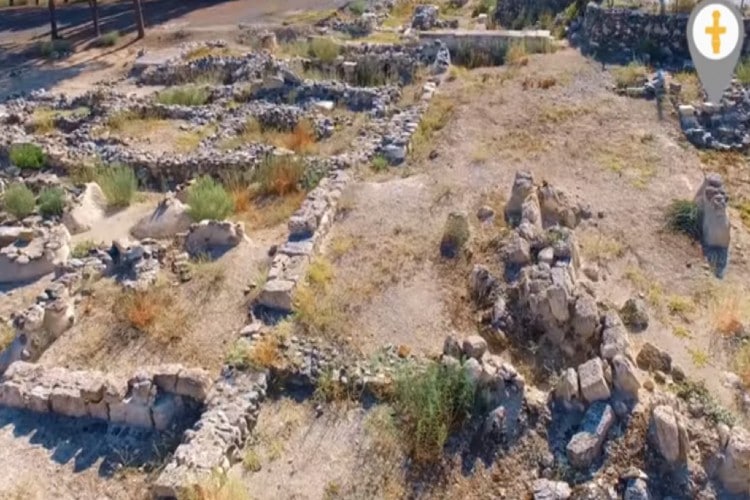 The Cyprus beach voted third best in the world

It is not known by whom and when Tamassos was founded. It seems that its existence dates back to the 8th century B.C., in an area already inhabited since the Late Bronze Age. Until the first half of the 7th century B.C., it evolved into an important city-kingdom. It experienced very significant prosperity due to the exploitation of the rich copper deposits of its territory.

Halfway through the 4th century B.C., the king of Tamassos, Pasicypros, sold the city to the king of Kition Pumiathon. In this way, the city came into the possession of the Phoenicians. In a short time, Tamassos and its mines were ceded to Salamina, until the final abolition of the kingdoms by the Ptolemys in 312-311 B.C. With the accession of the island to the Roman state the ownership of the mines passed to the Roman proconsul. In the first half of the 1st century A.D., Tamassos became one of the first Christian episcopal seats in Cyprus,

The first excavations at the archaeological site in Tamassos were carried out at the end of the 19th century by the German archaeologist Max Ohnefalsch-Richter, on behalf of the English gentlemen of Cyprus. He excavated many tombs of various periods and three royal built tombs of the archaic period, two of which survive to this day.

A place of special natural beauty

If you are a lover of nature and adventure, then you should also see up close the enchanting landscape that unfolds in the area. The reason for the Dam that Tassassos has. Nature unfolds in front of you and, in combination with the images from the archaeological site, offers you a unique experience.

Goudi Park: a green recreation area in the heart of Athens