Attica: What is the mountain that the Athenians used to call “Crazy”

The various regions in Athens and the whole of Attica have changed their names over the years. Many, in fact, have nicknames. The same is true of the mountains of Attica. Are you aware that a well-known mountain -<lung>[clean air> of Athens was called “Crazy”? And yet it is about imittos

Ymittos, the next mountain of Attica

It is the closest and most intimate mountain of Attica which is the favorite destination of Athenians on Sundays. The only 7.5 km that separates it from Syntagma Square and explains why it has always been a traditional place of recreation of the inhabitants of the capital. What many do not know is that this mountain in Attica was considered sacred by the Ancient Athenians. It is no coincidence that above its highest peak the Ancient Athenians had decided to place the statue of “Hymetius Zeus”.

The mountain it refers, in fact, to the works of many ancient writers, from Herodotus to Pausanias. It has also been walked and described by many foreigners and later Greek travelers and naturalists. In fact, for these reasons there was an evolution in the findings and exploration of many caves large or small in the area. Many of them the ancient Athenians had converted into shrines dedicated to Pan and the Nymphs. Also then the Christians in turn turned the sanctuaries of the ancients into temples, such as St. John the Hunter, St. John the Theologian, the monasteries of kesarianis, Taxiarches, Asterios and Karea.

Because they called it “Crazy.”

The Athenian chronicler D. Kambouroglou said with grace, that Imittos divides Attica in the region of the spirit, meaning Athens with the Parthenon and its region.. with alcohol, meaning the Mesogeia, where the famous retsina is produced.

However, the Athenians used to call Himittos “Crazy” and this has different meanings. One version says that in various Ottoman titles of ownership Νδελί-δαγ»the term “Dedli-dag” means “crazy”. Also Imittos was always famous for his honey. In addition to its aroma, color and taste, it also had healing properties, known since antiquity. But how is this name linked to honey? The bees of Attica acted like crazy when they smelled the thyme of the mountain and so it is said that the reason it may have been called the mountain “Crazy”. 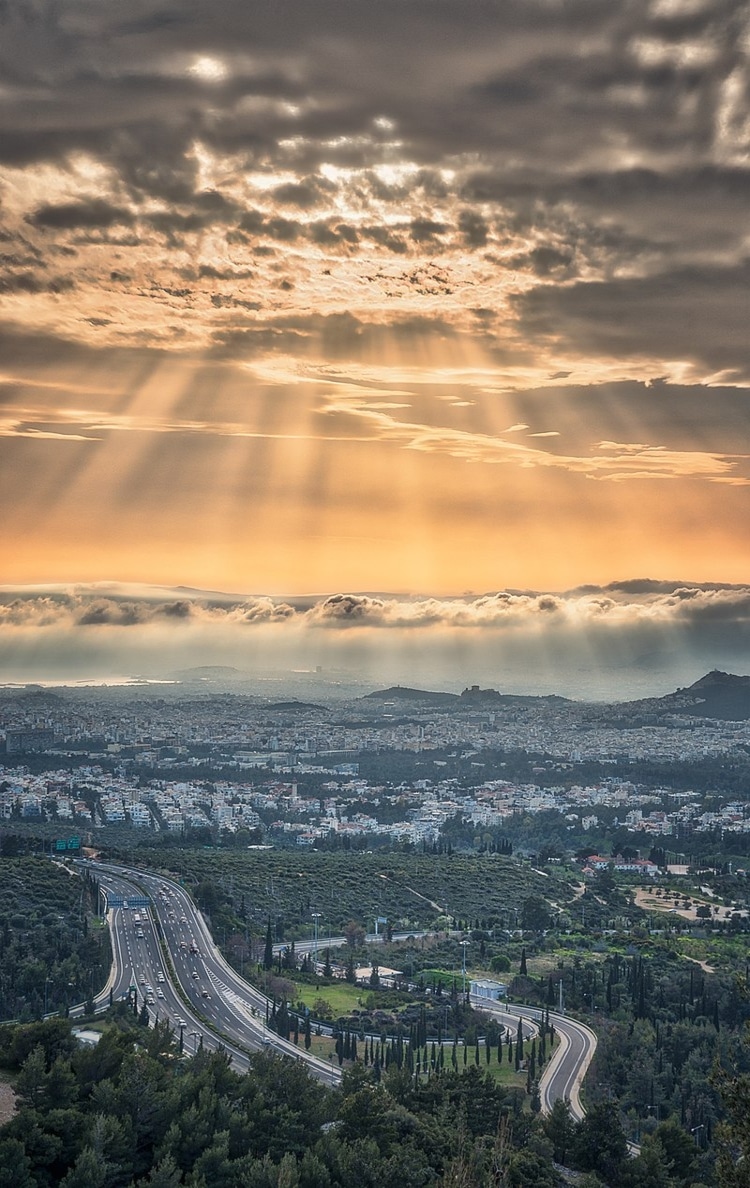 Now let’s move on to a second version. According to this during the period of the domination of Athens by the Florentines when they heard the word Imittos said “il matto” or plain “matto” where in Italian means crazy. That’s why they call the mountain by that name.

Finally, it is said that Imittos was named like that because it used to be called “Telovouni” (last mountain). From «“Telovouni” it was named in a strange way and reason… “Crazy”. <trelovouni> .

When you want to get away from the bustling everyday life and you don’t want to go to many miles, you know that Imittos is waiting for you. This mountain in Attica is ideal for one-day excursions and relaxing moments in to nature for the whole family. You’ll can get fresh air, you can have a picnic and take beautiful pictures. You can spend a day like you’re somewhere far from Athens but actually to be so close.

Tip: Take your bike and follow the beautiful mountain routes that are <eye-catching> especially in the spring.

Five secluded places in Attica to go for a walk

Merenda: a little-known mountain in Attica