Greece and its thousands islands. Where is in the worldwide list?

How long it takes you to be close to the sea from any place in the country?

Most likely you have been on holiday to many islands in Greece either in the Aegean Sea or the Ionian Sea. I’m sure you’ve read and seen pictures of even more for the islands you haven’t visited yet. And it’s quite possible from time to time to hear about islands in Greece that you didn’t even know of their existence. But how many islands does Greece have and how many of them do you know? Do you also know where Greece is listed in the world based on its coastline?

The Greek islands. Habitable and non-habitable

Greece despite its small size as a country has one of the largest coastlines in the world. Because of its many islands. How many islands does our country have, small or large, uninhabited or not? The Greek territory includes 6,000 islands and islets. They are scattered in the Aegean and Ionian sea. Of these, only 227 are inhabited. This is a unique phenomenon to the European continent and rare worldwide.

An impressive feature of our country is that wherever we start, at most in 1.5 hours we can find ourselves on a beach in the Aegean or the Ionian Sea. Within a few hours, you can travel by plane or ferry to any island in Greece you want and enjoy the sun and the sea.

Taking for granted that Greece does not have a large area and in particular, has 130,800 square kilometers no Greek continental part is more than 137 km from the sea. And that is extremely impressive when you compare it with any other European country. 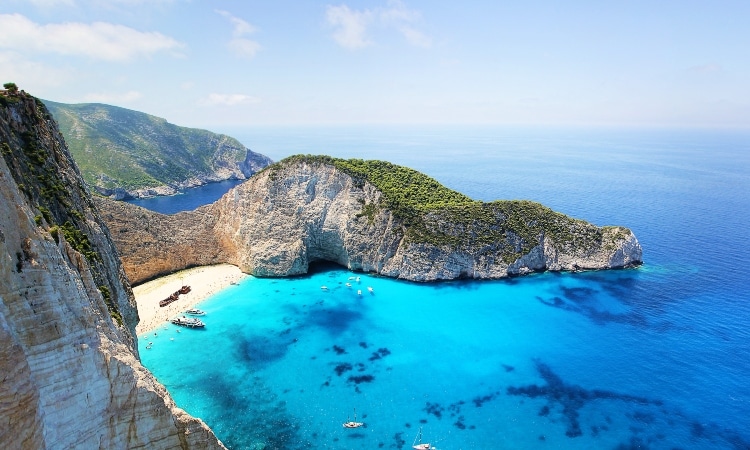 The huge coastline of Greece

In whichever island in Greece, you choose to travel is sure you will meet an impressive repousse. A special repousse that can present many contrasts. Another characteristic of the Greek islands is how different they are between them. From islands rich in green landscapes and waters to the driest islands that stand out for their beaches and traditional architecture. The Greek beauty at its best…

Shoreline data source: List of countries along coastline, in kilometres, according to 2005 data from the CIA’s World Factbook

Schinos: The quiet beach which is an hour away from Athens

Daskalio: The famous island of love