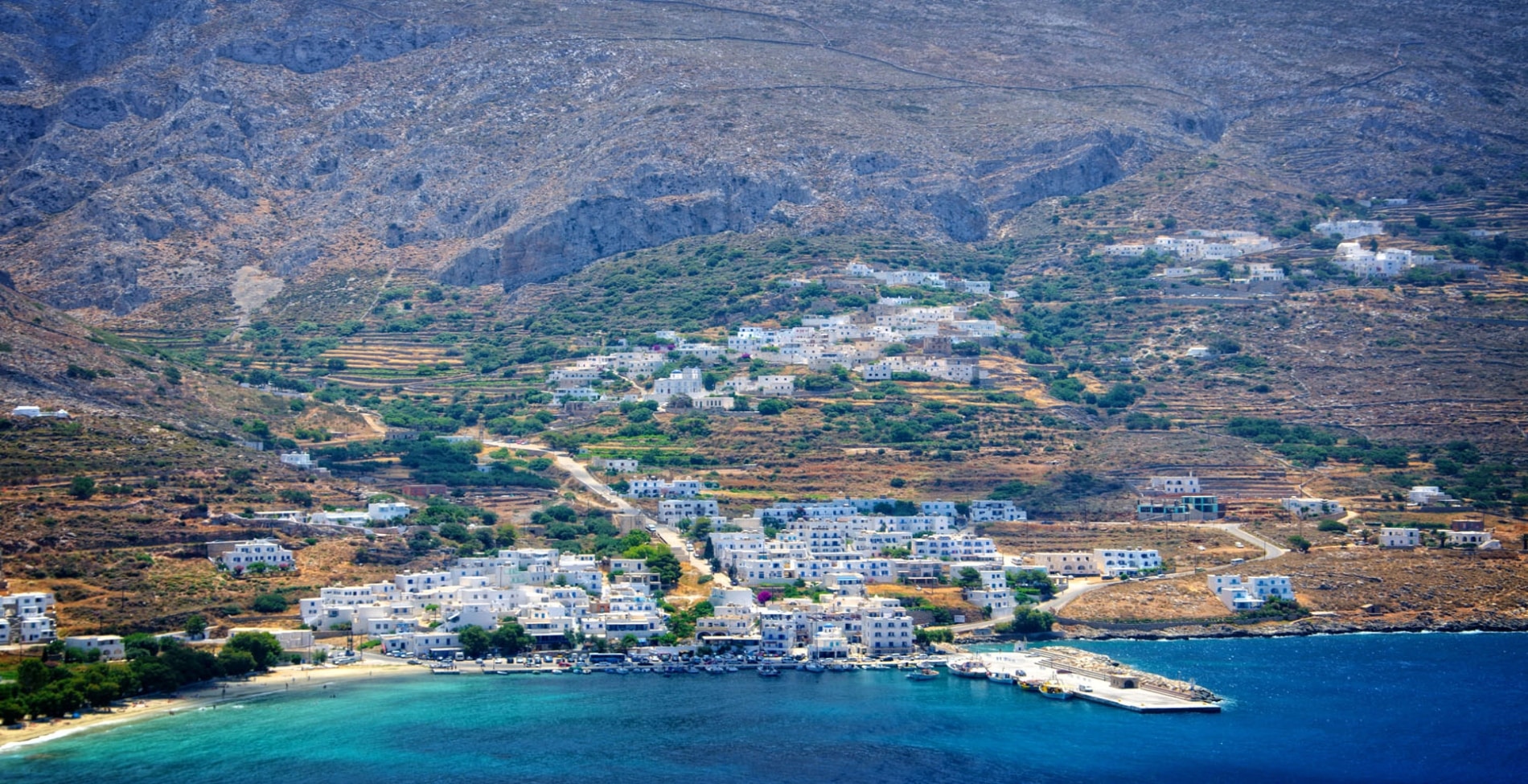 Patatato: The dish that convinces you that Amorgos knows about gastronomy

There are some islands in Greece that the less you know about them, the more they will surprise you when it’s time to visit them. One of them is certainly Amorgos. An island that can make even your short summer vacation unforgettable. The island where you find accommodation the way you imagine itand where you can your wander around Chora and its villages by the hours. And of course, you discover surprises, such as patatato.

Amorgos is the easternmost island of the Cyclades Complex. In its privileged geographical position and in its north-wind-protected natural port, called Katapola on the north coast, it owes its cultural development to antiquity times. Since the 3rd millennium BC, together with the Small Cyclades Island Complex, and especially the uninhabited, today, Keros, Amorgos was one of the most important centres of Cycladic culture.

Amorgos and its beautiful Chora

The beauty of Chora (the capital town) is blindingly astonishing. In this difficult and inaccessible place, the inhabitants moved as early as the 7th century BC and they had a reason. A Town not visible from the sea would be safe at a time when the area was being stormed by pirates. The castle that dominates around the imposing rock, in the centre of Chora, was fortified with the advent of the Venetians at the beginning of the 13th century. Whichever alley you take will lead you to it.

Over the centuries, of course, things changed and the isolated Chora was replaced by a lively town that became the centre of the island. A Chora where fun was at its best. In addition to the beautiful architecture, today’s image is complemented by little bite-shops, pastry-shops and bars. If, in fact, you are in Chora on August the 19th, you will be lucky enough to attend the feast of the brittle in Loza (square), with traditional costumes, lutes, violins and dances that will keep you up until the morning. If you stay up until dawn, you have a chance for a unique experience. Get up to the mills. Thirteen remaining windmills, which milled wheat and barley, dominate over the settlement and offer you a sensational view.

Gastronomic acquaintance with Amorgos and its patatato

If you’ve been to Amorgos at least once, there’s no way you haven’t tried patatato. It is actually goat meat in the pot with potatoes. Its most mass consumption takes place at the festival of Agia Paraskevi, in Kato Meria of Amorgos. On the eve of the feast, more than two thousand portions are served free of charge to the faithful gathered in the monastery. Impressive is the anticipation of the people for the consumption of the blessed food from Agia Paraskevi.

Chef Myrsini Lambrakis gives us the way to a successful recipe…

First, sauté the onion and olive oil in a saucepan for about 2-3 minutes until lightly browned. Add the meat you’ve cut into medium pieces and sauté it on all sides. Then pour two cups of water and cover, letting the meat simmer for about 45 minutes.

Then come the potatoes. Add them to the pot after you have cut them in four and also pour the cinnamon, tomato paste dissolved in 2 cups of water, fresh tomato, sugar and salt and pepper.

Cook the food with the lid of the pot open until the potatoes and meat are cooked, about 25 minutes. During this time you do not mix the food so that the potatoes do not break. Ideally eaten hot.

It is a recipe that you can make with both chicken and veal and lamb. It will simply vary the baking time.