Antiparos – The Greek island that was given as a dowry

An interesting and unknown story

by Exploring Greece TV
in Aegean Islands, Crete, GREECE
A A
Share on FacebookShare on Twittershare

How much do we really know about the Greek islands and their history? What they used to be called and how they have changed through the centuries. To whom did they belong to? Did you know, for example, that a Greek, well-known island was given to a man. And yet that has happened Antiparos! A beautiful small island in the Cyclades that has its own special history. A story that few people know. It’s about its castle and the fact that was given as a dowry to a man.

Antiparos, the Greek island with its special history

According to the castlelogist, Antiparos and its castle were a very well-fortified settlement that had a certain form for many years. The castle of the island was created by the Venetians in the 15th century.

It did not have the classic structure of a fortified settlement and one of its peculiarities was that it was not built on a high and dominant point as it used to be done in most of the Cycladic islands. Antiparos, formerly called “Oliaros” during the Byzantine years, had to deal with various raids mainly by Saracens. At the beginning of 15thcentury, in fact, it had been a base of pirates who were preying on the strait of Antiparos, the “14-foot strait”.

The Greek island has been given as a dowry

The period of Pirates was finished when the island’s ruler became the Venetian Giovanni Lorenano. In fact, the island was a dowry! Just like you read it. Antiparos was then the dowry of his wife Maria Somarripa, whose family were lords of Paros and relatives of the Sanudes. 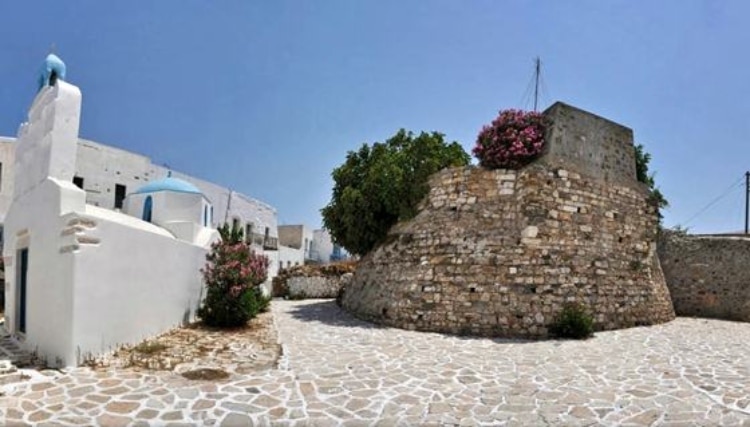 Giovanni Lorentano built his house on the island and essentially revived the island. And this happened when he set up new residents at his own expense, building houses around the “House of the Lord”, the Castle around 1440. Forty years later Antiparos was again the subject of a dowry. This time, to Domenico Pizani, son of the Duke of Crete, was given as a dowry for his marriage to the daughter of the Duke of Naxos, Princess Fiorenza. Apart from Antiparos, Pizani took as a dowry, Santorini island.

Antiparos remained in the House of Pizani until 1537 when it re-entered the jurisdiction of the House of Lorenano. However, in the same year, the island was looted by the Ottoman corsair Hairedin Barbarossa After various adventures and historical events, the beautiful Antiparos participated in the Greek Revolution of ’21 against the Ottomans and was incorporated into the Greek State in 1832. 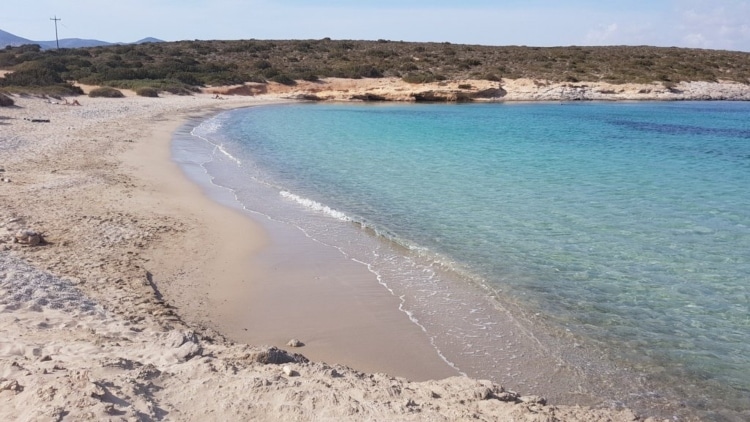 Antiparos is an ideal choice if you don’t want the cosmopolitan feeling of Paros. A small and graphical Greek island, an island of the Cyclades that in recent years has experienced a great tourist increase. With its beautiful beaches and graphical alleys, you will literally experience what we call “Holidays with an aroma of Cyclades”…

Daskalio: What is the famous island of love

That weird, unknown island you're looking for: Apsifia

Lichnarakia: a gastronomic taste of Crete

Halkidiki: The best beaches of Sithonia