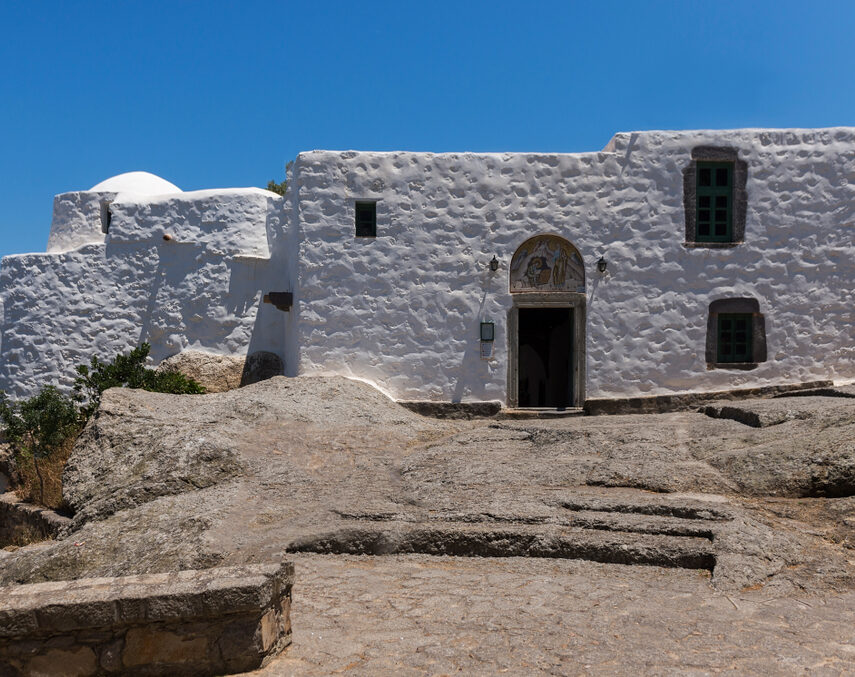 Patmos is known for its ecclesiastical tourism, but that is not all

Patmosis a relatively small Greek island. It is known to most from the Revelation of John. It does not lack beautiful beaches, quite the contrary, since the visitor can enjoy the blue waters of the Aegean Sea. In Patmos, however, there is a cave of particular importance.

It’s the Sacred Cave of the Revelation. It is located on the road between Chora and Skala. There, according to Christian tradition, the apostle John experienced the visions that prompted him to write the Apocalypse. Perched on a hill away from prying eyes, the cave played a decisive role in the spread of Christianity. It has been one of the UNESCO World Heritage Sites since 1999. So is the Church of St. John the Theologian.

According to tradition, the rock was torn one day in the Sacred Cave of the Revelation. Through three smaller fissures – a symbolism for the Holy Trinity – the voice of God was heard, which dictated to John the God-given Revelation.

Patmos magnetizes the visitor. The complex of churches and other buildings, now called -wider – Apocalypse, is high on the list sites for tourists. And how could it not be so? The imposing space and atmosphere create conditions analogous to the tradition that follows the Christian monument.

But that’s not all the island is about. The traveller will visit the Monastery and the Cave one day. The rest of the days he will stay there, Patmos will offer him beautiful moments and images.

The Greek village where women have the first say

We start with the basics… 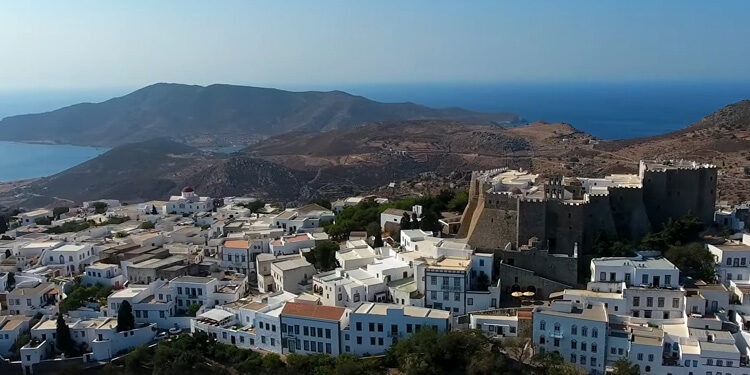 There is a good road network and the distances are relatively small. There are taverns best known for their good food as well as shops that are renowned for their pastry and sweets. Try local delicacies such as the famous “pougki” (pouch). It is one of the traditional sweets of Patmos that you will find in two versions: fried or baked. In both cases, they are filled with walnuts and almonds and moistened with local flower water. 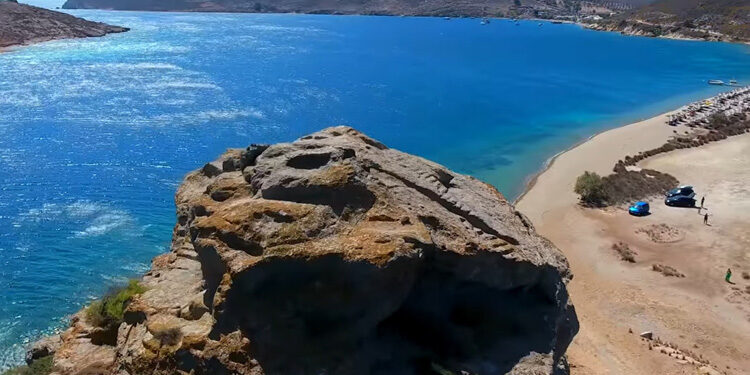 In the summer season, there are many beaches to be chosen. There’s also nightlife. For many, Patmosis a “Tinos No. 2”. Or “Tinos of the barren line”. She may be in the spotlight for her ecclesiastical tourism, but a trip convinces the visitor it’s not only that.

And since all visitors are bound for the Holy Cave, we must share a tip for women who want to visit the Holy Monastery. There are dress rules. They are strict and should be followed.