Photojournalism from streets that some describe as "forbidden"

You cannot but love Athens. Not just because it’s the most beautiful city in the world. Not because it’s the capital of Greece. One reason to love her is definitely her story. In our days, you love her for a trait you can’t easily find anywhere else. She’s got personality. And it’s intense.

Night. Looking up at the tall buildings, you see that most of them have no lights. Closed offices or spaces not rented. Where there are homes, people are gathered inside. We met a few passers-by. A few cars. 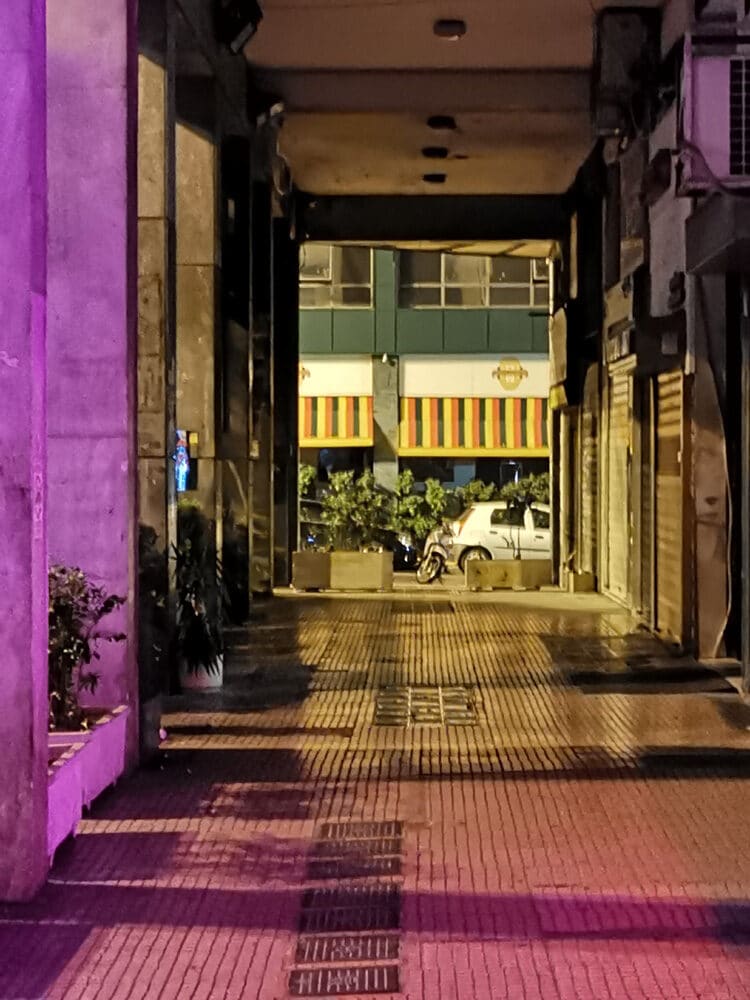 We walked through some streets downtown. Some people call them “forbidden places.” We started from Omonia. We walked to September 3rd street. We went down to Chalkokondyli street. We continued Acharnon avenue. By choice, we left the car and chose transportation. We do it a lot. We want to feel the city. To smell it.

This is the Museum of the City of Athens

Since there were no people and no cars, silence walked with us. Three or four young men and one migrant, who probably got out of work, were waiting for the bus at a stop on September 3rd avenue. Across the street, a booth remained open to serve the few, the… good ones. It showed not only with his stuff but also with the bright “OPEN” sign. 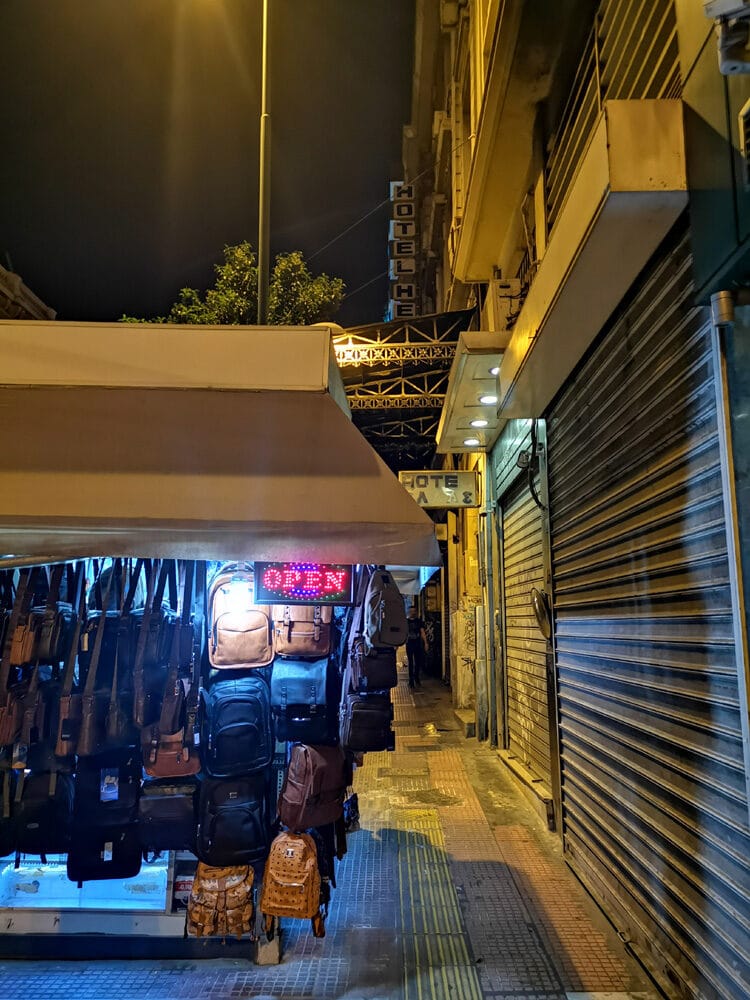 A little further down the road, some tourists were coming out of their hotel. Not from what we came across which had the sign “Hotel Greece”. This has been closed for a long time. And with it a whole chapter. 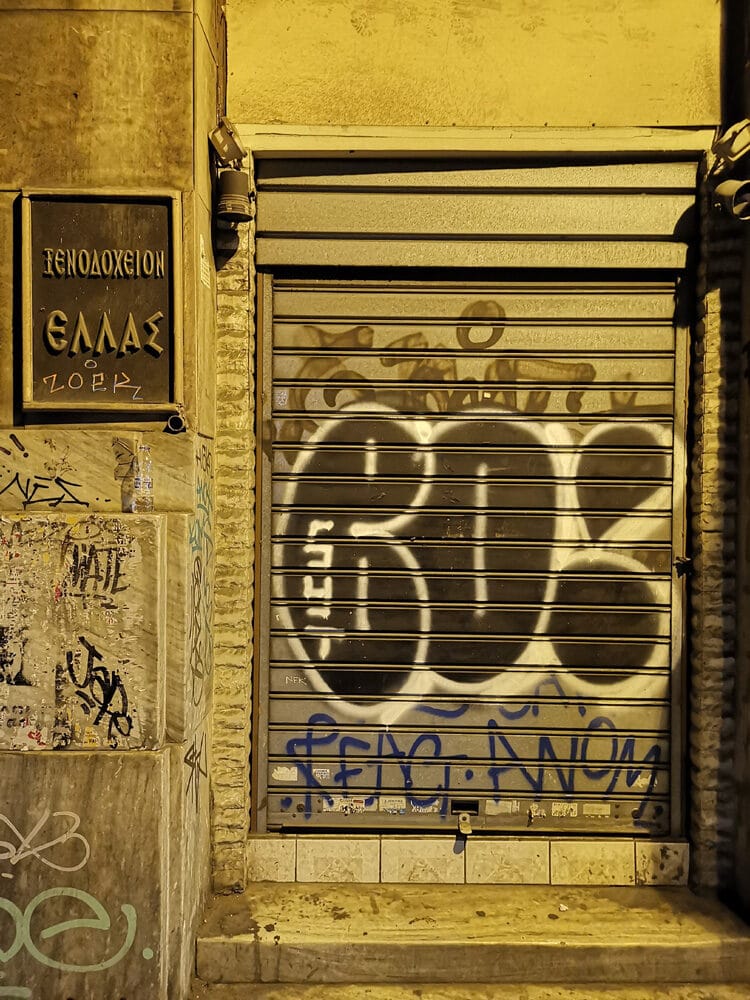 Two or three migrant-only shops still offered their services. Their owners probably chose not to lock themselves in their little apartment. There could be no other reason for that. There was not a human soul in their shops.

How did Klafthmonos Square get its name?

What’s so great about the above images? An evening wandering in Athens offers many different images. From the commercial triangle with bars playing music, to areas where some people wouldn’t even want to pass by. The images we find in Athens are overwhelmingly true. Think about it. Which one of them is pretentious?

Kolonaki square is exactly what it looks like. So are the streets behind Athena street. True is the atmosphere in the streets around Thission district. The same is in Metaxourgion district. Of course, beauty, like most things in life, is subjective. These photographic frames bring out a part of the personality of Athens. A multifaceted personality. Dominant. It’s hard to question it. That’s why we love her… 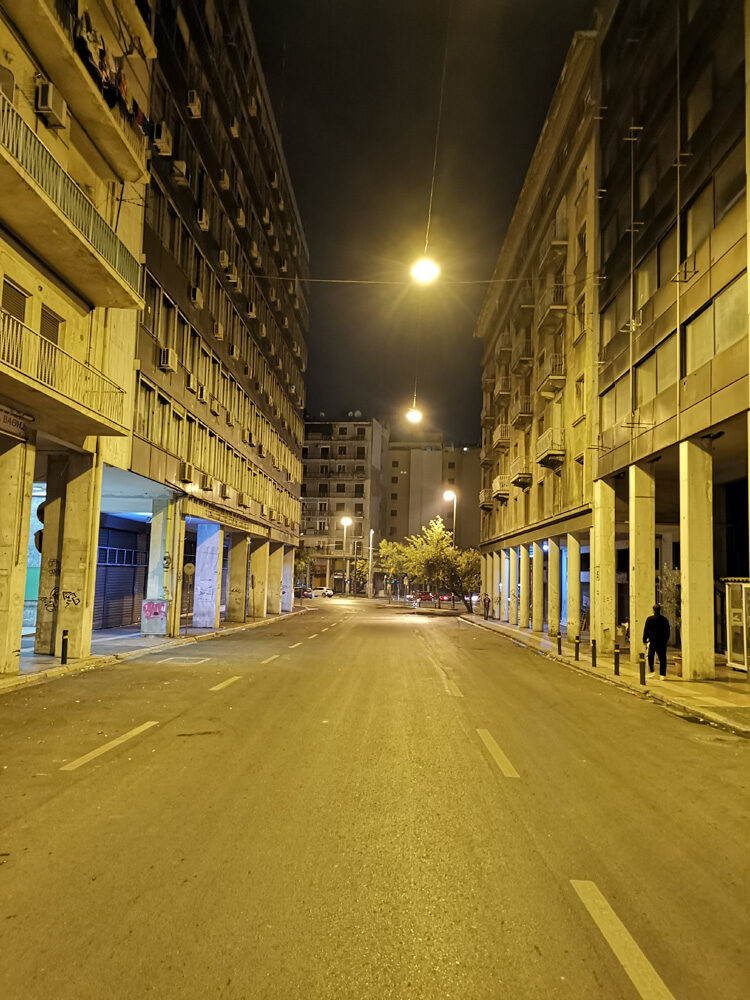 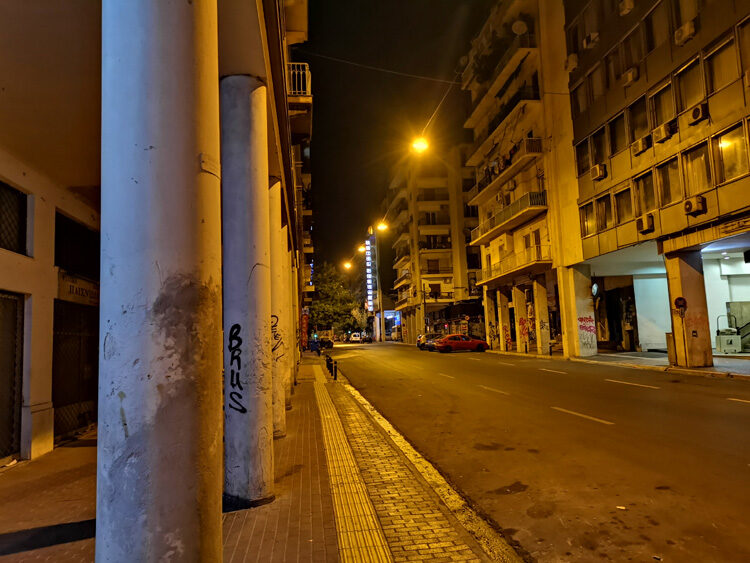 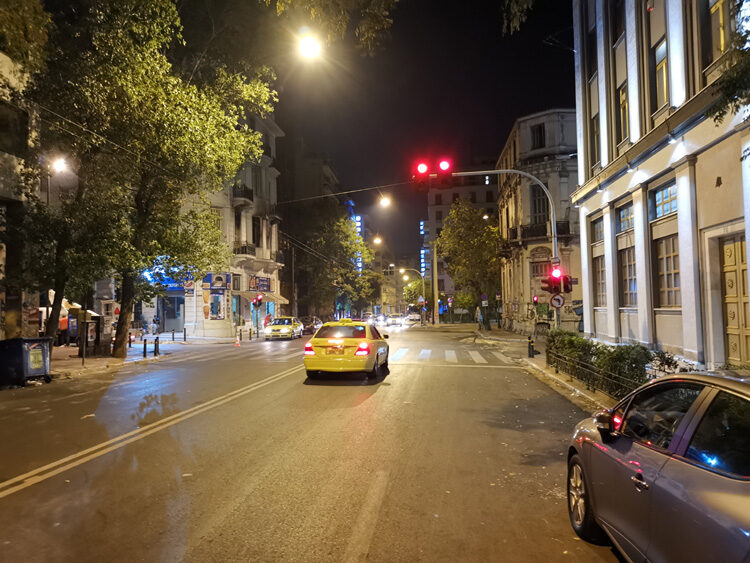 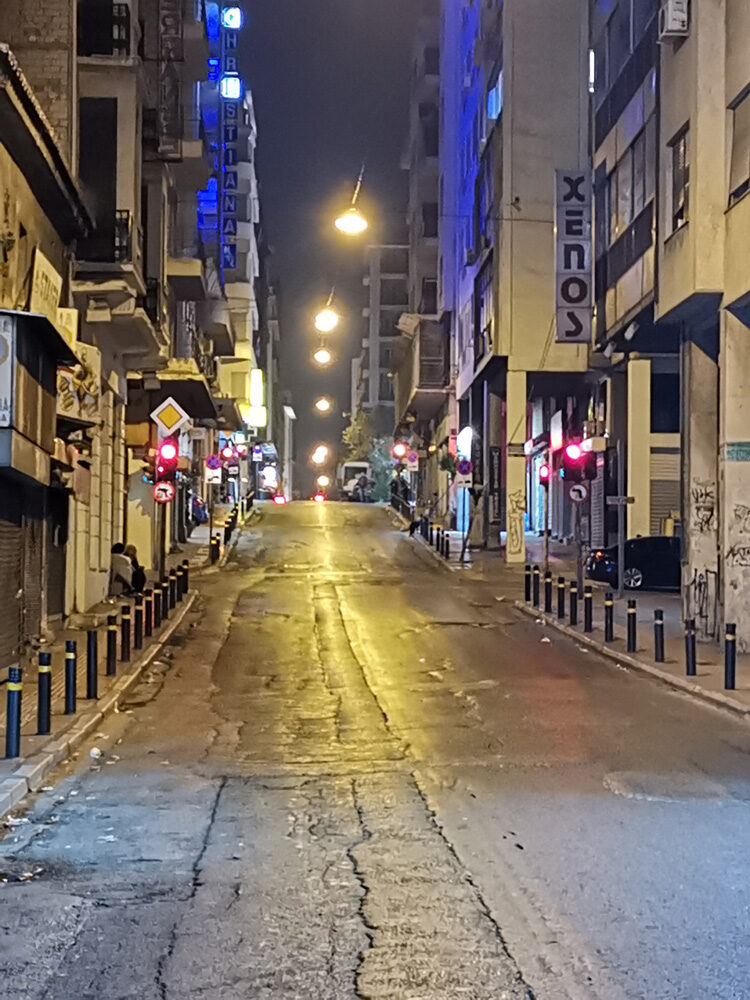 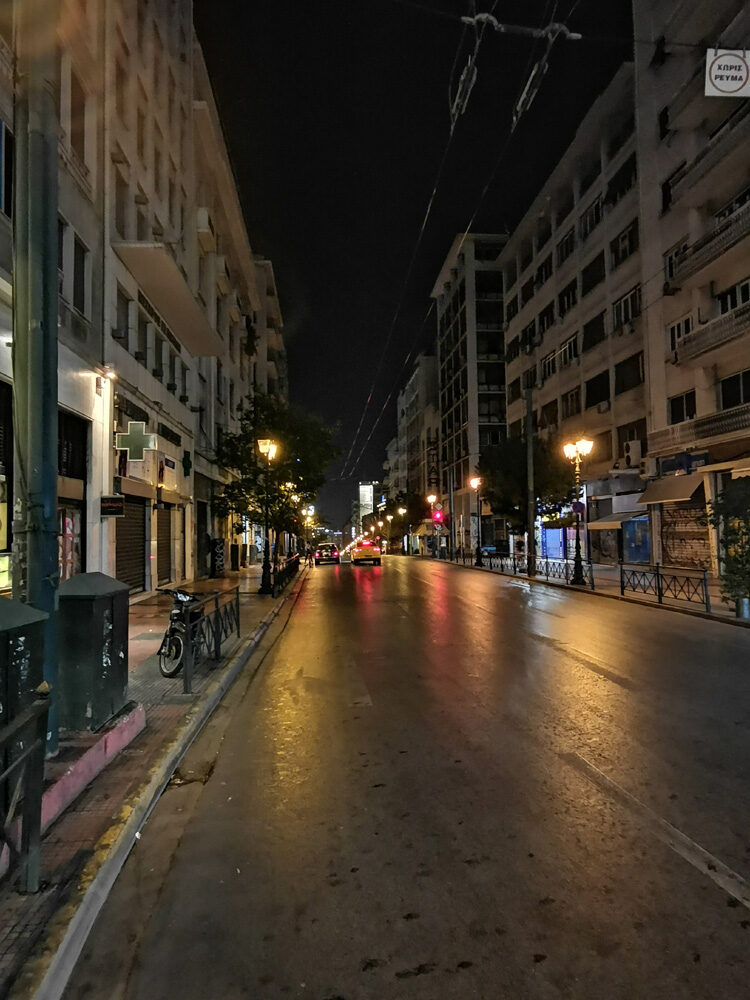 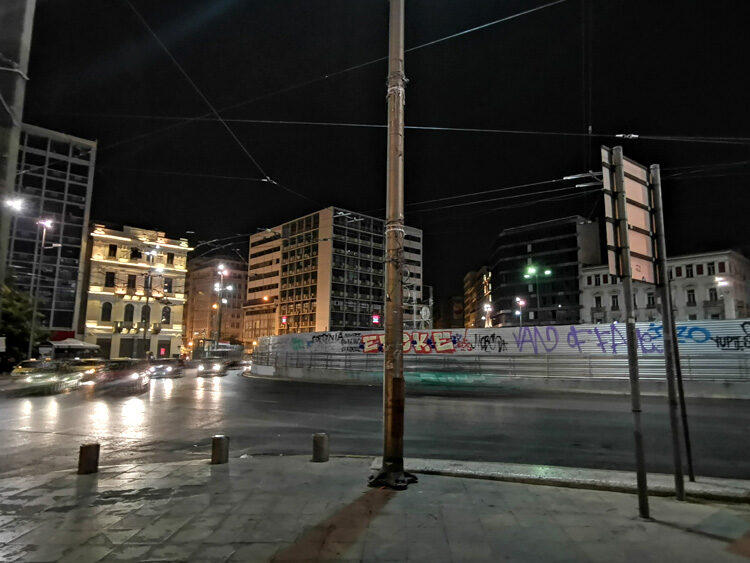 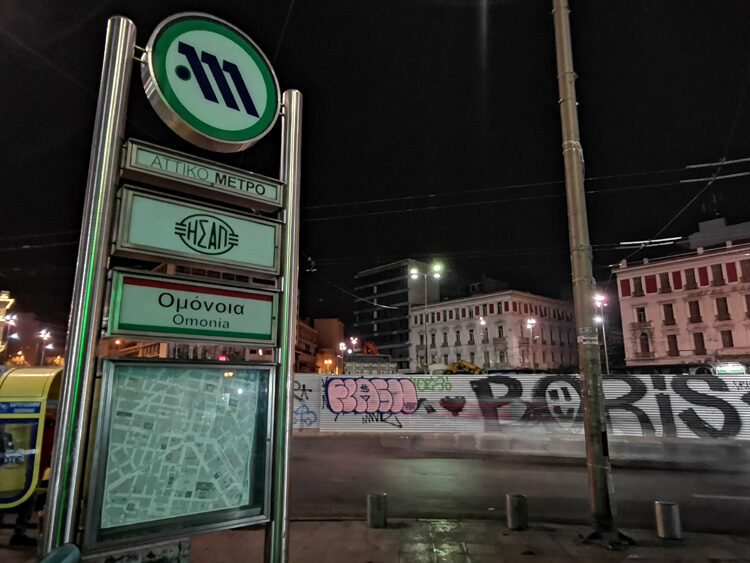 Athens: The flight of the Athenians and the tourism of the centre

Lycabettus: What's changing on the conical hill of Athens