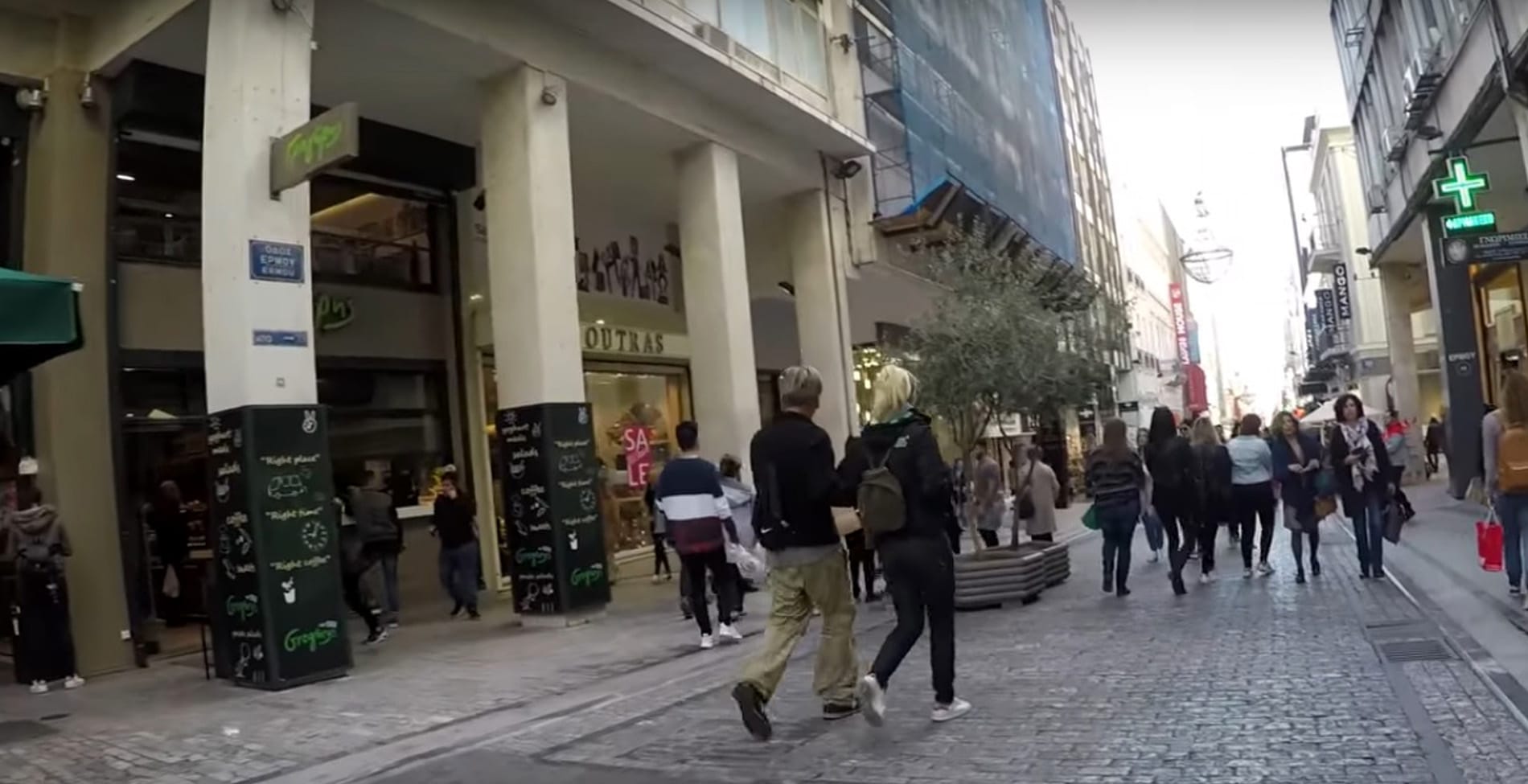 Its name is lost over time, and it's certainly not accidental.

Even if someone has never visited Athens, there’s no way they have not heard of Ermou Street. It is located in the heart of the city and you definitely walk through it when you take a walk in the centre of Athens. It is one of the first roads designed and given to circulation in modern Athens.

Thousands of people walk on it every day and especially during the holidays, when it becomes the favourite destination of the city. Shops decorated with Christmas lights, little lanterns everywhere and music performed by street artists give a different tone to the street in the holidays.

How Ermou got its name

Ermou’s name is lost over time and it’s certainly not accidental. The road took its name from the time of King Otto (the first king of the liberated Greek State) and so it was with Themistokleous Street and Piraeus avenue. The purpose of Ermou’s design was clear from the outset. It was created with a vision to become the most central shopping street in the city. And so it was.

The aim was that, on a street in the heart of the city, to gather shops and services that Athens needed. So it should have a suitable name. And the choice was made that it would be given the name of the messenger of the gods and protector of commerce. The God Mercury (Ermis in greek)!

The Ermou street of Commerce

From the very first years of its creation, merchants of all kinds settled in Ermou street. This is where the trade in textiles, clothes and footwear developed over time. For two centuries, consumers have been flocking to find whatever they’re looking for in Ermou street. Especially during the holiday and discount season, you need… the courage to wait in the queues formed in the shops.

Around Ermou street lies the Varvakeios market and the open-air bazaar of antique shops in Abyssinia’s Square. Thus, to this day it is the reference point and the most commercial road of Athens. But it does not stand out only in Greece as it is one of the most expensive shopping areas in Europe.

How did Klafthmonos Square got its name?