A diamond in the urban environment, a unique proposal for Athenians and tourists

In the 1980s, many families who decided to go down to Athens for a walk had the following route: destination Unknown Soldier. We feed the pigeons and then to the… National Garden. There, the ride had an exotic character. Among the trees, the rotunda, the duck pond and back to Syntagma Square for a cup of coffee or a dessert.

In the National Garden, which for many years was called the Royal Garden, and even to this day, many people call it like that, you can go from sunrise to sunset. It is open daily. It is only closed during some long-planned demonstrations that take place in the centre of Athens. It is one of the most important and beautiful places in the heart of Athens. 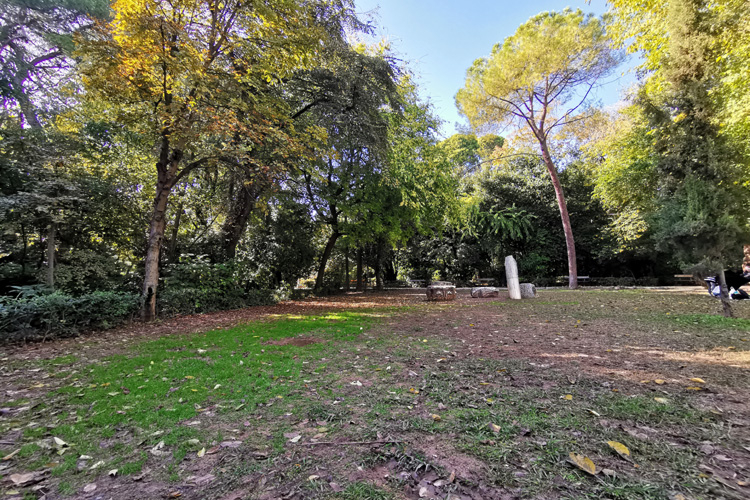 Its history begins in Ancient Athens. In antiquity, part of the estate was the private garden of one of Aristotle’s successors. The philosopher and botanist Theophrastus. The garden was a gift from Dimitrios Falireas to his teacher.

How did Klafthmonos Square get its name?

In the years of King Otto and Queen Amalia, the architect of the Palace set up the garden. The Royal Garden. Friedrich von Gertner set its borderline in 1836 on an area of about 500 acres. The plan was changed because the area blocked the road that connected Athens to Amarousion to Kifissia. The revision was undertaken in 1839 by the engineer of the palace, Choch.

Thousands of plants were imported from Greece and abroad. 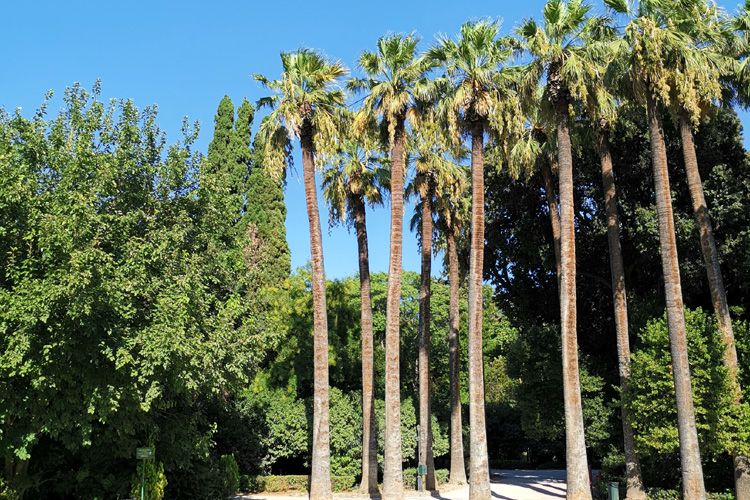 The then-new area of the garden was 155 acres. At the queen’s behest, it had the character of a scientific and botanical garden. 15,000 ornamental plants were planted that were transported from Genoa. But also native species that were transported from Cape Sounion and the Isle of Evoia. It is said that Queen Amalia spent about three hours in the garden every day. Not only did she take her walk there, but she also took care of it personally. In 1842 in fact, she planted the Washingtonian plants that are there to this day, at the main entrance of the avenue that has her name.

“The palm trees I have planted are already growing wonderfully. I imagine people walking under them after 300 years. So I laugh at all those who shook their heads doubting my plans and their success.”,Queen Amalia wrote in a letter dated 8th of March 1846.

The garden was watered by The Aqueduct of Pisistratus. It was built at the time of the tyrant Pisistratus (in Ancient Athens) and legend has it that the inhabitants of Athens resented it when the water was channelled into the acres of the garden because the water supply to them was cut off.

Privatization of the garden and changes to the name 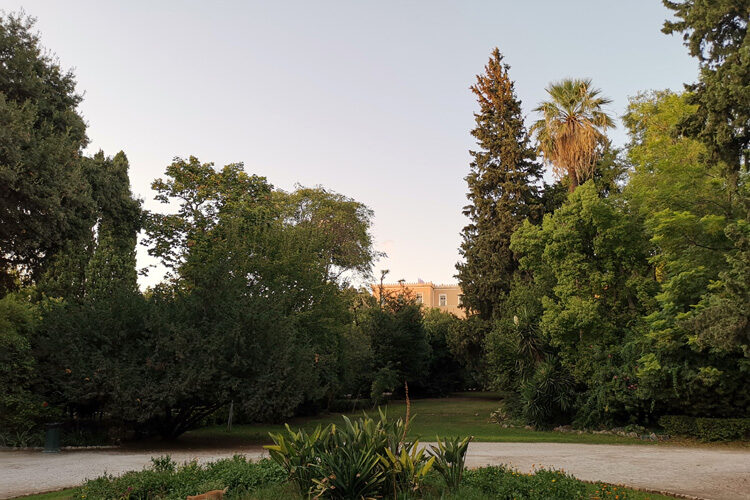 In those years, the garden was private. It wasn’t open to the public. Only for a few days each year it was open to the public when the royal family was absent from the palaces. In today’s Parliament. When its supervision passed to King George the 1st, a small zoo was created in the garden. In 1927, its wooden fence was replace by iron railings. That year its name was changed for the first time. From the Royal Garden, it became the National Garden. Only to return to its original name in 1935, with the return of King George II. And be renamed again in 1974 to National Garden. 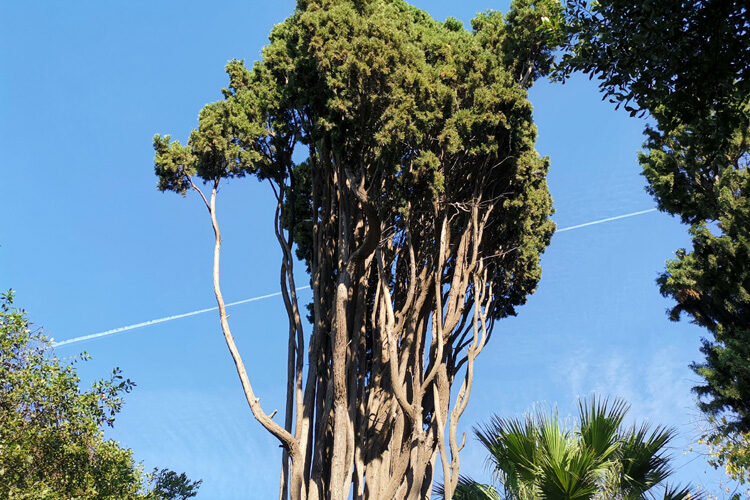 Today, in the garden, there are about 7,000 trees and more than 30,000 shrubs. Plants are hosted from many parts of the Earth and, in most cases, there are tabs with relevant information about species and origin. The streets of the garden are in the form of a labyrinth and their total length reaches 7 km.

For many, it’s the perfect place to run, and they’re probably right. On your walk, you will meet several tourists. If you go on a weekend, you might run into a children’s party. On the Zappeion Mansion side, there is a relatively large playground. 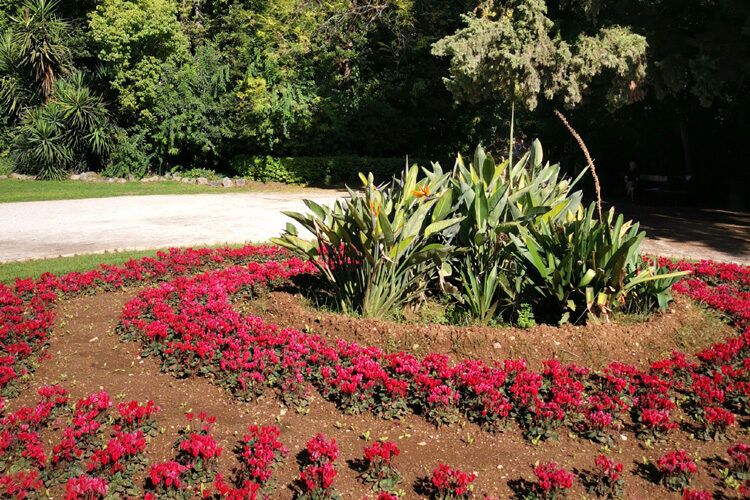 If you enter from the main entrance, on Amalia’s Avenue, you can find and buy bagels. Both for you and for the main attraction of the garden, which are the ducks waiting for the visitors in order to show off. You’ll see the Sundial, but you don’t have to worry… Time flows at different rates in the garden.

Have you visited the Museum of the City of Athens?

There are seven entrances. Apart from that of Amalia, you can enter from Vasilissis Sofias Avenue as well. From the remaining five, two are permanently closed, split between Herod Atticus and the Zappeion park. Whichever entrance you choose, you will enjoy yourself equally. Your eyes will be relaxed, even your mind. What is important is entering the Garden. You’ll discover a different world. Just a few meters from the hustle and bustle of Athens. You should add it to your schedule! 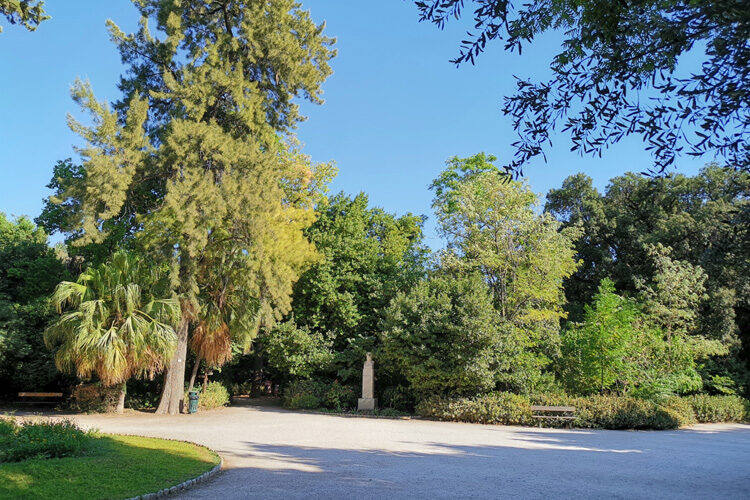 You’ll have to leave the National Garden when you hear the guard’s whistle. And you will re-enter when you choose to do so. 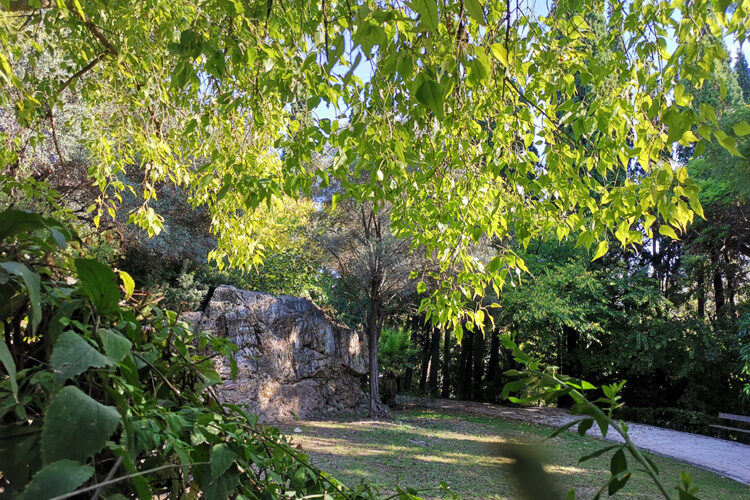 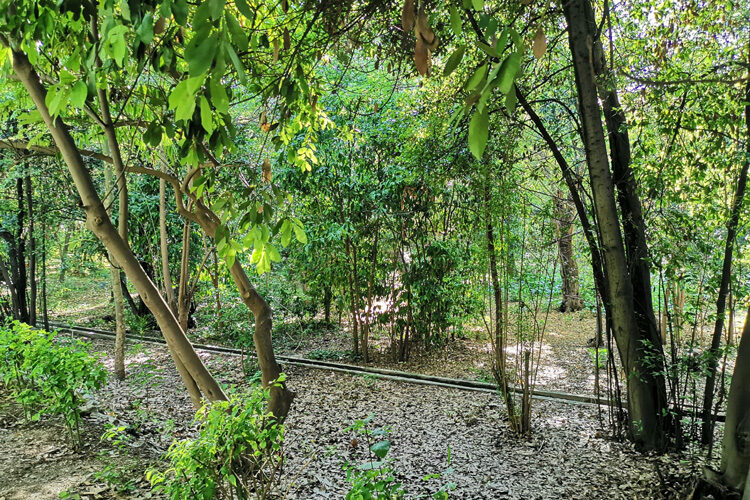 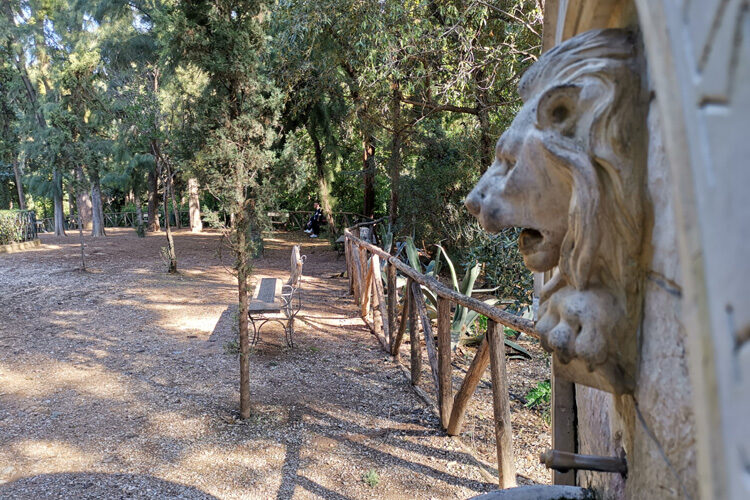 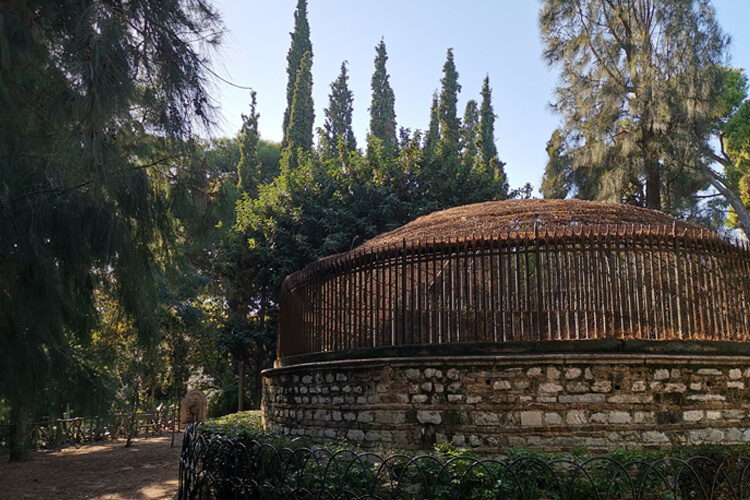 The five carriages that take you back in time 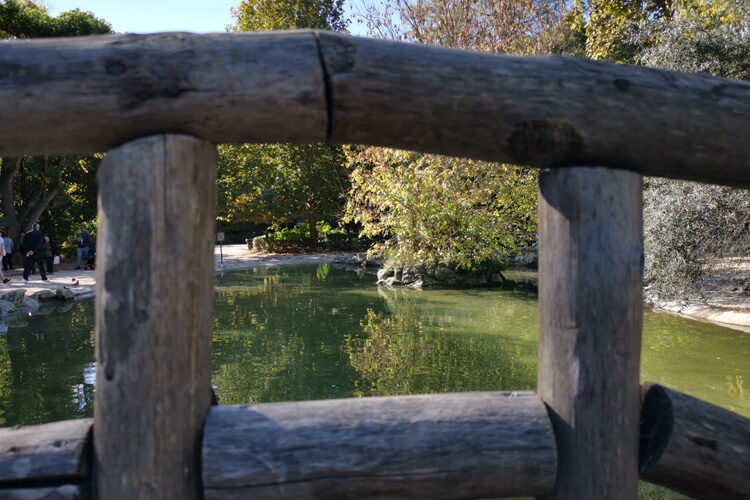 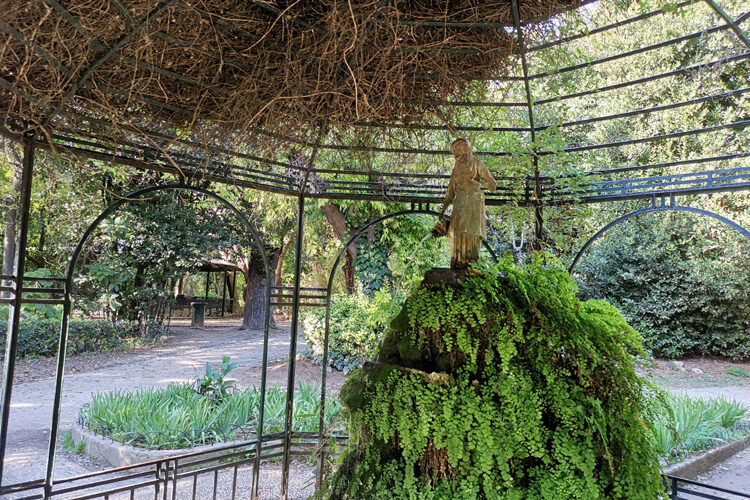 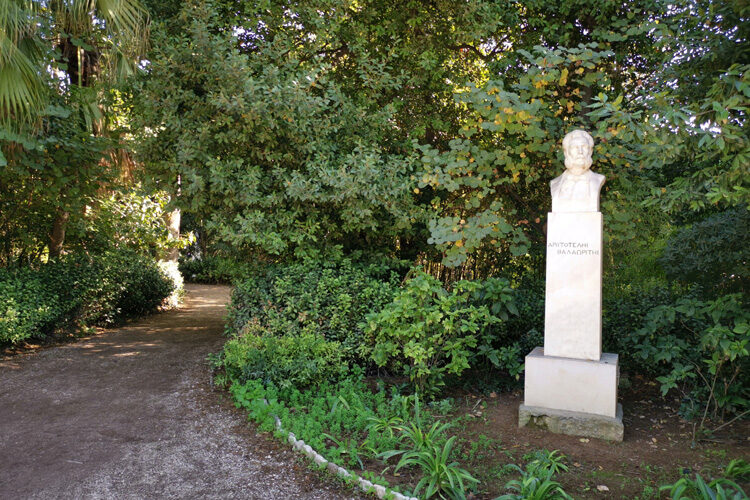 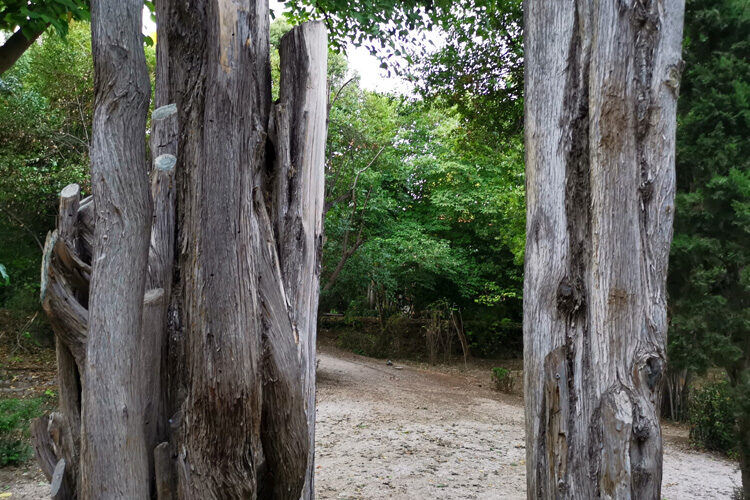 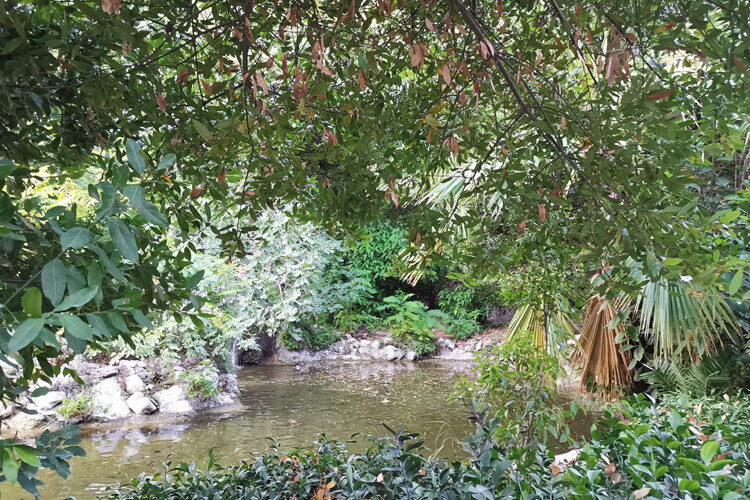 The house where Saint Paisios grew up