Every district is one different branch of Greece

Athens may now be a capital of millions of inhabitants but things were not exactly the same about a century ago. In fact, it was more like a province. A small growing town. Athens in the 1900s a was very different city from the one that it is now.

Athens and its economy

At that period commerce blossomed in Athens, as well as various crafts, there was also great construction activity which created jobs for several of the many available labouring hands. Of course there was a great deal of poverty, which could easily be seen on the streets. The industry, which used steam as a driving force, was also under development.

In the area of Kerameikos,in Athens, one could find the flour mill of Mouzakis while in Aiolou Street there was the chocolate factory of Spyros Pavlidis. The Metaxourgio of A Douroutis, who bought the old factory of the “English Siric Company” and modernized it, was in full operation. These were the largest factories one would find in the center of the newly created capital of the Greek state.

After the 1900s, Athens had a population of about 120,000 people. Earlier on, when it became the capital of the Greek state, the number of its inhabitants was much smaller.

The case about the population was precisely commentated by the historian Leonidas Kallivretakis, in the electronic edition of the publication of the “Archaeology of the City of Athens” of the National Research Foundation. “When it was chosen as the Capital of Greece, Athens was a village of 4,000 inhabitants and Piraeus was a trivial fish auction”. “Athens was , at the time, [1834] a negligible small town of about 10 to 12,000 inhabitants full of ruins, with a few houses at the feet of the Acropolis.” 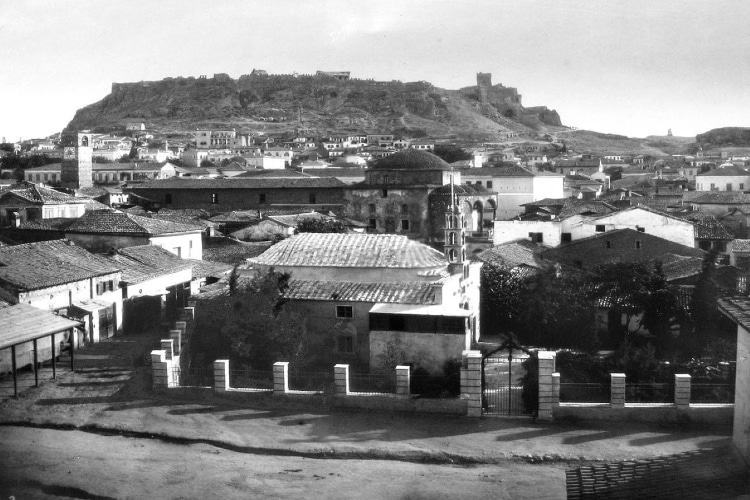 We can say, confidently, that every district in Athens, identified with on area of the whole country. One understood that this was the case, from both the linguistic idioms and the products they sold. The people of Epirus had ovens, and they were also pretzel-sellers. The people of Thessalia were itinerant vendors selling hot chestnuts, salep and nuts. The people of Mykonos and Anafi were the best craftsmen. The people of Arcadia could be found in Omonia mainly as newspapermen, transporters and polishers. The people of Zakynthos sold perfumes and sweets especially mandolato in Athens, while the people of Roumeli who had pens with sheep and goats, were in the areas of Petralona, Abelokipoi, Turkovounia, Pedion tou Areos and Pagkrati.

Another aspect of Athens that we only see in photos…

Cyprus: The most important archaeological museum

Athens: where was Agamon Square and why was it called that?

Cyprus: A walk to the mediaeval castle of Limassol