Kifissia Square: five carriages that take you back in time

Being a tourist in your own city having a ride taken out of the old times.

We got on a wagon, made the 15-20 minute ride and chatted with the coachman.

The junction of Kolokotroni and Levidou streets is the hangout of coachmen in Kifissia Square. There’s only five left of them. They’re continuing the tradition. They’re going back in time. They do it for a living or to boost their income. And definitely out of love. And, of course, against all odds.

“We only work on weekends. On holidays and days-off. And on a special weekday sometimes,” one of the five coachmen told, “Exploring Greece.” On Black Friday, the coachman we talked to and his colleagues will go down to Kifissia Square again. There’s going to be a lot of people on the streets. More and more people will choose to take the classic tour of the city. Starting from Levidou Street, the carriages make the tour of Kifissia District. A 15 to 20-minute ride. The carriage starts from the centre. The horse climbs upwards. It leaves the malls and shops and enters the area of old houses. The image that Kifissia had when it was still just a suburb. 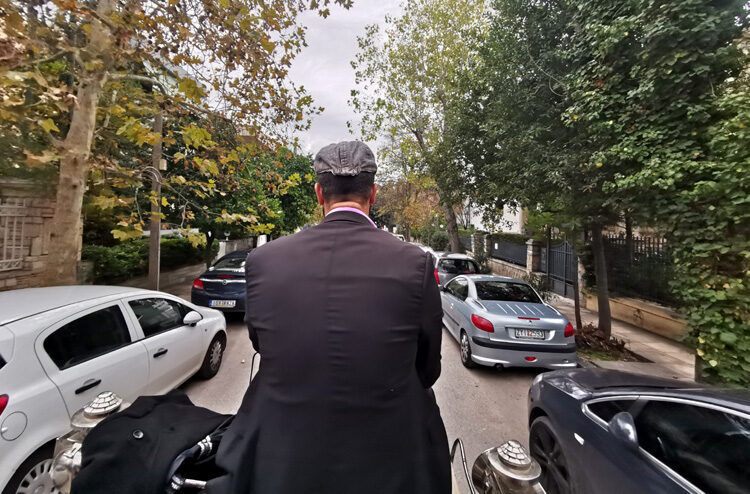 Who’s going for a ride with the carriages today? “The kids”, tells us at once the coachman who took us for a ride. “Greek or foreign?” we asked him.“We have both Greeks and foreigners. ‘Fifty-fifty’ “ he replied. Our coachman maintains his stable and takes care of his horse. “I always liked horses. I love them.” That’s why he was involved in the carriage business. He didn’t inherit the profession, nor did one of his relatives ever.

The watermill that exists 30 minutes from Syntagma Square.

In the summer he takes his “shop” and goes to Tinos Island (an island in the Cyclades, in the Aegean Sea, where there is a great pilgrimage to the Temple of the Virgin Mary every summer especially on the 15th of August when the Assumption of the Virgin Mary is celebrated). The rest of the time they’re at their hangout in Kifissia Square. “We are invited to weddings and baptisms. We’re having a hard time getting by. It’s not like it used to be. But we like it,” he says. 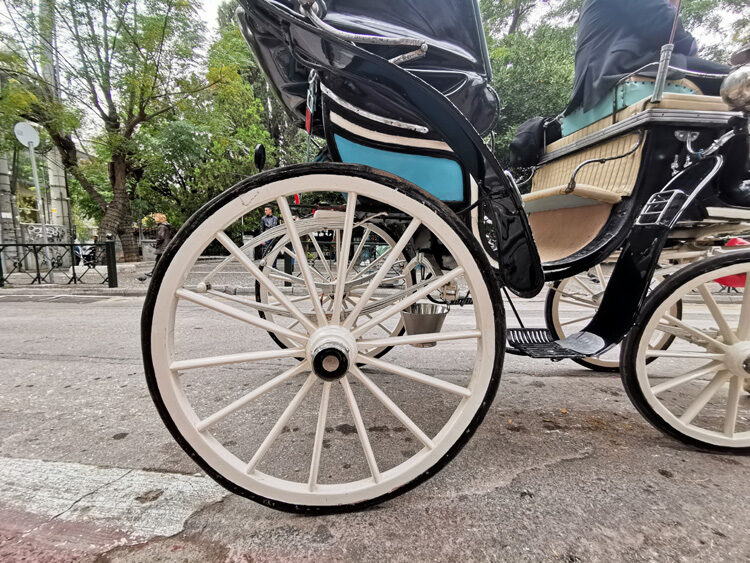 We climbed on a carriage inspired by the Victorian carriages. They came to Greece in 1850. During King Otto’s reign. Since then, the pattern was copied and their construction was continued. The coachmen are dressed in the style of that era. Jacket, vest, hat, coat. The horses in Kifissia Square are waiting patiently. They now know their itinerary and offer a quiet ride. Their owners are waiting patiently. 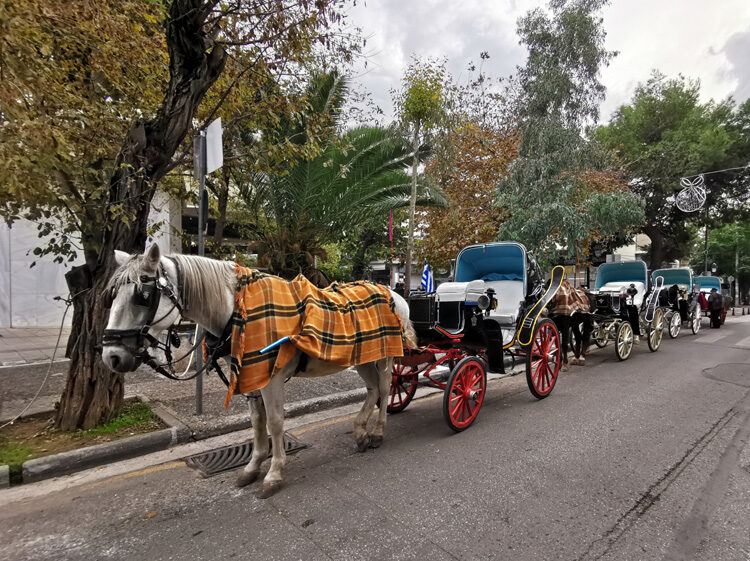 It’s said that in the late 1960s, the licenses for coachmen were 72. Today there are only five coachmen. If you choose to take the tour of Kifissia district, you will spend a relaxing time of 15-20 minutes. A tourist in your own town. It might not be a ride of a lifetime. But it is a ride taken out of the life of Greece. From the life of the Old Athens.