How the old Agora and the Acropolis was

The perception we have of Old Athens usually comes from black and white photographs of the early 20th century. They show us the transition of the capital of Greece from a provincial city to a European one, imitating the standards of other countries. In this, of course, the first urban city plan helped , which was prepared by Kleanthis-Schaubert, but also the great architectural interventions made through their work by architects such as Ernestos Chiller. also helped a lot.

How Athens looked before the revolution

That which is not clear to most, is the image that Athenshad during the 1821 pre-revolutional years. What did the Acropolis look like? What did Monastiraki look like? One of the most important and special historical records about it, was made by the Anglo-Irish tour operator and painter Edward Dodwell. He devoted his life to the study of the Cultures of the Mediterranean basin and left as a legacy of gravures of Athens, as well as other parts of Greece, before the revolution.

At 1801 specifficaly, together with George Gavras from Santorini and his compatriots William Gell and Atkins, they toured the Ionian Islands, Parga, Fokis, Boeotia and Athens. After finishing his tour and the recording of the history of various Aegean islands, he then visited Istanbul.

The images he left behind are typical of the picture of Athens at that time. You can see the Acropolis in the early 19th century. At that time, on the Holy Rock, one could distinguish the Frankish tower that is not preserved today among other things . 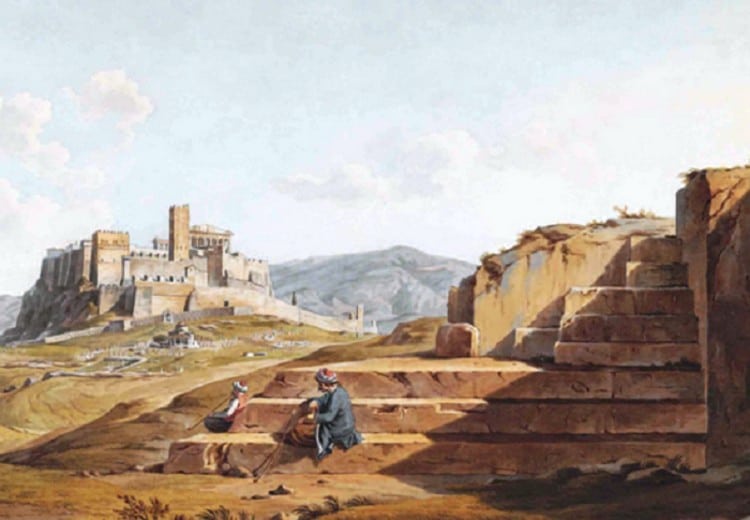 On a journey from Nafpaktos and Galaxidi, Dodwell climbed to Parnassus mountain, visited Delphi and through the villages of Boeoteia arrived in Athens, where he took part in archaeological excavations.

He himself had written in the foreword of his travelogue. “I wanted to visit Greece, explore the antiquities, compare its past with the present and not omit anything that could be an object of interest or a source of joy for the antiquity-lover”And he did. Apart from him, of course, other excursionists managed to capture scenes and views of Athens in the period before 1821. Images that take you on a travel through time

You can see what the bazaar looked like in Athens and the famous “Aerides” (Airs).Have a picture of the dirt roads and the Ottoman element which of course was very intense at the time. Not only in Athens but also in the rest of Greece. The images also show the vegetation in Athens, where sheep graze. It is rich and the rivers Ilisos and Kifissos give moments of coolness to the locals helping them grow fifty thousand olive trees.

Rare collections of gravures you can also find in the National Historical Museum which is the oldest institution of study of the modern history of our country. The evidence that tells the evolution of the modern Hellenism to this day has been exposed with great care in the museum for many years. 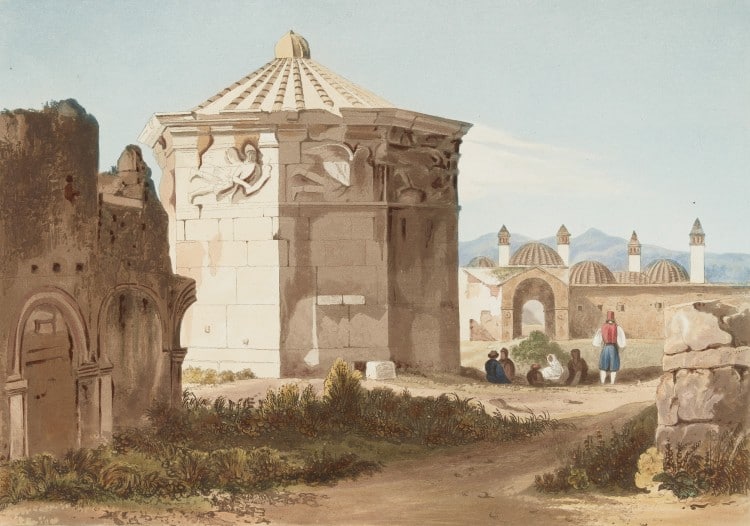 Another aspect of Athens that we certainly don’t see often…