Athens is full of secrets and stories from the past. And how could the Acropolis and its monuments that have been standing there for thousands of years not have its part in these stories? There is something that few know about, although they may have noticed it from afar.

On the south side of the Sacred Rock, there is a church, that is also known as Panagia Spiliotissa. But let’s start from the beginning. There on the south side of the acropolis rock you can see a cave. At this point there is a monument that catches your eyes as they look over the Theatre of Dionysus. We are talking about the – unknown to many – sponsored monument of Thrasyllos.

It was created around 320 BC by Thrasylos, an organizer of the Great Dionysian Games and had the form of a small temple that looked like a model of the sponsored monuments. The monument collapsed after a bombardment in 1827, during the siege of the Acropolis by the Turks. The iron bars there today, state in their own way that something valuable is hidden inside.

There also exists an unknown church, a secret that few know about, that is located in the Acropolis and specifically at its feet The elders, however, know about Panagia Spiliotissa (Virgin Mary of the Cave) which was formed during the Ottoman rule. The ancient and the christian monument coexist in front of and behind the cave simultaneously. 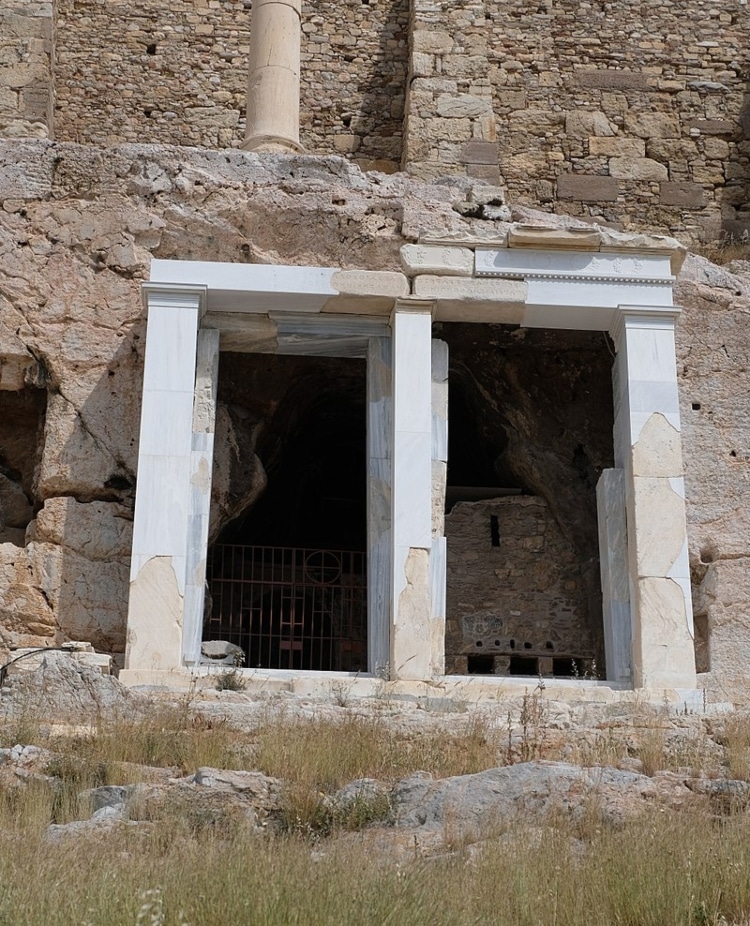 After the establishment of this small church in the cave, the sponsored monument was preserved almost intact until 1827, with certain morphological alterations, such as the blocking of its two openings with walls. And it was always a beloved theme in the historical iconography of the monuments of Athens of the 18th and early 19th centuries. At the beginning of 2017 the sponsored monument was renovated and the walls of Panagia Spiliotissa were restored, inside the cave. The Acropolis has been hiding this secret for years very well…

Athens: The road that has the same name for 25 centuries

Meet the alternative and atmospheric Astypalaia