The most famous region of Attica is today

by Exploring Greece TV
in ATTICA, South Attica
A A

Today it is one of the most famous districts in Attica and is a hangout for many from the southern suburbs. The history of this region, however, is not recent as it seems that always been a favorite destination of the Athenians. The reason for Glyfada or aixoni as it was once called.

Who was aixoni and where did she get her name?

The old municipality of Aixoni was located in the southeast of the main city of ancient Athens. It was essentially located among the municipalities of Alimountos and Aixonides. Based on the archaeological findings in the area of the church of Agios Nikolaos and according to John S. Traill “the main location of the municipality is as we said in Glyfada. There were, however, parts of the ancient municipality corresponding to parts of modern Ano Voula.”

The origin of the name has not been scientifically confirmed. The prevailing scenario is that the name is due to a fish. One could say that it looks like what we call today a mullet, but then they called it an aixoniki triglia. There’s also another different theory. It is believed that the blasphemous ancient inhabitants of the area had some responsibility for this name. That’s because the verb I hate means blasphemy and bad talk, whereas correspondingly axonism means blasphemy.

The various findings found in antiquity times show that the inhabitants of Aixoni had no financial problems. Quite the contrary. They lived with riches and no problems. They were engaged in trade, fisheries and agriculture. The human presence in antiquity times, testify to the foundations of ancient houses that have been found in seven different parts of the region.

The favorite place of The Athenians in Attica in the summer 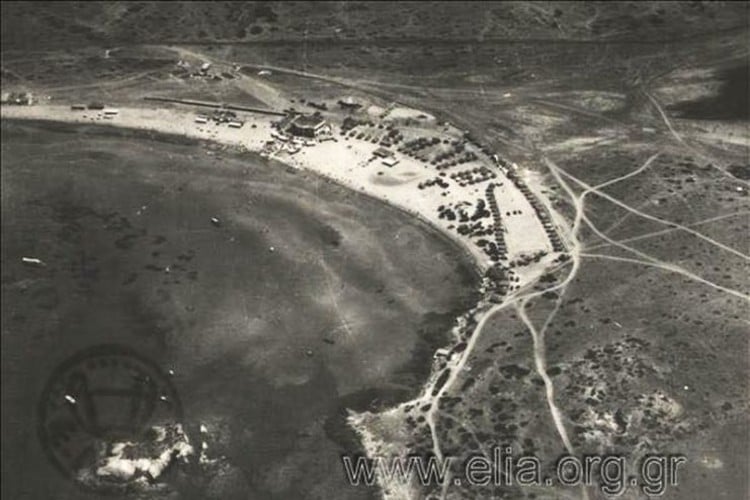 So this area of Attica seems to have always been a favorite destination of the Athenians in the summer. There were not many buildings in Aixoni in the 1900s, In fact it was a large country area with pine trees and without residents. But it was already a famous destination for holidaying and camping. It is no coincidence that many summers they have been the resort for members of the royal family. In the summer the area received an average of about 10,000 excursions.

Thousands of Athenians liked to take their swim in old Glyfada. After all, at that time the area was considered the countryside of Attica. It was actually a great excursion that one had to make from the center of Athens.

In the preserved images, there is also a church, which survives to this day and is a trademark of the area. This is none other than the church of Agios Konstantinos and Eleni. The chapel was originally destroyed in 1942 by a German bomb but later they began to build a large temple that stands to this day. 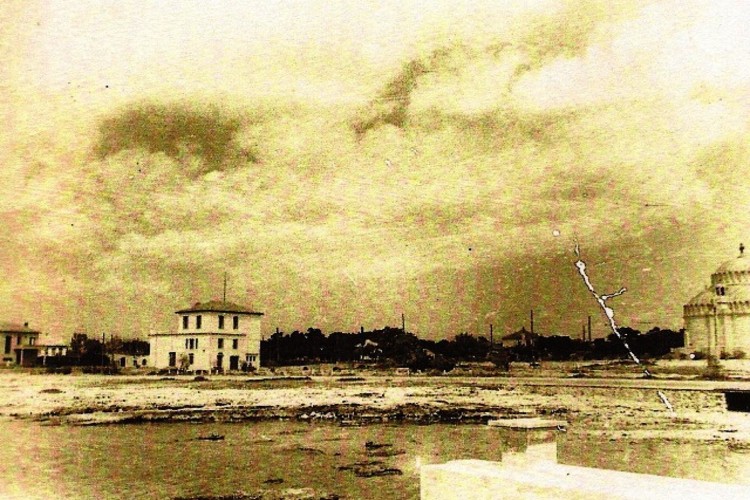 The church stands out for its architecture not only in the area but also throughout the area, the impressive think is that it has no support columns. This structure is possible by four spherical triangles that eventually end up in four pessus [columns].

How aixoni was named Glyfada? It took this name when the first wells had brackish water .

A day on Angistri: what to see and do

Four main reasons why Pangrati is a good hangout

Paved in a day: the history of Syngrou Avenue