An unknown fort for most people,a breath away from the center of Athens

Athens and Attica in general, hide dozens of secrets that are revealed over the years and they are of great importance. One such unknown monument in Attica is the wall “Dema” which is considered to have looked in the past like an Incas fortress.

The wall “Dema” in Attica and its history

The ancient <dema> wall is an ancient wall that has an area of about 4.5 km. It can be seen from above between Mount Aigaleo and Parnitha. It is a monument that has concerned archaeologists about its usefulness and its dating. On the basis, however, of its stonework and ceramics, it is estimated that it was built in the years of the Boeotic War from 378 to 377 BC.

But why was it called that? According to the archaeologist Stirlingdau it was one of the most amazing and mysterious monuments of Greek antiquity. It looked like the Incas stronghold in Sashuhuaman, Peru. It was called “Dema” because it was the connection of the southwest side of Parnitha with the Aigaleo mountain range. It essentially “tied” one area with the other. The wall appears to have had six square towers and a circular one that survives to this day on Pyrgathi hill.

To the east of the “dema” are preserved the ruins of a second more robust wall called the “back Wall” [piso tichos], which is 200 meters long while it is located in the plains of Ano Liosia. It seems that the reason for its existence was on the one hand the repulsion of a major main attack but also the counterattack. Archaeologist Mark H. Munn, in his book “The Defense of Attica – The Dema Wall and the Boiotian War of 378-375 B.C”, wrote in the foreword: “The countryside of Attica is generously scattered with ancient defense works and fortifications, including individual towers and observatories, rubble enclosures, a dam wall (the DEMA wall), and several important forts.” 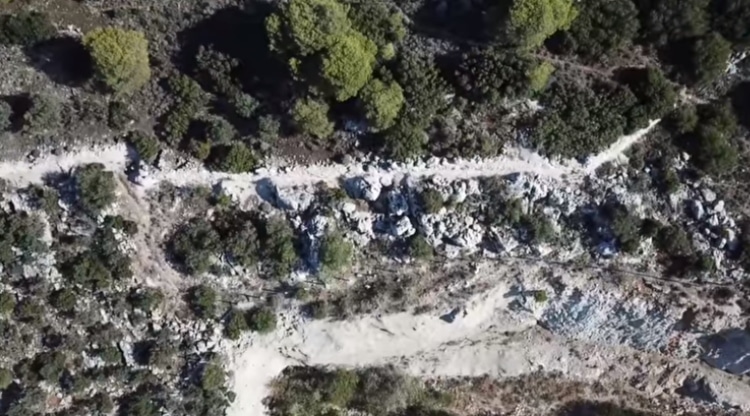 According to Thucydides, in the area where the wall is located, the Spartans camped in the first year of the Peloponnesian War, destroying the countryside of Attica.

Argilos: The Greek beach you have... natural spa