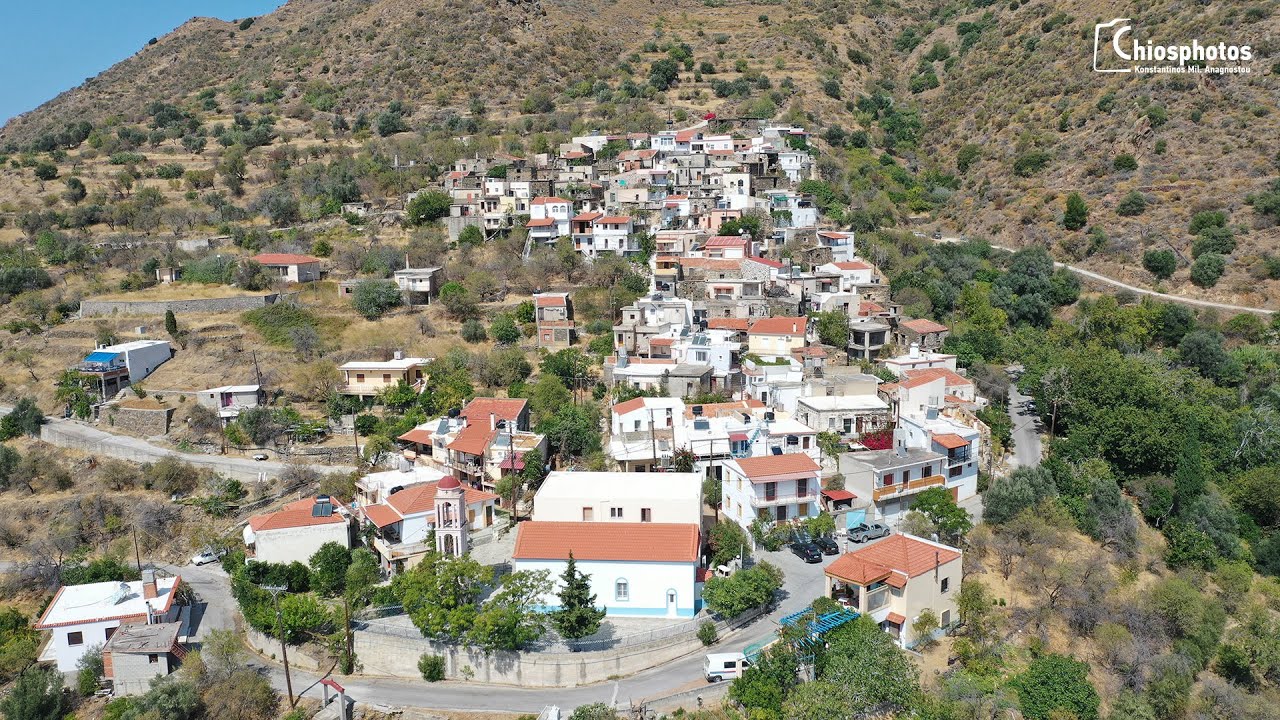 What's so special about the shape of this settlement?

You need a lifetime to get to know all the Greek villages and to learn their history. The more we explore them, we are surprised by the various events that took place there and how they got their name. This is also the case with the Greek village of Trypes. A village of Chios with a special history and many beauties. And of course a strange name you don’t often come across in a village. But there is a reason why they named it like that.

The strange Greek village of Trypes and its history

Trypes is a beautiful village in Chios that is built almost 60 km away from the city. It stands at an altitude of less than 500 meters and is amphitheatrically built with beautiful architecture. The findings have shown that it has existed since ancient times. It changed at least three times its location threatened by earthquakes, floods, and pirates. After various movements of the inhabitants, it came to the location where it is today.

But why was named Trypes (holes)? There are two versions. The first issue says the name Trypes was given because the old houses were low with small windows like holes. On the other hand, now, it is considered that the name comes from the many holes (holes-caves) that exist in the surrounding area.

Due to the peculiarity of the land, all the houses were stone-built a special art by the inhabitants, which passed from generation to generation. It was usually two-storey with the ground floor being at street level. Near the village, on the south slope of Mount Kofina, there is a small cave called Kalogerotrypa.

And something even weirder

If you look up at the village you will see that it looks like it is built in the shape of Chios. This Greek village, then, definitely stands out both for its name and for its shape.